Dunlavy column: League has to offer more than an MOT when vetting takeover buyers 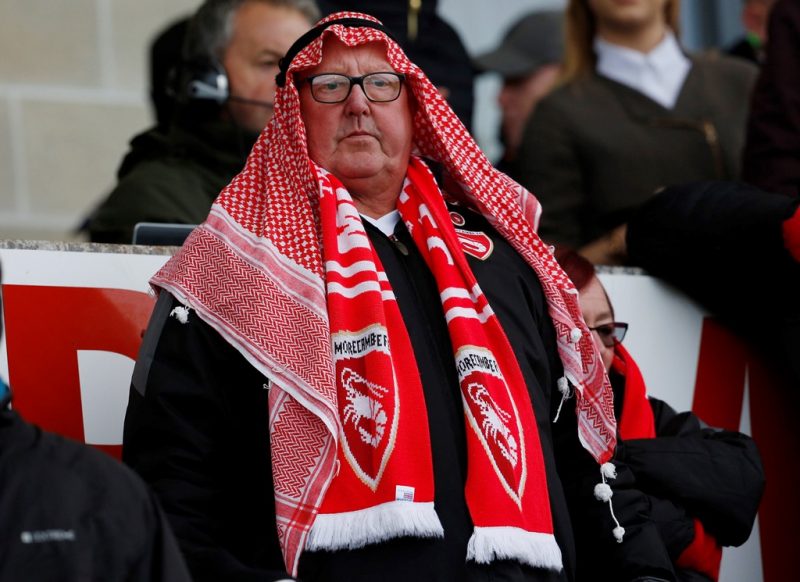 King’s story was worthy of Jackanory. A consortium featuring an Arab ‘prince’ desperate to buy a football club. North Korean mining rights worth £1.9 trillion. A £5m guarantee, backed by a London bank. So what if he was hiding behind a labyrinth of shell companies? Who cared if nobody had actually seen any hard cash?

This was a man who could lure Sven Goran Eriksson to Meadow Lane. A company with the monetary muscle to entice Kasper Schmeichel and Sol Campbell.

Fans, directors, authorities. All were wilfully blind to the danger, unwilling to scratch the nagging itch of suspicion that it was all too good to be true.

Which, of course, it was. King was a convicted criminal, currently holed up in Bahrain with an arrest warrant on his head.

The promised cash was false, just like the Arabian prince. The London bank went bust and the signings served only to saddle the club with £7m worth of debt.

To this day, nobody knows exactly what King and the consortium he led, Munto Finance, wanted from County. Having bought the club for £1, he possibly intended to flip it for a song, using the influx of star names to attract investment and/or a buyer.

Maybe King needed Eriksson to further his own business interests. The eternally gullible Swede was, after all, paraded round Pyongyang like a trophy wife during negotiations over rights to the country’s gold and silver.

Remember, too, that some £200,000 worth of club funds ended up in the pockets of Munto, including £90,000 on five-star hotels. Perhaps it was nothing more sophisticated than grubby theft.

As the full horror of what happened at Meadow Lane sank in, fingers were pointed squarely at the Football League for waving the takeover through.

County’s directors were desperate, the club a mess. They had an excuse for walking into the trap. The League did not and subsequently vowed to “tighten up” its regulations on approving ownership of its clubs.

Yet, seven years on, here we are again.

Diego Lemos, a Brazilian football agent based in Doha, has left Morecambe high and dry.

Awol since November, the 35-year-old’s failure to provide funds saw wages go unpaid, then prompted the resignation of two directors, including Abdulrahman Al-Hashemi, the Qatari moneyman who claims he was ‘seriously misled’ by Lemos.

Peter McGuiness, from whom Lemos ‘bought’ an 80 per cent share in September, has not been paid. And nobody – not the club, not even Al-Hashemi – knows where Lemos has gone.

So, have the EFL’s owners and directors test failed again? Absolutely. The real question, however, is whether any test would have truly protected Morecambe.

Having established a set of rules, the League can only follow them. In the case of County, King ensured his name was on no documentation, even if an alias of L. Voldemort should have raised eyebrows. Later, when Leeds was sold to Massimo Cellino, the EFL were forced to concede that all the Italian’s criminal convictions were spent.

A day of solid Googling reveals only that Lemos is the son and nephew of former Brazilian footballers, whose biggest deal as a FIFA-licensed agent took troubled ex-Botafogo striker Jobson to Al-Ittihad.

Companies House shows two sole directorships, one with an entity called Sports 99 Ltd, the other with G50 Holdings Ltd. Both were set up only in the spring of 2016 and are thus yet to file accounts. Of his other business dealings and general net worth, there is literally zilch.

Again, that in itself is a worry. But Lemos had no criminal convictions, no failed ventures. Proof of funds was provided, albeit through Al-Hashemi. Fishy? Yes, but he didn’t breach any regulations.

Theoretically, the EFL can refuse to sanction any takeover but, as was the case with Cellino. To do so would leave them open to a costly legal challenge. That is why they need a framework.

For Morecambe, it is too late. Al-Hashemi has vowed to ‘repair’ the damage but, having handed Lemos control, it is difficult to see anything but a long and lengthy battle to wrestle it back.

It is a cautionary tale. Ultimately, the EFL’s ‘test’ must be viewed as little more than an MOT. It will test if the brakes work, but not if your engine is about to be destroyed. They simply do not have the resources for anything more thorough.

That leaves the seller  to seek for truth amid a fog of desperation. Sadly, Morecambe will not be the last victim.