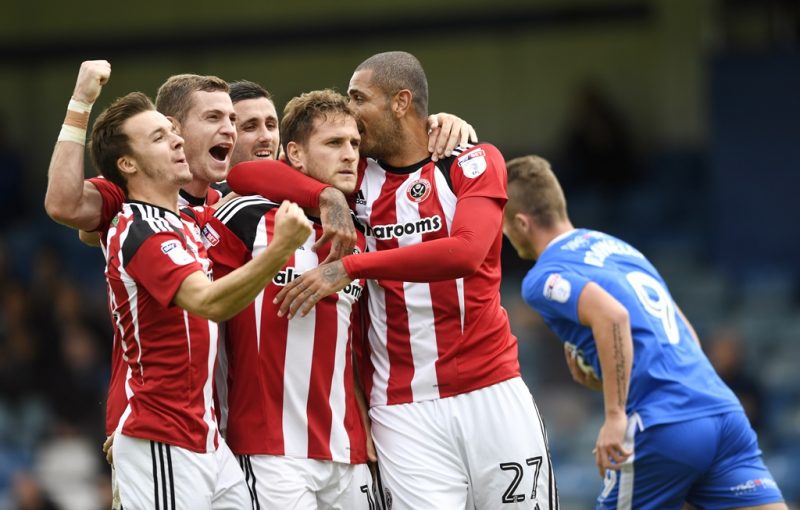 It’s a tough one as everyone is pretty close in the squad, but I would probably go for Danny Lafferty due to our shared Northern Irish background. We seem to get on quite well. The heritage obviously helps. I’ve been playing cards with Stefan Scougall as well recently, so he’ll be up there. We have a lot of good guys in the squad.

Again it’s pretty tough. The few dinners we have been on have been well covered, so I guess we are a pretty generous bunch! But I am going to go for Aaron Ramsdale as he sits beside me and can come across that way!

I’ll go for Leon Clarke. He came in a big yellow rain jacket one day. It was just awful. In general, the team dresses quite well, to be fair. If I had to pick the absolute worst I’d go for Aaron Ramsdale. He wears these horrible baggy tracksuits, which are pretty bad.

DJ in the dressing room?

Chris Basham fancies himself as a bit of a DJ, but it’s mainly our kitman now! He plays a bit of everything from Arctic Monkeys to Eminem and everything in between, which could be a lot worse.  Some of the lads have some odd tastes. He’s definitely the main DJ now.

Ben Whiteman, Mark Duffy and Jack O’Connell have been late a few times. I blame the travelling really, so if roads are closed from Manchester then it can be troublesome. It isn’t just oversleeping all the time despite what people say!

I’m going to go for Billy Sharp as that is his job as captain. It’s a tough job and Billy does it well. Other than that, I wouldn’t say we really have one. Everyone has a good relationship with the manager, so that type of relationship doesn’t exist here, which is good.

Harry Chapman. He’s often throwing a few moves before a match, which is pretty funny, so I’ll go with him, particularly when some tunes come on that he likes. He’ll be there dancing away and making us all laugh. He has some good moves too!

I am ashamed to say myself. I have a Celtic cross on my arm that I had done when I was 17. I was away from home and thought it’d be a good idea. It wasn’t done very well and probably not the best decision to make, but then who does make good decisions at 17? The lads remind me of it a lot.

I couldn’t say. I haven’t seen too many with a nice winter tan. I’m sure we’ll find out as the winter draws in. I’ll be sure to keep an eye out for who has a bronze tan when the snow is coming down, and no doubt they will be laughed at.

I’ve never been on an unbeaten streak this long in my career, so I would have to say the current manager, Chris Wilder. He has got us playing very well and everything he has been doing to get us all together quickly has been a big plus for the club. Hopefully, we are going places.