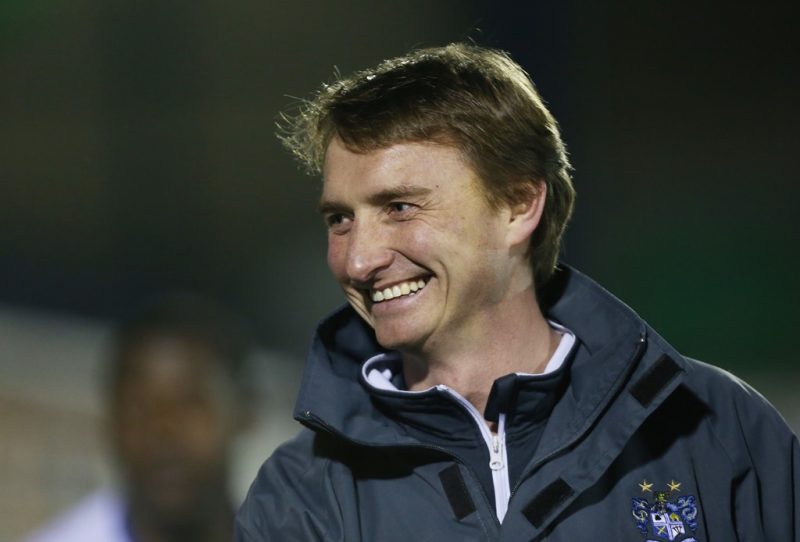 CHRIS Brass, own goal. Whatever the new Bury manage achieves in his career, those four words will forever dog his days.

Ten years ago, Brass was playing for the Shakers in a League Two match against Darlington when he attempted to clear a looping up-and-over.

To his total disbelief, he leathered the ball into his own nose with such force that it shot past a young Kasper Schmeichel and straight into legend.

DVDs, clickbait lists, countdowns – almost all are topped by the defender’s act of inadvertent comic genius. The YouTube video alone has more than 900,000 hits.

“I was standing right next to Brassy,” recalls Dave Challinor, a team-mate at Gigg Lane. “I’d put my hand up hoping the lino would flag and, as I turned round, Brassy’s somehow smashed the ball into his own face.

“It wasn’t a big stadium at Darlington – maybe only 4,000 people – but each and every one of them was laughing. We were aghast and I’m sure Brassy wanted the floor to open up.

“When we went in the dressing room, nobody said a word. Everyone was looking round at each other thinking ‘Did that really happen?’”

Having seen Brass upgraded from caretaker to manager on the back of four defeats in as many games, plenty of Bury fans are asking themselves that question all over again.

This, after all, is a man whose managerial CV amounts to 15 victories from 75 games, relegation from the Football League and a win percentage of just 20 per cent.

Yet, if the 41-year-old’s record is worrying, it is also misleading.

Of those 75 games, all but eight were contested more than a decade ago when Brass, aged just 27, was ludicrously – and hopelessly – tasked with keeping York in the Football League.

Haemorrhaging cash and lacking a manager, following the dismissal of Terry Dolan, York’s inexperienced new owner Jason McGill needed a cut-price leader. The man at the heart of their defence was the closest he had.

In a sense, their logic was sound. As a person, Brass was intelligent and articulate. A talented scholar, he considered A-Levels and university before, ironically, a careers adviser urged him to accept a YTS at Burnley.

As a player, first at Turf Moor, then at York after Stan Ternent forced him out, he was renowned for his tenacity and leadership ability.

“Chris was a good footballer, but his personality was his strength,” said Darren Edmondson, a team-mate in that York side.

“He got on really well with everyone, was always involved in all the social side of things. He commanded a lot of respect. He didn’t have fantastic ability, but he was committed, fearless and knew how to organise a back four.”

Unfortunately, he didn’t have the experience or contacts to rescue York. A workable budget might have masked such flaws, but, with fans shaking buckets at every home game, Brass was badly exposed.

Having started the 2003-04 campaign with four straight wins, York’s form nosedived. After20 games without a win, they lost 2-1 at home to Doncaster and dropped into the Conference for the first time in 75 years.

“It was incredibly difficult for Chris,” insists Chris Smith, a player in that side. “We were struggling financially, and with so many young players, it affected us badly.

“I remember, in our back three, I was the oldest at 21! That tells you what Chris was dealing with and we had such a number of injuries and suspensions that things just got worse and worse.

“The only good thing that came out of that season was that we didn’t go into liquidation.”

“It was tough,” he said, “but I’d hate to think that, at 35, I’d have finished my career and wondered what might have been. Asking yourself, ‘What if?’ can be a horrible feeling.”

Professionally, the episode cost Brass more than his place in the dugout.

At 29, a defender who once marked Steve McManaman to death and drew scouts from boyhood heroes Sunderland suddenly found himself loaned out to the likes of Harrogate and Southport.

With typical resolve, he bounced back. “I just approached every game like I was still playing in the Championship,” he said.

Chris Casper, a young manager at Bury,  soon recognised that Brass belonged in the Football League and, in 2006, snapped him up. 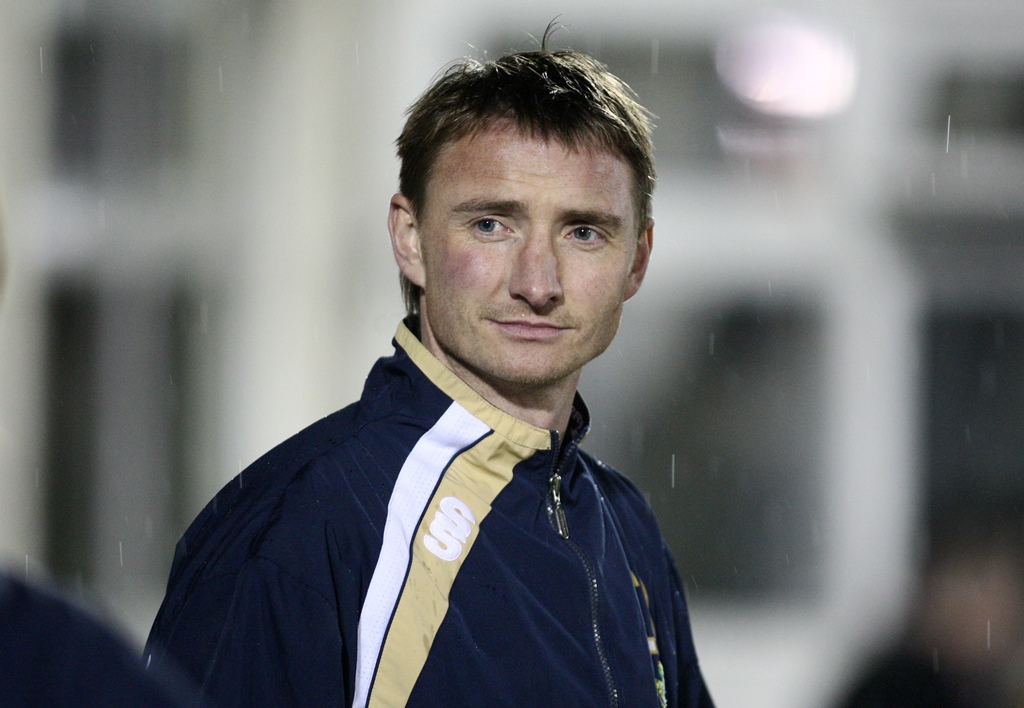 Leader: Brass during his spell as caretaker manager back in 2008

“He gave us attitude, experience and motivation,” said the former Man United man. “He was exactly what we needed.”

It would prove the start of an enduring association with the Shakers.

Though his friendship with Alan Knill would take him to Scunthorpe and Torquay as a No.2, Brass has spent the vast majority of the last decade at Gigg Lane, doing everything from restructuring the youth system to managing the first-team.

“I don’t think there is any position at this club that I haven’t done,” he said.

“I’ve helped out with the kit, looked after the youth set-up, been assistant manager, manager and helped clear snow off the pitch. This club gets under your skin.”

Now, with his coaching badges complete and the lessons of his York baptism banked, he has been handed a six-month contract to resurrect Bury’s season.

This time, reckons Andy Bishop, it won’t prove an own goal to match those of the past.

“He has the ways to motivate players. He knows and cares about the club immensely,” said the ex-Shaker. “He knows the level and is tactically astute. He would be my choice.”