Home / Featured / Bigirimana on his tale of fleeing civil war, shielding himself from racism, and getting back to his best at Coventry

Bigirimana on his tale of fleeing civil war, shielding himself from racism, and getting back to his best at Coventry 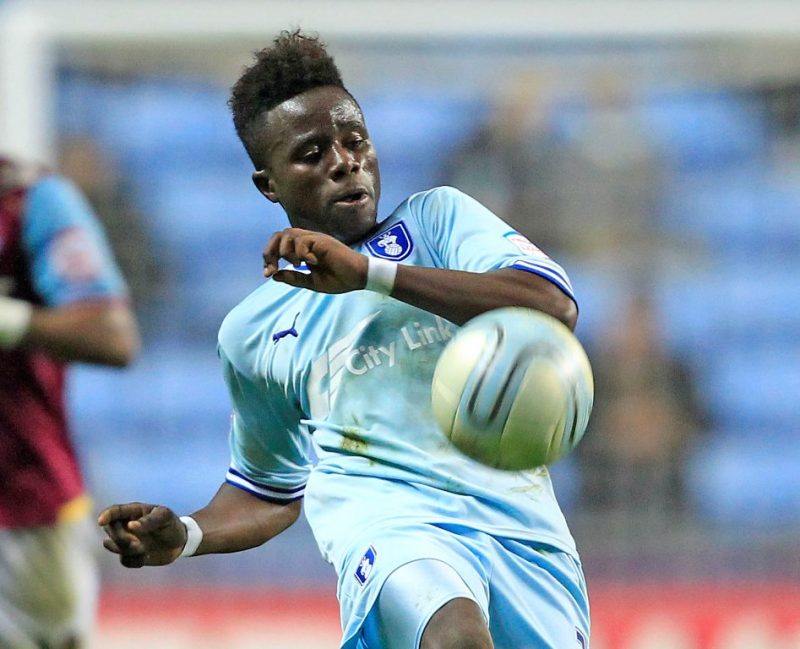 On a mission: Coventry’s Gael Bigirimana is working for Kick It Out (Photo: Action Images)

FOR kids of nine and ten, the idea of growing up in the war-torn East African nation of Burundi would seem unimaginable.

Yet, as Gael Bigirimana tells his story to the wide-eyed youngsters of Alderman’s Green Primary School in Coventry, it is the similarities that strike home.

“My days in Africa were like my days here,” says the Sky Blues midfielder.

“Go to school, come home, play football in the street until it was dark and then go to sleep. The only difference was that we played without shoes!”

Born in the Burundian capital of Bujumbura, Bigirimana arrived in the UK as an 11-year-old, reuniting the family after three agonising years apart.

Sensing an escalation in the bloody civil war between Hutu and Tutsi forces, his mother had made the devastating decision to leave her family behind in 2001, hoping to lay the foundations of a life for them in the UK.

Having first fled to Uganada, Gael, along with his father, brother and two sisters, belatedly joined her, escaping a conflict that eventually left 300,000 dead.

Bigirimana describes his journey from the streets of Bujumbura to the midfield of Newcastle and Coventry as a miracle, yet is humble enough to dismiss any ‘rags to riches’ cliche.

“The truth is, my life in Africa was good,” he says. “You’d always hear rumours of war and trouble, but, to be honest, I was lucky.

“My mum had a good job that paid well and we never knew any struggle. I was happy.

“It was tough in the sense that we were separated by war. It was different to the genocide in Rwanda. Not as bad.

“But the situation was gettng worse and my parents saw an opportunity to make a better life for the children. We spent three years apart which was hard, but we were a close, tight family so we survived.”

It is this message – of focussing on common ground, rather than difference – that committed Christian Bigirimana is pressing home today.

An enthusiastic volunteer for any kind of community work, the 23-year-old has joined Kick it Out’s ‘Next 20’ campaign against discrimination. Having already spoken to inmates at Durham Prison, he’s now targeting the younger generation.

“The kids are great,” he says. “I told them my story and they were asking me if I’d ever experienced any racism and how I deal with it. It was good to hear how they think about the issues and I learned something from them.

“To be honest, I haven’t actually experienced much racism in football. There were a couple of moments when I heard something wrong, but, because of my faith, these things bounce off.

“If somebody says something racist to me, I think ‘That’s their problem’. It doesn’t affect who I am or the way I view myself.

And it’s not as if I’m being kicked or punched, you know? They are just words.

“But, at the same time, I know it is a different story for some people. And just because I am not affected, that doesn’t make it OK. Right is right and wrong is wrong.

“Black, white, mixed race – it’s just skin. We all have a nose, two eyes and a heart.

African or English, we are all basically the same. That is the message.”

Having bagged a trial at Coventry and then come through the ranks, Bigirimana’s blistering emergence as a teenager yielded a £1m switch to Newcastle in 2012.

The move didn’t work out and he is now back at the Ricoh. Does he regret leaving?

“No, no,” he insists. “Leaving was a good experience and I learned a lot. But I was talking to my wife and we both said that coming back here feels right.

“I can get back to playing at the level I was before. I think it is all part of God’s plan for me.”