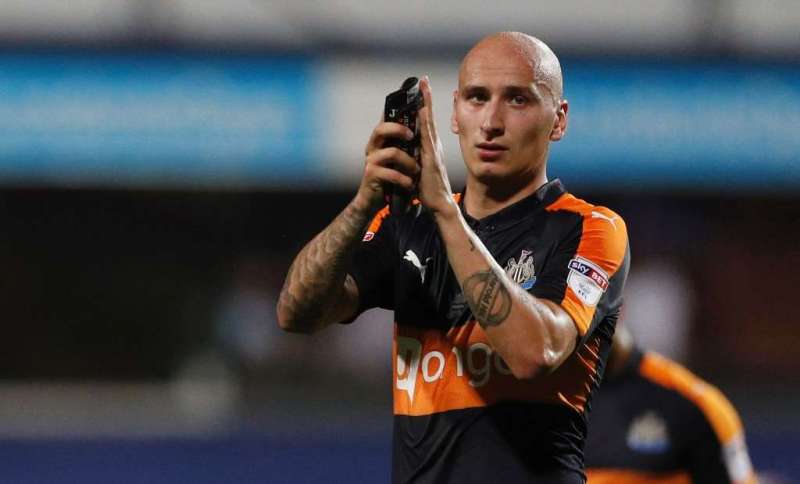 Newcastle United midfielder Jonjo Shelvey, 24, has been handed a five-game ban and a £100,000 fine after being found guilty of using racially abusive language.

The ban comes after an incident during the Magpies 2-0 defeat to Wolves at St James’ Park in September which involved Moroccan Romain Saiss, and Shelvey now has seven days to appeal.

In the aftermath of the incident, BBC reporter Pat Murphy said the case had been brought to the referee’s attention immediately after the final whistle by one of Saiss’ teammates.

According to the FA, Shelvey’s behaviour was an “Aggravated Breach as defined in Rule E3(2), as it included reference to ethnic origin and/or race and/or nationality”.

A Newcastle statement said they will refrain from any comment on the matter until receiving the FA’s written reasons for banning the Toon’s midfield maestro, who will be a big miss to their promotion push.

If upheld, the first game Shelvey will miss will be Boxing Day’s clash with fellow promotion hunting Sheffield Wednesday, before also having to sit out the fixtures against Nottingham Forest, Blackburn, Brentford and the FA Cup visit to Birmingham.

With Brighton breathing down the necks of Newcastle, Benitez will want his play-maker back as soon as possible, but he will have to wait until January 21st and visit of Rotherham before Shelvey can be considered for selection.