Home / Features / Columnists / Dunlavy column: The virus which is destroying Coventry City from within

Dunlavy column: The virus which is destroying Coventry City from within 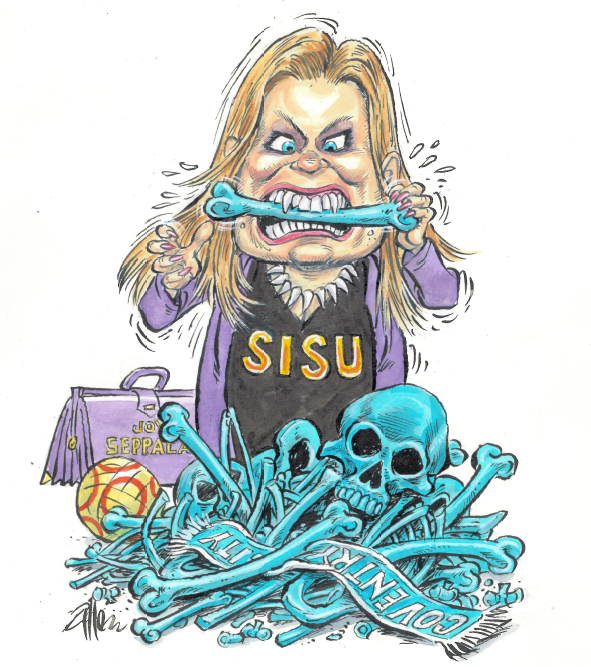 WHEN American businesswoman Joy Seppala sought a name for the hedge fund she founded in 1997, her Finnish heritage clearly came to mind.

In Finland, the word Sisu is used to describe the national traits of stoicism, tenacity and resilience.

During the merciless battle against Soviet occupation during World War Two, it came to embody the Finns’ dogged determination to keep fighting after most people would have quit.

“Sisu is the strongest word in the Finnish language,” said Arthur Lydiard, the legendary Kiwi athletics coach, who spent 19 months working in Helsinki during the 1960s. “You tell a Finn he doesn’t have Sisu and it’s like spitting in his face.”

How Seppala’s ancestors would turn in their graves to see what a perversion of those traits her brainchild has become.

Sisu, the virus that is destroying Coventry City from within, is determined all right. Determined to hang on to its failed investment come hell or high water. Determined to squeeze every last pip out of a bone-dry, rotten lemon.

Determined to continue inflicting the wanton neglect that this week sent a woefully weak squad to the foot of League One. It is a new nadir in a decade which has regularly plumbed the depths.

In October, Coventry supporters – aided by the lawyer who helped Pompey Supporters’ Trust rescue Portsmouth – invited Seppala for talks to discuss a possible takeover. She didn’t bother to reply, instructing lawyers to inform the group that the club was not for sale.

Not that there’s much left to sell. Sisu owns a youth team, a place in the Football League and a training ground. Even that is under threat, with the Coventry Telegraph revealing in September that Otium, the Sisu-owned subsidiary currently ‘running’ the club, held secret talks with the council about building houses on the site.

Tenacity? In spades. Take the long-running battle with Arena Coventry Ltd, owners of the 50 per cent share in the Ricoh Arena that Sisu desperately covets.

In 2012, Sisu arbitrarily elected to stop paying rent on the grounds that it was being overcharged.

Did it care that Coventry were forced to play ‘home’ games in Northampton? Of course not. Hell bent on persuading ACL into selling its share, the players and supporters were simply collateral damage. Unfortunately for Sisu, Coventry City Council loaned ACL £14.4m to cover its losses.

Sisu claimed this amounted to “inappropriate” state aid and demanded a judicial review.

Having been accused of having “no strategy to sustain a football club” by the judge, then laughed out of an appeals court in September, Sisu has now taken its case to the Supreme Court at an estimated cost of £1m in legal fees.

How Mark Venus, the caretaker manager, who this week described Coventry as a “sorry club”, could use that in January. 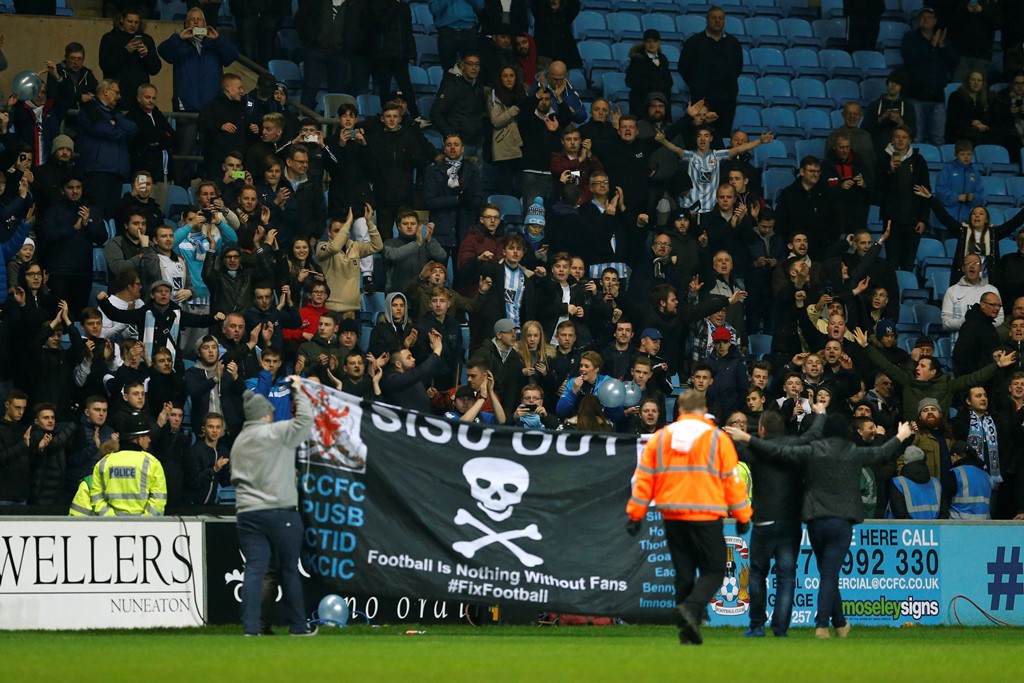 Sisu has lived up to its name in the worst possible way. And the sad thing is, nobody even knows why. Clearly, money is the root cause, but it is difficult to see where any can be made.

Given the scarcity of assets, liquidation is senseless. Selling the training ground would yield just £2m. Should the Supreme Court rule against Sisu, it is out of options.

Maybe that will be the cue for Sisu to finally end nine years of torment and sell up. If not? At this rate, the 30th anniversary of Coventry’s historic FA Cup triumph in 1987 will be marked by an equally historic descent to League Two.

Not since 1959 has this famous club sunk so low. Worse yet, Coventry do not have an agreement in place to remain at the Ricoh beyond this season.

The question must surely be asked: if Sisu won’t sell, has the time come for supporters – many of home are already boycotting matches – to reboot the club in Non-League? Wouldn’t it be better to pour money into a club with heart and soul than into the pockets of bloodsuckers with none?

Cutting ties would be heart-breaking, the path back to respectability slow and arduous. But Wimbledon’s weekend clash against MK Dons shows what can be achieved.

Dons fans showed sisu in the face of adversity. Maybe it’s time for the Sky Blue army to show Seppala and her cronies the word’s true meaning.

One thought on “Dunlavy column: The virus which is destroying Coventry City from within”