Dunlavy column: Coup on Dean Holdsworth’s stake in club which he helped in troubled times 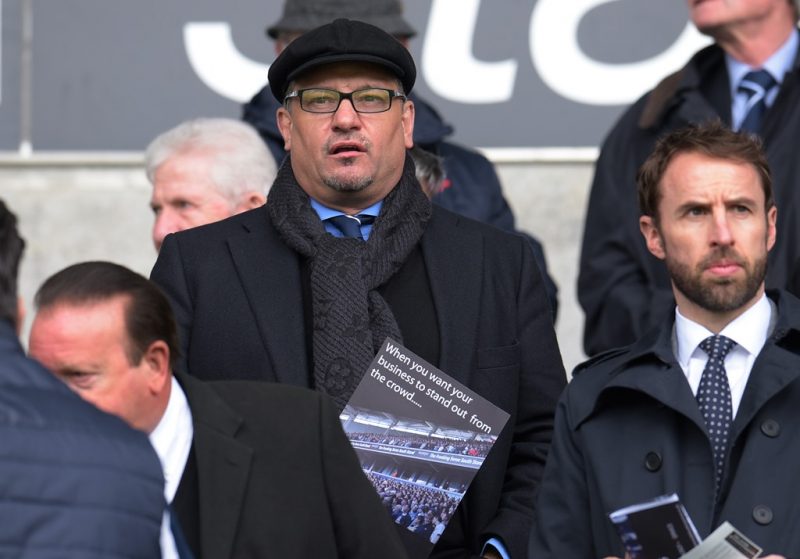 YOU have to feel sorry for Dean Holdsworth. When Bolton lay like lepers at death’s door, he was the only man willing to offer salvation.

Now, after a coup by business partner Ken Anderson, the 48-year-old director is about to be turfed out of the boardroom.

Ex-Trotter Holdsworth was the poster boy for the March takeover, a beaming, giddy kid promising to instal himself as chairman and bring the good times back.

Anderson was the guy with the reddies after Holdsworth had failed to secure Indian backing.  Yet, from the moment the contracts changed hands, Deano was slowly and gradually sidelined.

This week, the Machiavellian manoeuvring climaxed with a craftily-planted story that Bolton faced administration, avertable only if Holdsworth sold his 40 per cent stake to Anderson. An exaggeration? The lack of a detailed explanation certainly suggests so.

Yet, having so publicly vowed to rescue the club, Holdsworth was backed into a corner. Checkmate.

Anderson’s motive may well be profit. And the most obvious way to maximise that is a Milan Mandaric-style flip.

The former Pompey chairman specialised in buying clubs at rock-bottom, reviving them with minimal investment and then selling up for millions. Sheffield Wednesday, bought for £1 in 2010, went for £30m five years later.

Former owner Eddie Davies wrote off £170m worth of debt in selling Bolton to Sports Shield, the front for the Anderson-Holdsworth takeover.

Like Mandaric, they paid just a quid for the privilege, plus £7.5m in running costs. Now, relatively debt-free and poised for the Championship, there is clearly money to be made.

Rumours of Saudi investors sniffing round the Macron Stadium were swiftly dismissed by the club a week ago. Even if untrue – and the timing is a remarkable coincidence – others should be easy to entice.

Time will tell and, if the club thrives, Bolton fans won’t care.

They do, though, have much to thank Holdsworth for. He may have been played like a fiddle but, without his efforts last winter, the Trotters might not even exist.