Home / Featured / Wagner: ‘It’s important to realise what is unrealistic and what is possible’

Wagner: ‘It’s important to realise what is unrealistic and what is possible’ 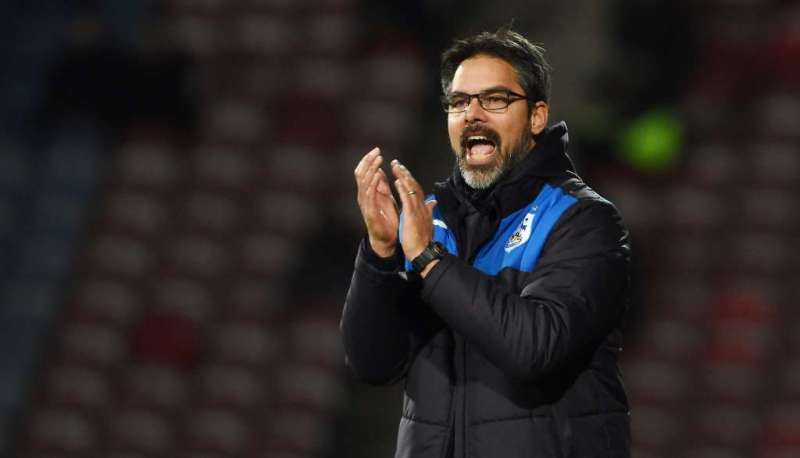 TO call David Wagner a football nerd doesn’t quite do the Huddersfield boss justice. Here, for instance, is his itinerary for the last week.

“On Friday, I went to Barnsley,” laughs the 45-year-old. “On Saturday, Rotherham. This week I will watch Liverpool against Leeds, Man United v West Ham. Last week I watched two games in Germany.

“Do I ever switch off? No. Never. Football is always around me. Sometimes it’s in the front of my head. Sometimes in the back. But it’s always there, even if on a day off. Even in the summer.

“Normally, I think 80 or 90 per cent of what’s on TV at home is football. I’m sure my family would like to watch something else, but they have no choice!

“But I would hate that to sound negative. Except my family, football is the biggest thing in my life that I enjoy, so it’s happy days.

“Sometimes, my job can be tough. Sometimes there is pressure. But it never really feels like work because there is nothing else I would rather do.”

In recent weeks, the German’s infectious enthusiasm must have slipped a little. For two months, the Terriers terrorised all-comers, beating leaders Newcastle at St James’ Park, winning at Elland Road and racing clear at the Championship summit on the back of Wagner’s ‘full throttle’ football.

Just as Jurgen Klopp, his old friend from Dortmund, had transformed Liverpool into a Premier League force, so Wagner appeared to have turned the perennial strugglers into shock promotion contenders.

Recent events, however, suggest reality has struck. Last weekend’s 3-2 reverse away to Cardiff marked Huddersfield’s fourth defeat in six matches. More worryingly, a side that conceded just ten goals in their first 12 matches has now shipped 13 in the last five – ten of them from set- pieces.

Given Huddersfield’s financial restrictions, was this always bound to happen? Was it ever realistic to expect them to fend off a behemoth like Newcastle?

“No,” comes the surprising answer. “If we look at our competitors in the Championship – their individual quality, their experience, the money they have – then, in my opinion, it is completely unrealistic for us to be in the top six.

“But it is important to realise the difference between what is realistic and what is possible. Was it unrealistic that Leicester would win the Premier League? Yes, it was totally ridiculous. But was it possible? Yes, because it happened.

“Why worry about how strong Newcastle are, or how much money Villa can invest? What matters is that we have a chance.

“This is what I always tell my players. Don’t set goals. Don’t think ‘This is something that we have to reach’. In my first meeting with the group this summer, I said we would set no limits for this season. And if you give yourself a target then you give yourself a limit.

“What matters is the chance, and we have one. People say this division is dog eat dog, but sometimes it’s not the biggest dog who is successful. Sometimes it is the quickest dog or the most hungry. That can be us.”

Wagner’s attitude to Huddersfield’s current defensive problems is similarly upbeat. “The biggest thing is to recognise that it is a mental problem,” he explains. “Not a physical or tactical one.

“When a set-piece comes in, don’t be afraid. Think of all the set-pieces we cleared at the start of the season. You know how to do it, so don’t worry – just do your stuff.” 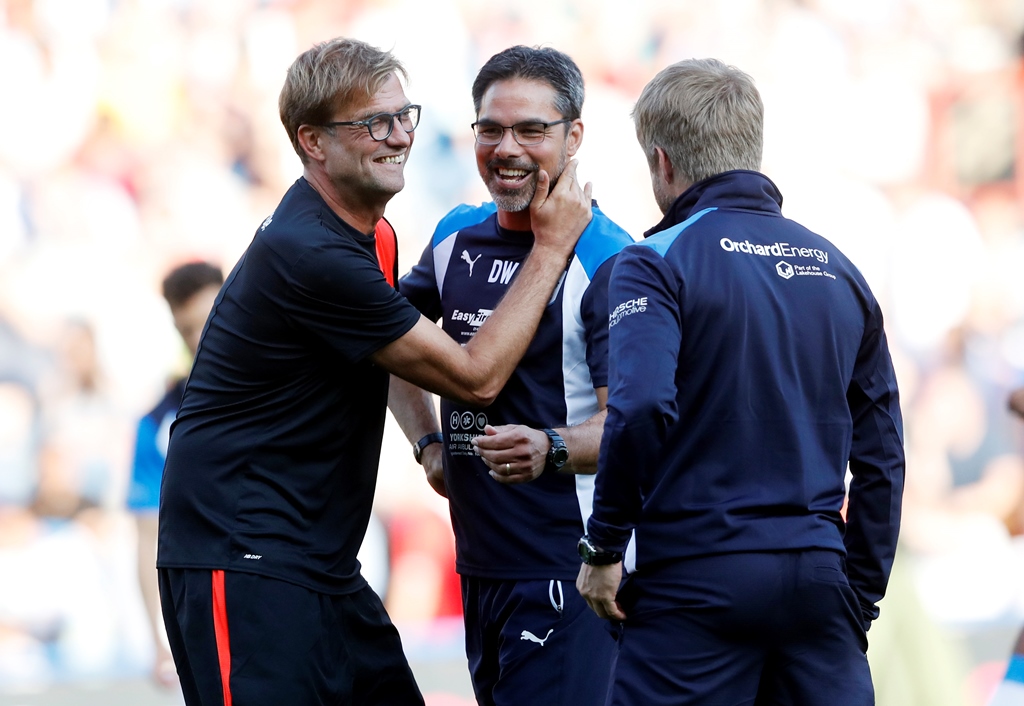 Wagner’s positivity is relentless; though less effusive and ebullient than Klopp, he has the same galvanising effect on players and staff. Is this part of his methodology – does a full-throttle team need a full-throttle manager?

“This is just my personality,” he insists. “I don’t play a role. I am not an actor. I don’t think about this at all. If it lifts people and helps the players, great. If not, I don’t worry about it because I am not going to change.

“That’s been the perfect thing for me here in Huddersfield. Everybody accepts who I am. Nobody asks me to play a role. I can be myself and hopefully people like it.”

Wagner is confident he has the squad depth to maintain a challenge. “I’m totally happy with the squad,” he says. “Phil Billing is a very young lad who came in and scored for us. Jon Stankovic is 19 or 20 years old, just played his first 90 minutes and was very strong. I have Nahki Wells, Elias Kachunga up front. I’m happy.”

On one issue, though, the smile is forced. In his native Germany, players and managers will play just six games between now and January 20th, the result of a month-long winter break. In the same period, the Terriers will play ten times.

With some important fixtures in December against Bristol and Norwich, Wagner would prefer some more rest time for his players. Norwich in particular will be an important game with both teams currently sat at 30 points. While it’s still too early for the odds and online tipster predictions, it’s fair to expect Huddersfield to shine given their current form.

Though typically eager to find the positives, Wagner is convinced the English game would benefit by following the German template.

“We have played 17 games now,” he muses. “If you think about it, in Germany that would be halfway through the season and you’d have your winter break. For us, the busy period is just starting.

“I respect the British culture. But I think if you want to see better performances and better quality – especially at the end of the season – then a winter break helps. That way, the best team will succeed, not just the fittest. There is simply no way that any athlete can perform the same way for ten months without a break.

“We have no experience with this situation. Me, the German players. But again, it is a chance. An interesting and exciting chance for me as a coach to find a way around the problem, to experience a new challenge.

“My message to the players is simple. if you can play full throttle for 46 games just do it. Don’t hold back. If you can’t, raise your hand, give somebody else the shirt and recharge your batteries.”

Today, the focus is on Wigan – and shelving any doubts about Huddersfield’s ability to stick it out at the top.

“For sure, we are one of the biggest surprises so far in the Championship,” says Wagner. “But, at the same time, we have to be honest and say that we deserved every one of those 29 points. We have a chance. We must remember that.”