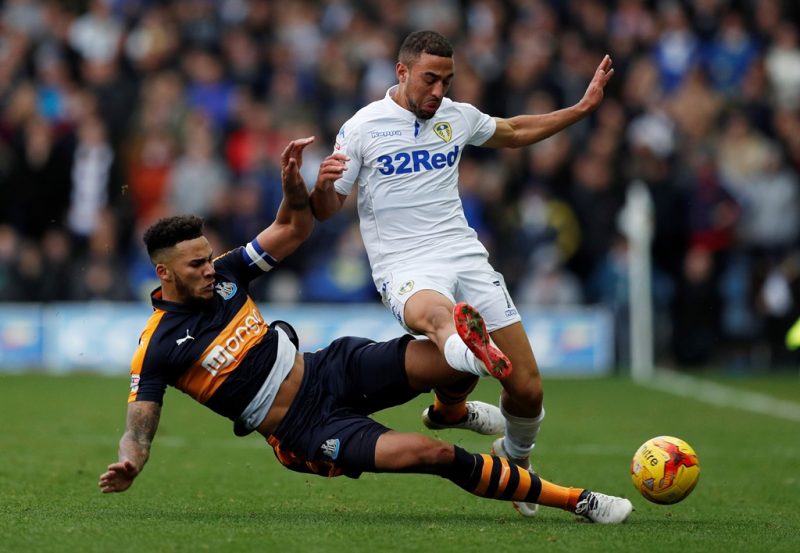 I’d have to say Matt Grimes because we signed for Leeds on the same day. We both lived in the hotel when we first moved here, so we’d always go for food together after training. We had played against each other the previous season and we have a lot of mutual friends.

I’ve been told Charlie Taylor is the tightest. He gets out of paying fines, as well. He either doesn’t pay them or changes the subject!

I don’t play FIFA, but I’d probably say our goalkeeper, Marco Silvestri, because he takes his PlayStation on the coach with him.

Everything Hadi Sacko wears can only be described as ‘lively’. There are lots of bright colours, shine and sparkles. He comes in wearing some shockers. But, to be fair to him, he’s not afraid to wear what he wants.

Kyle Bartley is our DJ and plays a bit of everything – house, funky house, R’n’B, rap, just to get us up for games. I like to listen to Skepta before a game, I like my grime.

He’s on loan at Charlton at the moment. but Jordan Botaka is very, very skilful. He isn’t a show-off, though. It’s just his natural game to do tricks. He just seems to do whatever comes into his head.

We’ve got a good bunch, so everyone is early for training. We get fined if we’re late, but I couldn’t say how much it is because I don’t know!

I’d say Kyle Bartley. He’s got a very good relationship with the coaches because he worked with them at Swansea, so they’ve known him for a long time. A lot of information goes to him first before it goes to the rest of the team.

No-one seems to cook for anyone at Leeds. We always go out for food. I can certainly hold my own in the kitchen. I’m definitely more than a baked beans on toast man. Spaghetti bolognese is my signature.

Hadi Sacko has got some moves and he’s pretty good. He dances quite a bit in the dressing room after games. 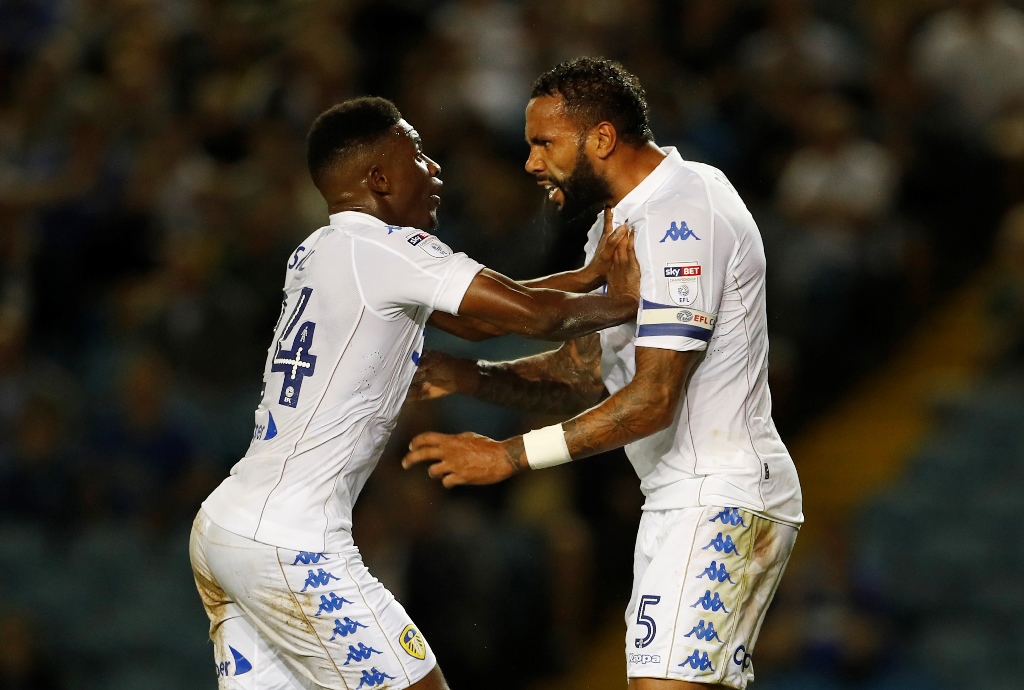 Ain’t no stopping us now: Leeds midfielder Hadi Sacko is one for strutting his moves on the dancefloor (photo by Action Images)

Most likely to disgrace themselves at the Xmas party?

I’m not sure who it would be at Leeds, but at my old club Oxford, it would be Alex MacDonald. He’s very confident and doesn’t care what people think of him.

Marco Silvestri has ‘Made in Italy’ just above his knee, in English. He gets quite a bit of stick from the physios, but we don’t see it that often as he always wears long shorts.

I think we’re all guilty of that. We go out for meals and people are just sat on their phones all the time, as well as in the dressing room after training.

I don’t think anybody at Leeds uses a sunbed, though lot of the lads at Oxford did.

Eunan O’Kane will be very good because he’s an intelligent footballer and knows the game inside out. He’s got a lot of experience even though he still has many years of his playing career left. He’s got a good football brain.