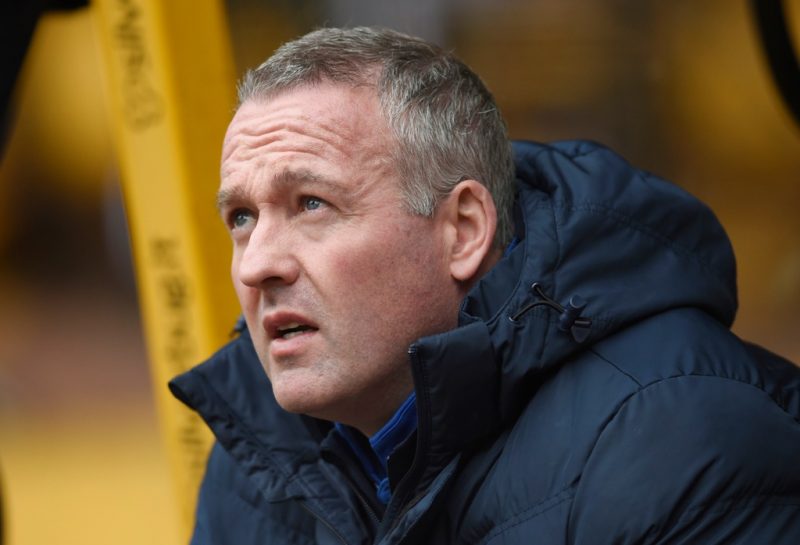 Wolves are set to name Paul Lambert as the successor to Walter Zenga, who was sacked last month after just 87 days in charge at the club.

The former Norwich and Villa boss is seen as a safe pair of hands by the Molineux club, but any official announcement is not expected until after tomorrow’s clash with Derby County.

Caretaker manager Rob Edwards will still be in charge for the home match against the Rams, but with Wolves currently languishing in 17th, the club say they are impressed with the the experience of the Scotsman at this level.

The move for Lambert is in stark contrast to the appointment of Zenga, in July, which was seen as a huge risk that ultimately didn’t pay off.

After the huge investment of Fosun International over the summer, the Italian’s spell in charge yielded just four wins and ended with a five game winless streak.

Lambert will be expected to vastly improve the club’s form, and today his agent is ironing out the final details of the deal, after two previous interviews between the former Borussia Dortmund midfielder and club directors Kevin Thelwell and Jeff Shi.

Sam Allardyce, fresh from his ill-fated spell in charge of England, and Nigel Pearson, who was sacked by tomorrow’s opponents Derby earlier in the season, were also thought to be in the running, but it will be Lambert to take to club forward into a new era.

The board are keen to not take any focus away from tomorrow’s match, but a deal should be concluded, and announced, within 48 hours.