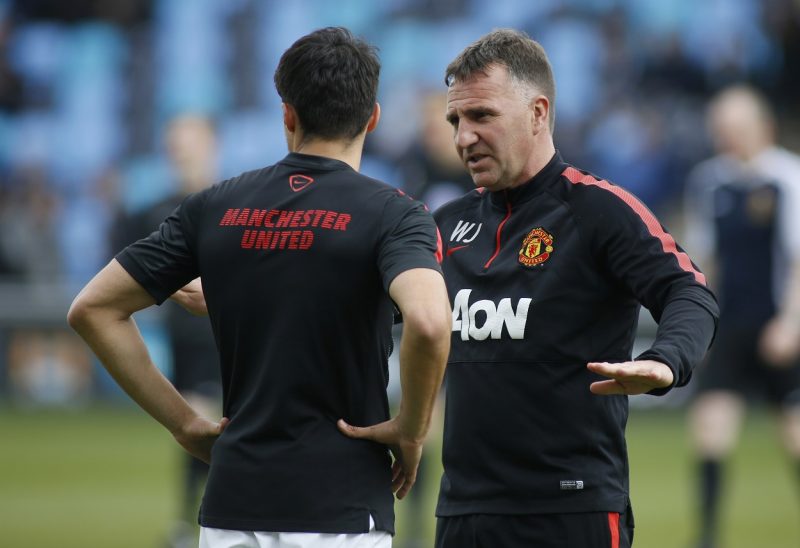 Wigan Athletic have announced Warren Joyce as their new manager on a three-and-a-half year contract to become Gary Caldwell’s successor.

The Manchester United Under-23 boss leaves Old Trafford and will hold his first training session with the Latics first-team on Thursday, ready to take to the dugout on Saturday when Reading travel to the DW Stadium.

Joyce, who also held a role as United’s Under-21 head coach, spent eight years in the academy and reserves set-up and now takes control of a Wigan side looking to leap out of the Championship relegation places.

Latics chairman David Sharpe described the decision to sack Caldwell, who guided the club to the League One title last season, as ‘undoubtedly the toughest decision I have had to make since becoming chairman’. But delivered a statement with similar assertion that Joyce was a candidate to fulfill the board’s objectives.

“Warren has everything we are looking for,” Sharpe said. “He is an exceptional coach who has a reputation within the game for being among the very best at bringing through young players, as his record at Manchester United shows.

“From the moment we met, it was clear that there was a connection. He is a highly professional, focused and ambitious person and we share the same views regarding the long-term vision for the club.

“He comes highly recommended and I am confident that we are appointing an excellent manager.”

Wigan’s statement added in Joyce they had acquired a man ‘widely considered within the game to be one of the best coaches in the country’, with experience in developing the talents of Paul Pogba, Jesse Lingard, Danny Welbeck and Robbie Brady.

Joyce’s previous experience when managing within the realms of senior football stretch only to one team, with a spell at Belgian side Royal Antwerp coming to an end in 2008 after two years.

Since then the 51-year-old has collected five trophies with the Red Devils crop of youngsters, including the FA Youth Cup in 2011. This particular success drew attention from Hull City – the club Joyce finished his career with and become player-manager of – as they sought to find a replacement for Nigel Pearson.

But Joyce elected to stay in Lancashire to which Sir Alex Ferguson commented: ‘”We’re delighted [he’s staying] because there was obviously a concern when he was offered the Hull City job.”

Fondly remembered at Deepdale for his doggedly committed performances in midfield, where he amassed the majority of his 600 career appearances, Joyce now addresses Wigan’s need to win 49 points which typically spares a team from relegation to the third tier.