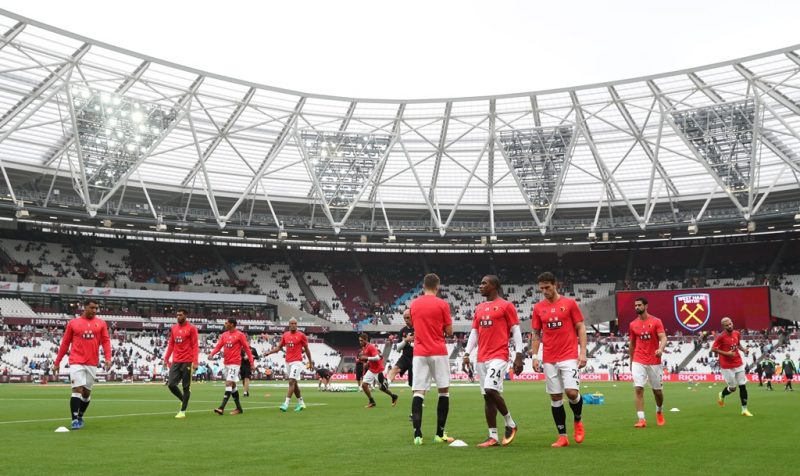 Mayor of London Sadiq Khan has ordered an independent inquiry into the rising costs of adapting the Olympic Stadium in Stratford for use by tenant West Ham United.

The newly-elected Mayor called the situation a ‘total and utter mess’ as the latest bill for the conversion of the stadium increased by £51m to £323m.

The decision made by the London Legacy Development Corporation to award the tenancy to the Hammers triggered the process for making the London 2012 venue a stadium fit-for-purpose.

Retractable seating and a reduction in capacity to 57,000 made it necessary for a new roof to be manufactured to offer shelter to spectators. This ‘transformation’ programme has seen figures balloon year-on-year from its initial cost of £190m – a figure which dwarfs West Ham’s weekly rent of £48,000.

With the overall cost of the stadium now at £752m, Khan has acted to investigate the project which was given the go-ahead by his predecessor Boris Johnson.

A City Hall spokesperson for Khan said: “The mayor is deeply concerned about the finances of the Olympic Stadium, which have clearly been left in a total and utter mess by the previous administration.

“Sadiq has ordered a detailed investigation into the full range of financial issues surrounding the stadium.”

Opposed by fan groups from Charlton Athletic and Leyton Orient, Boris Johnson’s push for regular Premier League football to be played at the stadium led to a £247.5m deal being struck with the LLDC in March 2013 overcoming various legal challenges, including ex-O’s chairman Barry Hearn’s action for a judicial review.

Upon the claret and blue winning the right to hold the anchor tenancy, Johnson declared, “this is a truly momentous milestone for London’s spectacular Olympic Stadium ensuring its credible and sustainable future.”

Legal challenges were instigated once again this year when an order for details of the deal be published without redaction was met with an appeal lodged by the LLDC.

Citing their duty to protect sensitive commercial opportunities, the LLDC were appealing against the motion supported by 14 supporters’ groups which was granted by the Information Commissioner.

The subsequent publication in full revealed that the taxpayer would be paying for the stadium’s stewarding, goalposts, corner flags, cleaners, undersoil heating and floodlights, and what the controversial subject broadcast most recently in the media – the stadium’s security.

Like Khan, Newham Council have also opened up on their concerns over the wild costs pertaining to the E20 site, with Newham mayor, Sir Robin Wales commenting: “I fully support the mayor of London’s call for an independent review into the cost overruns of the London Stadium’s transformation works. It is clear the transformation costs are considerably higher than previously reported and we have a duty to taxpayers to scrutinise this.”