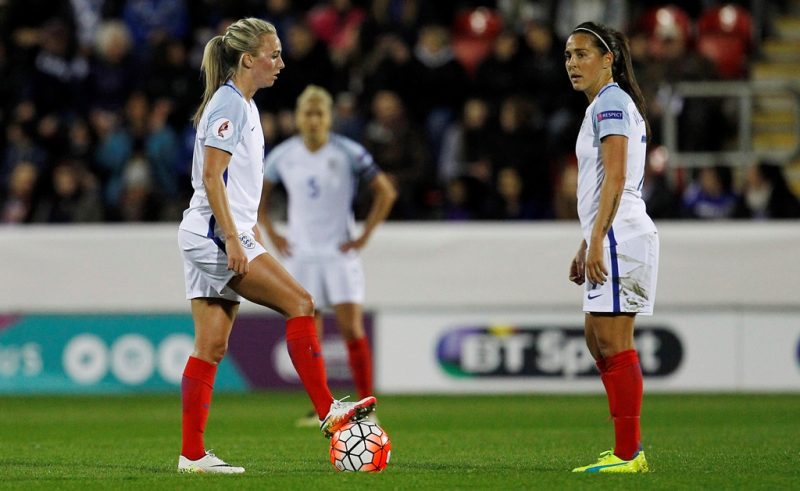 A DOUBLE winner and back in the England squad – after a testing few months Manchester City’s poster girl Toni Duggan is once again smiling in the photos she posts regularly to her 100,000-plus followers on social media.

Though stats show Duggan – the most followed England international on Twitter and Instagram – has featured in 14 of City’s 15 FA Women’s Super League 1 games this term, delve a little deeper and you will discover she has only completed 90 minutes five times.

No longer City’s brightest star seemingly, Duggan lost her England place and did not feature in four successive European Championship qualifiers in June and September.

The 25-year-old describes her season as a “rollercoaster” and there has been a change in direction in recent weeks that coincided with City securing their maiden league title.

Duggan scored the second against Chelsea in a 2-0 win last month that saw them crowned champions and her picture was splashed all over Monday morning’s national newspapers.

Now she is back in favour with England boss Mark Sampson and has a spring in her step after being named in the Lionesses’ squad for Friday’s friendly with France and Tuesday’s trip to Spain.

“I’ve got to be happy with the way the season has gone,” said the former Everton forward. “I’ve won two titles.

“But it has been a bit of a rollercoaster and not the greatest year of my career.

“I had a dip in form between June and August and that was difficult to deal with. I needed to take a step back to go forwards and I feel like that period is behind me now.

“Motivation was never a problem, I had a league title to win and a cup final to prepare for. It was a matter of riding out the storm. 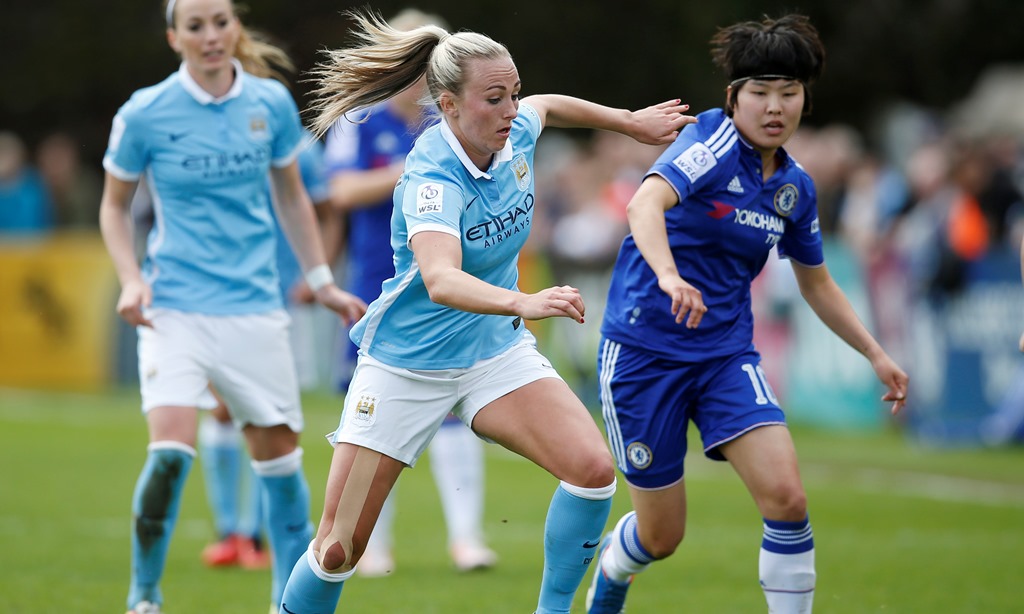 “I took confidence from my family and friends and it’s thanks to everyone that I have come through it. It’s not something that’s happened to me before but it’s all part of the game and I’m back on track.

“I’m delighted with where I am. I get lots of game time and have always been involved in the big fixtures.

“Manchester City are a great club, who offer great support and their ambitions match mine.

“I’m at one of the best clubs in the world and there’s nowhere I’d rather be.”

Though the league title and Continental Tyres Cup are in the Academy Stadium’s trophy cabinet, City still have the biggest prize of all to fight for having reached the Champions League last-16.

Next month they will take on Brondby, semi-finalists in the competition two seasons ago.

But Duggan thinks her team can continue the winning habit.

“I believe we can go all the way,” she added. “It’s going to be difficult, because some of our players haven’t played at this level before. But we have a great squad of a players and a good team spirit.

“Brondby will be tough but we believe in our own ability. I played against them for Everton but that was many years ago and you only have to look at how much has changed at Everton in that time, I don’t think it will count for much.

“But I do remember it being a tough game, Scandinavian teams always are, but we’ve got very good scouts at City, who will do their homework. We knew nothing about Zvezda Perm before the last round but come matchday we knew everything.”