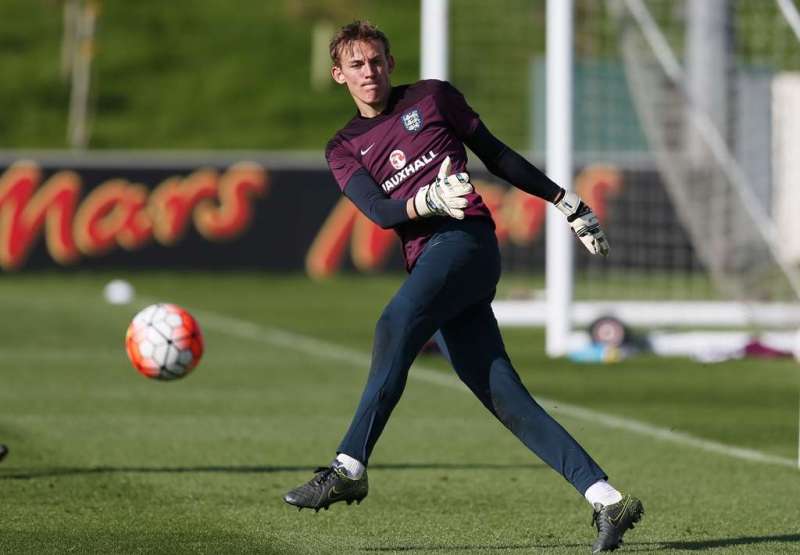 JOE Hart took the plaudits for England in Slovenia last Tuesday – and another goalkeeper had good reason to celebrate on the same day.

Luton Town keeper Christian Walton made his bow for England U21s and celebrated with a shut-out as the Three Lions romped to a 5-0 victory against Bosnia & Herzegovina in their final Euro U21 qualifying match at Walsall.

It made it a memorable evening for Walton, who had previously played for England U19s and U20s. The 20-year-old, on a season-long loan at the Hatters from Brighton, said: “A clean sheet was the main thing. I made a good save just before half-time, but I wasn’t too busy – it was just about focus and concentration.

“It’s a completely different ball game to the younger age groups. The media coverage is much bigger as are the crowds, and it’s televised.”

England are through to the finals in Poland next year – and Walton would love to be part of it.

“It would be a great experienced If I was involved, but I’m just focusing on Luton Town and getting them promoted,” said Walton, who has had previous temporary spells at Bury and Plymouth, where he started out. “If I do well at club level, the England stuff comes as a bonus and reward.”

If the 20-year-old does make it, there’s no doubt he’ll owe a big debt of gratitude to Luton boss Nathan Jones. Walton worked under Jones when the latter was first-team coach at Brighton and holds him in high regard. 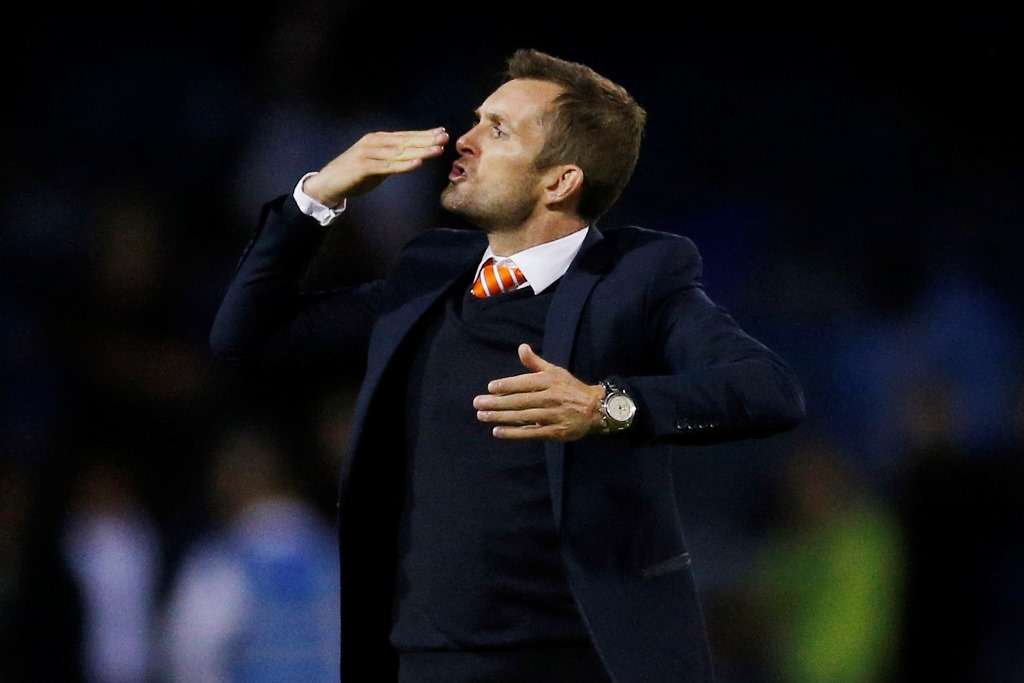 “I knew what he was about and knew it would be the right place for me,” said Cornwall-born Walton. “Nathan has made a great start to his managerial career and he takes time out for his players – he cares about them.

“For Nathan to take me for a season was massive and has given me the chance to show what I’m all about. I think he will go far.

“Playing games at Luton is just what I needed at this stage of my career. I’m still a young goalkeeper and I’m getting used to playing in front of big crowds and facing different challenges. It’s one big learning curve.”

While Walton is determined to play his part in helping the Hatters challenge for promotion to League One, he will also be keeping an eye on how his parent club, Brighton, are getting on in their bid to join the Premier League big boys.

“Everything is in place for Brighton to get to the Premier League,” said the 6ft 5ins keeper, who has played four times for the Seagulls. “It would be great if they could do it and I’m sure they will be there in the near future.

“They haven’t installed the new training ground and built a new stadium not to push for that.”

As for one day taking the place currently occupied by Hart between the sticks for England, Walton is more than happy to take the long road. He is in goalkeeping terms a baby after all.

“This season I want to do as well as I can for Luton and get them back into a higher division,” he said. “I’d like to challenge for a place at Brighton in the next couple of years and from there it’s a long journey to the senior team. However, England are looking to play younger players, so hopefully there’s a chance.”

*This article was originally featured in The FLP on Sunday, 16th October.