Home / Featured / Fortune: I had to remain patient

Fortune: I had to remain patient 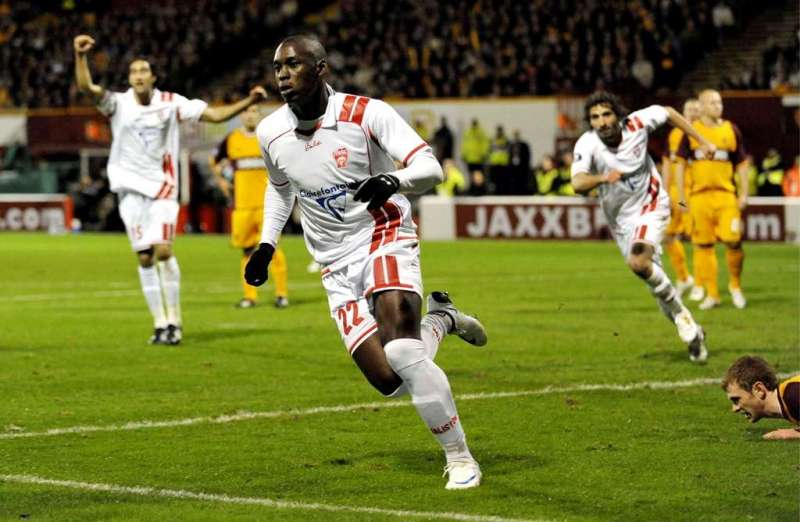 Pedigree: Marc-Antoine Fortune in his AS Nancy playing days. Since then he has played for six clubs in England (photo by Action Images)

WHEN the summer transfer window opened and closed without the phone ringing, Marc-Antoine Fortune could have been forgiven for panicking about his next move.

Yet the supremely laid-back striker simply took it all in his stride. He was convinced his career was far from over.

And, having marked his first start for six months with a goal in Southend United’s 1-0 defeat of Leyton Orient on Tuesday, Fortune is now determined to help the struggling Shrimpers climb the League One table.

The French Guiana-born hitman made Southend his fifth English employer when he signed a four-month contract last week to seal his return from the wilderness.

Within hours, he took his place on the bench for Southend’s draw with Peterborough and was then deemed fit enough to complete 90 minutes by boss Phil Brown in the Checkatrade Trophy against League Two Orient.

Fortune remained dedicated to staying in shape over the summer while in France, employing a personal trainer to ensure his much-travelled 35-year-old body would remain in peak condition.

And he proved his fitness sufficiently in a two-week trial at Roots Hall to earn his short-term deal.

But, rather than believing Brown and Southend have saved his career, Fortune always kept the faith that he’d be lacing, rather than hanging, up his boots,, this season.

“I wasn’t worried. At my age that’s part of the game. You have to be patient,” said Fortune, who was released by Coventry City in the summer.

“The manager had to see if I was fit because I haven’t been playing. I was training for two weeks.

“I had a personal trainer and went to a local gym where I was living in France. I had an offer from a team in another country earlier this summer, but the deal didn’t happen.

“That’s part of the game, I don’t think about that or worry.

“But I feel good. I didn’t think at all about retiring.

“I’m still running and, when I feel tired, then I will stop. If I cannot be fit, then no-one will sign me.”

Fortune is living in Essex without his family but, typically, shrugs off any suggestion it may hinder him from settling when it’s imperative to hit the ground running.

If he is to help Southend pull clear of a relegation battle, then Fortune must improve on his recent goal returns.

He has never scored more than six goals in a full season of English football, though he did thrive north of the border with Celtic, scoring 12 times, including the winner against Old Firm rivals Rangers.

Fortune, though, is reluctant to saddle himself with the pressure of hitting a goal tally. Instead, he believes his energy is best served in rolling up his sleeves and showing he is prepared for the rigours of League One.

“I’ve always given 100 per cent, when I was at Celtic, West Brom, Wigan. I don’t judge my performances. That is for someone else to do,” he added.

“I never set targets any more. It’s something I’ve done before, but now it’s about working hard and giving it everything for Southend.

“Scoring goals is my target, but if I have another role to play then I will do that, too.

“We have a good squad here, with some real quality players. Simon Cox, for example, who I played with at West Brom.

“They had a bad start, but that is something we can change. There are still a lot of games left.”