Home / Featured / New Newport boss Westley: I need to do a fantastic job here and achieve something incredible

New Newport boss Westley: I need to do a fantastic job here and achieve something incredible 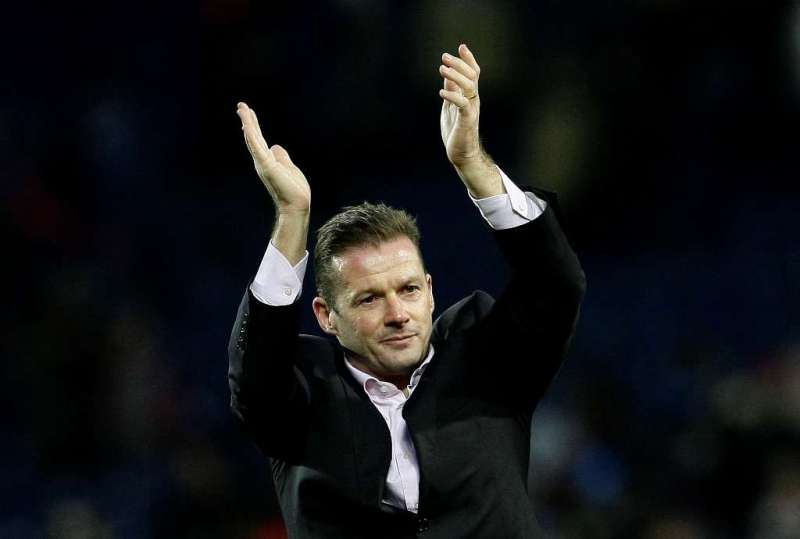 DID Graham Westley have any qualms about taking over the club bottom of the EFL? “It didn’t cross my mind,” fired back the new Newport County manager.

The answer is typical of the positive approach Westley brings to any job and shows he’s up for the challenge.

It won’t be easy. Heading into the weekend, the Exiles had just six points from their opening nine games in League Two. It brought the axe for Warren Feeney.

Admittedly, they had two games in hand on most of their rivals after their Rodney Parade home was washed out, but it’s not exactly an enticing position.

“What’s done is done,” he said. “I can’t do anything about the results that have already happened. Whether you inherit a team at the top or bottom, what happens in the future is what you can determine.

“The one thing that matters is that you focus on winning the next game. It’s such a cliché but it’s so true. We have to create a culture where everyone is determined to win the next match. As a club you end up in a better place and that’s the objective.”

So, what did attract the former Peterborough, Preston and Stevenage manager to take the reins? Well, it appears a little bit of flattery helped.

“It wasn’t a job I applied for. It’s a fair distance from me and the club is in the situation that it’s in,” he told The FLP. “But the club approached me and that’s got a really nice feel to it, when a club says ‘will you come and talk to us?’.

“The club’s run by a fantastic group of people. I met the board and they are really caring and passionate about their club – they want the absolute best for it.”

Indeed, when the well-wishers began to call Westley to congratulate him on his new job, that word passionate popped up again.

“The words people kept saying were how passionate the fans of Newport County are,” said Westley, who was sacked by Peterborough in April after just seven months in charge.

“That comes across in the way the board are, too, and I got really enthused by them. They have strong ambitions for the club and want to take it forward. I needed to get back into football and start building a reputation again. It’s ideal for both parties.”

When you add the Non-League years to his Football League days, it’s hard to believe that Westley is just 48.

And he’s certainly as ambitious as he’s ever been, even if he’s had to take a step down the ladder to get back on the managerial merry-go-round.

“I was asked a question by the board,” said Westley, who declined to reveal the length of his Newport contract. “It was ‘how long do you think you will be the manager here?’ I wasn’t going to be dishonest. I told them I want to go as far as I can in the game.

“I don’t intend for Preston North End to be the biggest club I manage in my career.

“It’s not the answer some people want to hear, but it’s honest. And I know I need to do a fantastic job here and achieve something incredible – that’s the opportunity.

“The club is ambitious. Why do directors get involved and fans follow their team? It’s because they want to see their team winning. If you do that over a period of time, you achieve promotion.

“But what we need to focus on is creating that next-match mentality. We need to give the fans something they want to watch and make Rodney Parade a really difficult place for visitors to come.”