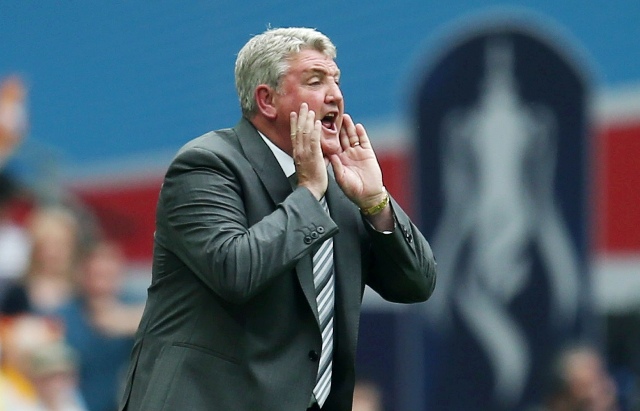 Bruce, who spent over six years in charge at St Andrew’s, takes over from Roberto di Matteo who was sacked by Villa on October 3rd.

The former Manchester United captain was most recently employed by Hull City, who he guided to promotion via the play-offs from the Championship earlier this year before leaving the Tigers in July.

Bruce’s first game in charge at Villa will be against another Midlands rival, when his new side take on Wolves at Villa Park this Saturday, and he told the club’s website: “I will be delighted to start work first thing today. I can’t wait to get stuck in. I am ready to go.

“You only have to look at the squad – and the investment that the club has made – to realise we have a good group of players for the Championship.”

The arrival of Bruce at Villa Park has raised a few eyebrows considering his time spent in charge of Birmingham, but the experienced boss is hoping his connections with Villa’s rivals won’t affect his time at the club.

Villa’s owner Dr Tony Xia has also recognised the risk involved in employing a former Blues boss, and said recently at a supporter’s meeting that fans need to ‘stand together’ with the new boss.

Speaking of the fans, Bruce said: “They are the most important people in any football club. They are a wonderfully loyal bunch here. They have had it tough over the past few years.

“When you see that many going to Preston you realise what a big fan-base it is.

“With that comes big expectation and I hope I can give them the team and individuals they require because we have all known throughout the years that Aston Villa has a huge, huge fan-base – as big as anybody.

“It’s up to me and the team to get them back at it, back onside and proud of the team again.”

Villa go into Saturday’s massive derby in shocking form that has seen them pick up just one win all season, at home against Rotherham, and they are currently struggling in 19th place.

However, Bruce, who won promotion to the top tier twice with Hull, and has done so four times in total throughout his career, is seen to be the man to turn the wretched fortunes of the Villans around.

He said: “I have made my career out of one thing really and managed to get to the top – that’s basically hard work. You have to be able to work hard for me. That’s what I demand.

“Football is a team game. How often have we seen a team – maybe not with the best individuals – but the team itself is the most important thing.

“The ability to never give up is what I require.”