Sky Blues legend Sillett: ‘Let’s bring the club back to the people’

Posted on October 5, 2016 by Adam Ellis in Featured, Features | 0 Comments 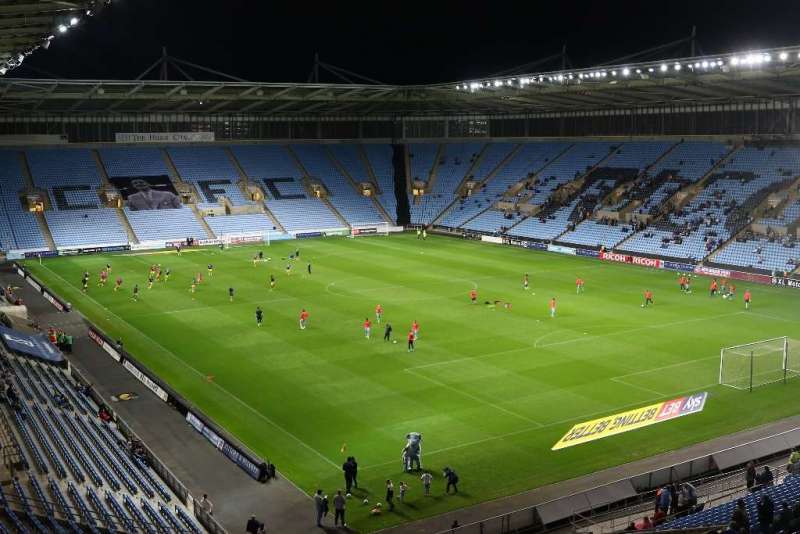 Lonely: There was a small crowd for last Wednesday’s game against AFC Wimbledon at the Ricoh (Photo by Pro Sport Images / Stuart Butcher)

OUT came the banners, up stood the supporters. They had kept quiet for long enough.

Not with their players. This was despite chucking away a lead to go behind in a match that would have given them their first victory of another shambolic season.

Not even with their manager, Tony Mowbray (inset), considered by the couple of thousand inside the spirit-sapping Ricoh Arena as powerless.

The club’s problems ran deeper than him. Much deeper.

If the West Ham United fans mourning the demolition of Upton Park after a few iffy performances in Stratford think they’ve got it bad, pull up a seat and have a conversation with someone from Coventry.

The good thing about a fifth-empty stadium is that sound travels.

At nearly 9.30pm, when Wimbledon put themselves in front with a shabbily-defended second, the City fans picked their moment.

Nearly to a man, woman and child the supposed 8,000 inside – the actual figure in attendance was obviously under  6,000 – took to their feet.

The chant, ordering supporters to stand if they wanted hedge-fund owners SISU gone, worked its way around.

The words reverberated off the white elephant’s roof via the empty Sky Blue seats.

Not that this is their home any more. Rugby Union side Wasps are the ones who are wanted at the Ricoh, not them.

So dominant is their branding around the place, they may as well re-colour the seats gold and black.

Wimbledon fans rose, too. Supporting a request to refrain from filling SISU’s pockets by purchasing food and programmes, the near 500 who had travelled from South West London stood shoulder to shoulder with them.

The temptation for Sky Blues fans to walk away and create their own club, just like the Dons fans did so marvellously, must surely be growing by the hour.

Manager Mowbray did go. Even an injury-time equaliser, justice for a decent showing, couldn’t convince him to stay.

Not-so-subtle hints were dropped in the press room after the game and he officially fell on his sword the next morning. The former Middlesbrough and West Brom boss was a beaten man.

As uncompromising as they come as a player, Mowbray bear-hugged a seasoned journalist and thanked him for everything as he left.

Missing in the media lounge were the Coventry Telegraph.

Supporters of the manager in his 18-month tenure, they didn’t get to say their goodbyes as they are banned from covering the club by SISU after launching a petition demanding change. The number of signatures is nearly at 18,000 as nine years of failure drags the club to its lowest-ever ebb.

“It needs every penny. I see shoots of hope but the players are babies in a man’s league.”

Some of those supporters rattling around the Ricoh are feeling guilty. It’s a decision no football fan should ever have to make.

“The players deserve our support,” he said.

“If I didn’t go, I would be letting them down.

“It’s devil-and-the-deep-blue sea stuff in a lot of ways.

“There are no winners, and there won’t be until SISU are gone.”

Now, the club must find its eighth manager in the owners’ tenure. In that time they have seen off 17 board members, while crowds have gone from an average of more than 20,000 in 2007 to around a third of that.

Yet still they won’t go. The club’s 1987 FA Cup win has never seemed further away, and in the last few days the manager who took them to their glory day at Wembley has added his voice.

John Sillett said: “They’ve dragged this club into the ground. They are slowly poisoning us – let’s bring the club back to the people.”

Seemingly, he speaks for every Coventry City fan across the country.

*This article was originally published in The FLP on Sunday 2 October 2016.