Murphy twins making life easy for each other and Canaries 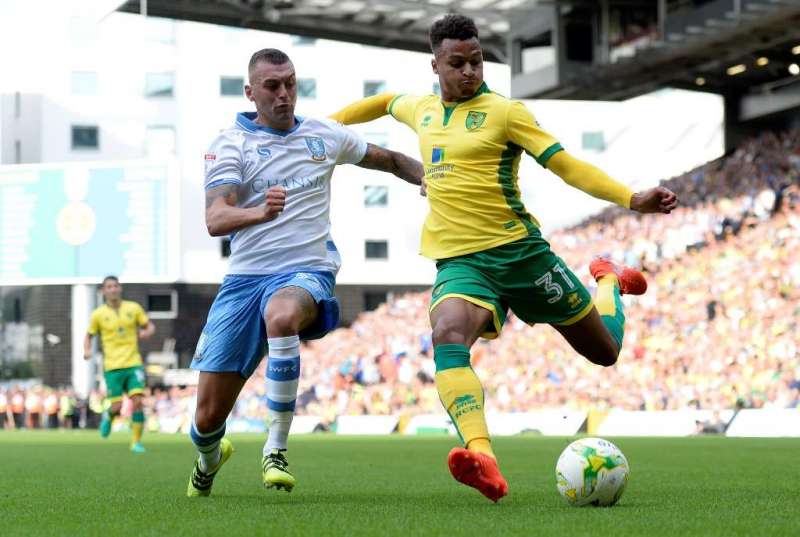 FROM tearing up the Harrow Youth League to terrorising defences in the Championship, the Murphy twins come very much as a pair.

After taking a rare season apart last term, to gain vital Football League experience, the Wembley-born siblings are back together at Carrow Road and have Norwich City challenging at the top of the Championship table.

The duo, Josh and Jacob, played for Pitshanger FC  as youngsters, before being picked up by QPR and then moving to East Anglia as 11-year-olds.

They both made their senior Canaries debuts in the 2013-14 season and have represented their country together at Under-18, 19 and 20 level.

After breaking into the Norwich side as teenagers, both had loans away from the club last season, which helped prepare them for the rigours of Championship football.

But now they’re back and, after spending their lives together both on and off the pitch, there is no sign of sibling rivalry between the pair.

“It definitely helped being together as we moved to Norwich as kids,” said 21-year-old Josh.

He was speaking as he and team-mates Cameron Jerome and John Ruddy surprised the Under-13 team at Costessey Sports to launch the Aviva Community Fund, which offers funding of up to £25,000 to grass roots sports clubs.

“He’s my best friend and we do absolutely everything together. We like the same things, wear the same clothes. Everything we do is together.

“Now, to have him in the team, as we help each other, has just made it a lot easier.”

The twins’ talents were evident at a young age as, in Pitshanger’s under-nines, the pair helped their team score more than 100 goals in a single season.

“We just used to love going there and playing. We’re still in contact with a couple of the boys we used to play with, and that’s going back ten-plus years,” added Josh.

“It was a good time for us and that’s where we got picked to play for QPR.

“It’s great to have come through with Jake. We’ve been playing with each other forever, so it’s really good to finally get that chance in the first team together.” 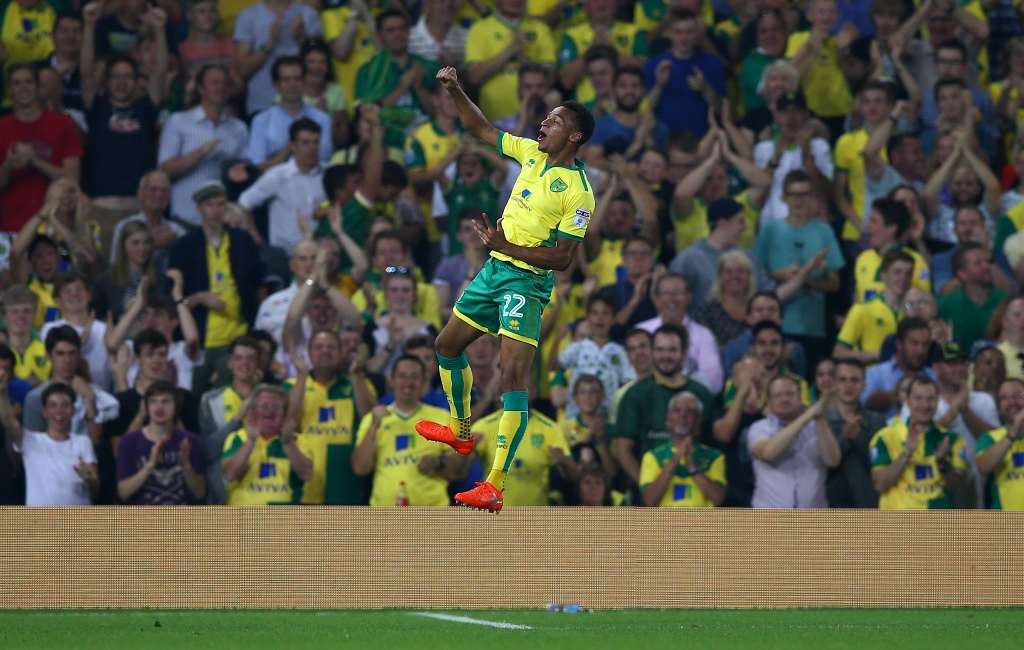 Touch the sky: Jacob Murphy celebrates scoring against Wigan Athletic in from of the Canaries faithful (photo by Action Images)

Both Murphy boys have been in the goals this season, though it’s Jacob that is currently leading the scoring charts at Carrow Road.

He was helped by another strike in the agonising 4-3 defeat at St James’ Park, Newcastle, on Wednesday night.

But Josh is not to be outdone and is backing their sibling synchronicity to help them maintain their places in Alex Neil’s starting line-up and fire them to the top of the scoring charts this season.

They are both hoping it results in Norwich’s return to the Premier League.

“You can tell on the pitch, just by the way we play, we don’t need to look up because we know which runs the other one is going to make.

“We’ve just got that connection, so it’s awesome we’re both in the team now – and here to stay,” added Josh. “We’re going to fight for our places.

“For me, the goal against Everton was a bit special. I was due to get a goal, though, as I was falling behind in the goal tally, so it’s about time I started picking up my shooting boots.

“That was two in two and it got my confidence up and I’m just eager and dying to get on to the pitch to help the team out and score more goals, and challenge for the top goal-scorer this season.

“As a team, as long as we’re at it, we can beat anyone, on any day of the week and hopefully get promotion.”