Posted on September 30, 2016 by Matthew Bishop in Featured, Features | 0 Comments 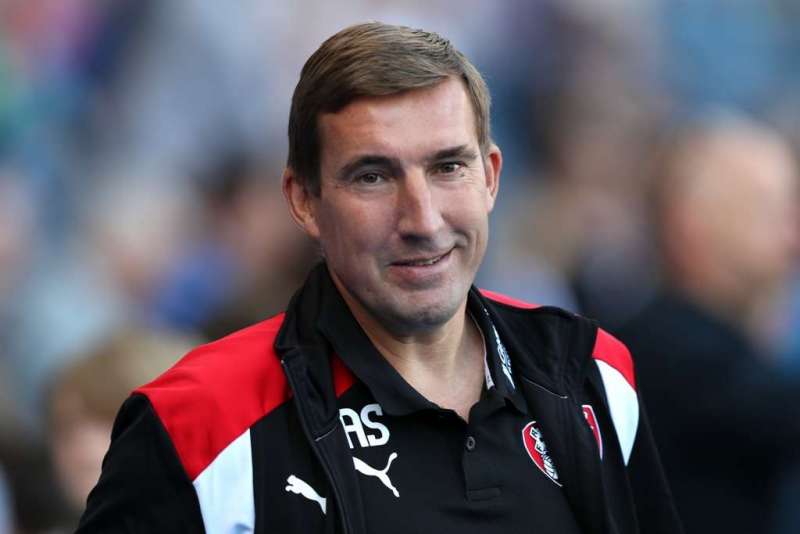 His old Bolton boss, Bruce Rioch, even likened the 44-year-old Rotherham manager to Bobby Moore. But, if there’s one thing Stubbs did best of all, it’s complain.

“Alan was without doubt the biggest moaner in the world,” recalls Mark Seagraves, who met Stubbs at Bolton as a 16-year-old and has remained a close friend ever since.

“If it was sunny, it was too sunny and if it was raining, it was too wet. He was the same in the dressing room. Nothing was ever right.”

Mark Burchill, who played with Stubbs at Celtic, described him as ‘crabbit’, Scottish slang for dour and miserable.

“He was the most crabbit guy I ever played with,” said the 36-year-old. “He hated losing and you’d never hear the end of it if he did.

“We used to go away with Celtic and play snooker or table tennis at the hotel and he would go completely mental if he didn’t win. Every training session you’d get an ear-bashing.”

Owen Coyle, another Burnden Park contemporary, recalls a man who “used to mump and moan about everything.”

Yet, it was those grouches and gripes that would prove the making of the man from Kirkby on Merseyside.

Rejected by boyhood heroes Everton at 13, Stubbs found salvation at Bolton. At first, he and the other scousers would take the train to Burnden Park, hiding in toilets to avoid paying a fare.

Later, he and Jason McAteer would hitch a lift with Seagraves. Then 23, the defender listened to the litany of complaints and realised he was dealing with a future star.

“I used to make them pay petrol money and obviously Alan complained about that!” recalls Seagraves. “But what I quickly realised was that his griping was about standards, about a desire to improve and demanding the same from everybody else.

“I admired the fact he didn’t just moan at the guys his own age. He was never shy of also having a go at the older guys if he felt we weren’t giving our all. It was all for the benefit of the team.”

Appointed captain by Rioch at just 22, those qualities would prove invaluable to a host of managers over the years.

To Rioch, whose side fought their way from League One to the Premier League via a Wembley Cup final.

“Although he was young, he was our captain and a true leader,’ recalled centre-back partner Mixu Paatelainen. “He was a wonderful player, a really commanding centre-half and also a great guy.”

To Wim Jansen and Martin O’Neill, who saw Stubbs justify his £3.5m move to Celtic in 1996 by ending Rangers’ run of nine-straight titles and ushering in an era of Bhoys dominance. The centre-back would eventually win two SPL titles and two League Cups at Celtic Park.

“Stubbsy was the leader in a dressing room of leaders at Celtic,” said Burchill. “He took me under his wing and showed me what was needed to be a professional footballer and make it at the top level.”

To David Moyes, who offered Stubbs an emotional return to Everton in 2001 and was rewarded with six years of stellar service, culminating in qualification for the Champions League.

“Alan has always had leadership qualities,” said the former Manchester United boss. “We had some really good years together at Everton, and he had a fine partnership in defence with Davie Weir.

“Alan was fantastic for me, not just on the park but in the dressing-room as well.”

In one crucial aspect, however, Stubbs was not crabbit. In May 1999, he was playing a round of golf with Seagraves when Celtic’s club doctor Roddy McDonald called to say he’d failed a routine drug test. Further tests diagnosed testicular cancer.

The disease would blight his life for two years, an initial recovery shattered by news of a relapse which required serious doses of chemotherapy and surgery to remove a tumour from his spine.

For wife Mandy and kids Heather and Sam, it was hell. But, on this occasion, Stubbs clung to the belief that he’d recover.

McDonald recalls. “I was sitting with him and his wife when he received the diagnosis and it struck me straight away how positive he was. Knowing the guy, you could see that it wasn’t a front. It was absolutely genuine.” Stubbs said coming through it felt like ‘being given another life’.

After his retirement in 2008, Stubbs turned those prodigious leadership skills to youth football, joining Everton’s coaching team under Moyes and helping to develop the likes of Ross Barkley and Shane Duffy.

That was followed in 2014 by a second move north, this time to Hibernian, who had just been relegated from the top flight.

Though promotion was not secured, Stubbs was credited with trimming a bloated, under-performing squad and shaking off a reputation as big- game bottlers. His verbal sparring with Rangers rival Mark Warburton also kept headline writers busy.

Now the scouser has swapped the pressure of resurrecting a fallen giant for the more earthy struggles of keeping a minnow afloat in the Championship. Early days have been a struggle, but Burchill is convinced his friend will prevail.

“Alan will become one of the very top managers in the Premier League and it’s because his physical capabilities are matched only by his mental strength,” he said. “It’s his destiny. He’ll keep battling and moaning to get where he wants to go. And, after everything he has come through in life, he’ll never throw in the towel.”

*This profile was originally featured in The FLP on Sunday, September 25th.