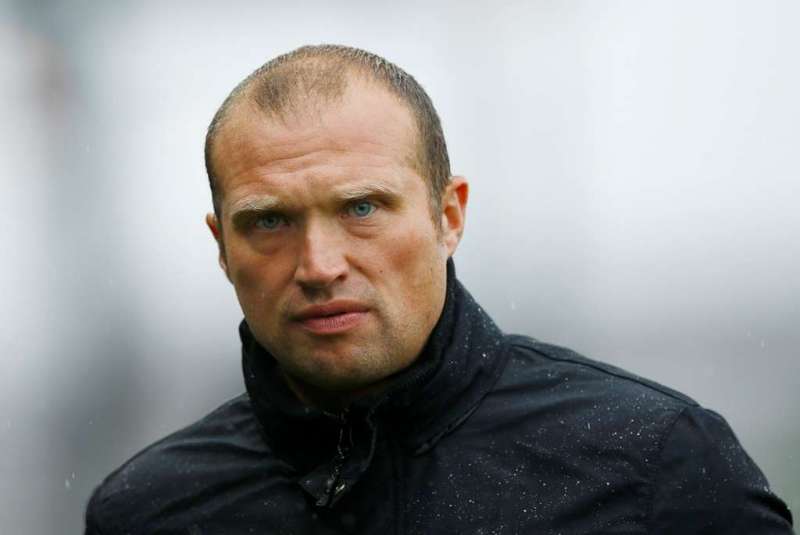 An Omar Bogle penalty consigned Feeney’s team to a third straight defeat, with the Exiles languishing in 24th place after collecting six points from their opening nine league matches.

A statement made by the League Two side read: “The club can today confirm that manager Warren Feeney has been relieved of his duties as first-team manager.

“Following a mixed start to the season the board of directors feel a change is necessary.

“We would like to thank Warren for his service since joining the club back in October 2015 and wish him all the best for his future career.”

Feeney was given the manager’s job in January when recommended for the role by outgoing manager John Sheridan, who resigned in order to take over at Oldham Athletic.

The former Northern Ireland international joined the club in October 2015 to work at Sheridan’s No.2, but last night’s defeat at Blundell Park cuts short Feeney’s time in Wales.

Newport also confirmed that assistant manager Andy Todd has left Rodney Parade with immediate effect to cap a period of concern for the club.

Towards the end of last season County failed to record a win in their final 11 league matches, but were spared the threat of relegation by Dagenham & Redbridge’s and York City’s equally poor stretch of results.

An upheaval of the playing squad followed in the summer with 21 new arrivals compensating for the 17 players who were no longer considered a part of Feeney’s first-team plans.

With only one win to their name so far this season, a 1-0 victory away to Leyton Orient, coaches Sean McCarthy and Paul Bittner will take control of Newport’s matches while the club intend to make ‘an appointment as soon as possible and will make an announcement in due course’.