FIFA 17: Five EFL teams we can’t wait to play as 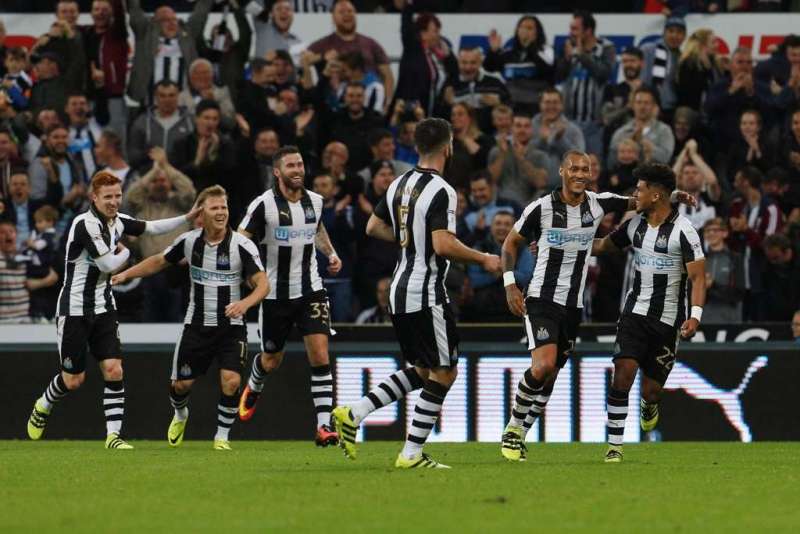 Like many football fans and gamers across the globe, we have been playing the new FIFA 17 demo non-stop – and it’s made us even more excited for the real thing, when we can use teams from across the Football League.

Obviously, some people online will just never move away from the shameless button bashing that goes with Real Madrid, or the hope-it-pays-off toggle twisting that accompanies a Dortmund user, and you’ll probably still get thrashed online by a 12-year-old who is obsessed with Ronaldo.

However, here, we have tried to think out of the box and move away from the usual five-star sides to compile what we think is a great list of the five EFL teams we just can’t wait to get our hands on, and nurture them through online seasons or manager mode, and take them to footballing glory.

Teams that come down from the Premier League always seem to be massively overrated, and when you come up against them during a Manager Mode they are usually challenging for the title and batting away the nearest sign of competition. And Newcastle are probably going to be the same.

However it seems more warranted this year, with the Toon managing to get rid of their relegation flops and replace them with genuine talent that also certainly suites FIFA. With pace throughout the team, both in attack to cause problems and at the back to deal with pesky, nippy strikers, they could be a force to play against and great fun to play with.

Chancel Mbemba is the standout defender for the Magpies on FIFA 17, with 78 pace and 79 physicality earning him a 78 overall, while in attack, the 91 pace of Christian Atsu and 81 physicality of Aleksander Mitrovic will cause problems both online and offline.

This season, Wolves have been fun to watch, and they should be fun to play as. In real life, their results have been fairly inconsistent – they have beaten Birmingham 3-1 in a thrilling derby, lost 4-0 at home to Barnsley and won 2-0 at Newcastle. And they’re manager Walter Zenga is quite the character.

In theory, this should make playing as Wolves a brilliant way to spend your time, with players throughout their squad having the necessary tools to make themselves a FIFA team to fear and carry you throughout online seasons or to the top of the manager mode pile. Record signing Ivan Cavaleiro (77), defensive midfielder Roman Saiss (77) and Dominc Iorfa (70) all look good.

But, despite having had his injury problems recently, Nouha Dicko’s the pick of the bunch, and his 90 pace, 74 dribbling and rare silver card makes him an attractive propostion across the FIFA 17 game modes.

Before I carry on, I just want to make it clear that I’m not comparing Bolton Wanderers to Barcelona. However, having played the FIFA 17 demo, I initially thought this could finally be the game that suits Barca’s style of play, and looking at the ratings of Bolton players, it could also make them enjoyable to play as.

In the past on FIFA, people have tried, and failed, to implement a passing style and instead opt for the bigger stronger teams like PSG or Bayern Munich However on this edition, it feels more real and flows better, suiting that tika-tika style.

Bolton could therefore be fun to use, and you could implement a style of play that creates a footballing legacy at the Macron via FIFA 17! Jay Spearing, James Henry and Mark Davies could all be vital for this, with them all boasting strong passing attributes.

And just like Barca have Messi, Neymar and Suarez, Bolton have their fabled three of Zach Clough, Sammy Ameobi and Gary Madine – all with differing talents, but surely fun to have up front.

Over the summer, Justin Edinburgh put together a great squad at Gillingham – maybe to gain promotion to the Championship, maybe to make them fun to play as on FIFA? Who knows.

But either way, the Gills do look like they have a set of players that will be fun to inherit on FIFA, and certainly exciting to play as. The pick of the bunch has to be Jay Emmanuel-Thomas, who with his 69 overall, makes him one of the best players in the division, and a great play to play with on the game.

His 75 pace and 71 physicality ratings are eye-catching, while others such as Bradley Dack (68), Jamie O’Hara (68) and Baily Cargill (65) will also mean Gillingham are a team to think of on the new game.

Grimsby haven’t graced our FIFA screens since 2009, having been relegated to non-league at the end of that season and only returning to League Two this year.

It will therefore be great fun to have the Mariners back in the game, and it will be enjoyable to play as them and take them back up the leagues. Ben Davies is their best rated player, with an impressive 65 overall and solid pace, passing and dribbling attributes.

But for Grimsby, it will be more than just how good their payers are. It is only a console game, granted, but it’s still the best football game around and probably the finest gaming franchise, so who can argue with the Town fans who are delighted their heroes are back!