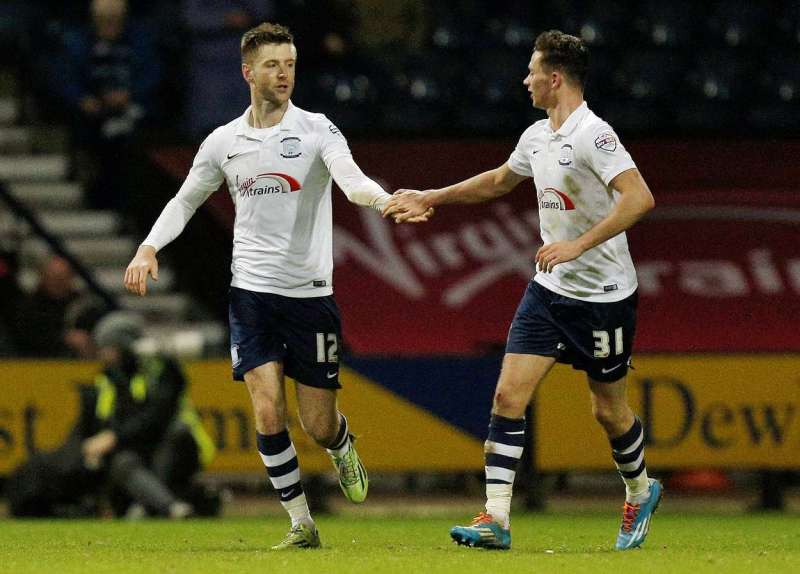 Veteran Scot Gallagher has penned a deal until 2018 after impressing in his first season with the Lilywhites, making 41 appearances in the Championship last term.

Contributing to Preston’s impressive 11th-placed finish under the guidance of Simon Grayson, Gallagher expressed his delight to continue playing his football at his new-found home.

The 32-year-old told the club’s official website: “It feels like I’ve been here quite a long time but when you look at it I’ve only been a full-time Preston North End player for a full season but that doesn’t make a difference to me.

“I’ve been here a lot of times on loan and I’ve always treated this place as my home and I’ve enjoyed every minute of it and it’s been a successful time.

Forward Hugill, 24, has been fighting to earn a starting spot in the North End’s first-team and has been given the chance to do so until the summer of 2019.

Paul Huntington, Tom Clarke and Daniel Johnson – all players who played a part in the club’s promotion from League One – have preceded Gallagher and Hugill in signing, with Grayson seeking no upheaval with a squad that has delivered for him so far.

The man in charge commented: “We are delighted to secure these two players on new deals, they both have a big part to play going forward and so it’s another step in the right direction for us.”Paul Gallagher comes into the bracket of the experienced players who are hoping to keep playing but also help develop the younger players so we are delighted. He plays a big part in how we play as a team and so we are delighted he has signed a new deal and it’s another key player that we have secured for another year,” Grayson said.

“Jordan has come to this football club and has kept on improving and improving and last night just typifies what he is all about,” Grayson added on Hugill, who capped off a 3-0 victory against Cardiff on Tuesday with a cooly finished long-range strike.

“We are delighted that we’ve secured someone like him because he is good to work with, good around the dressing room and hopefully he will keep improving.”