Zenga’s zing is the secret to Coady’s revival 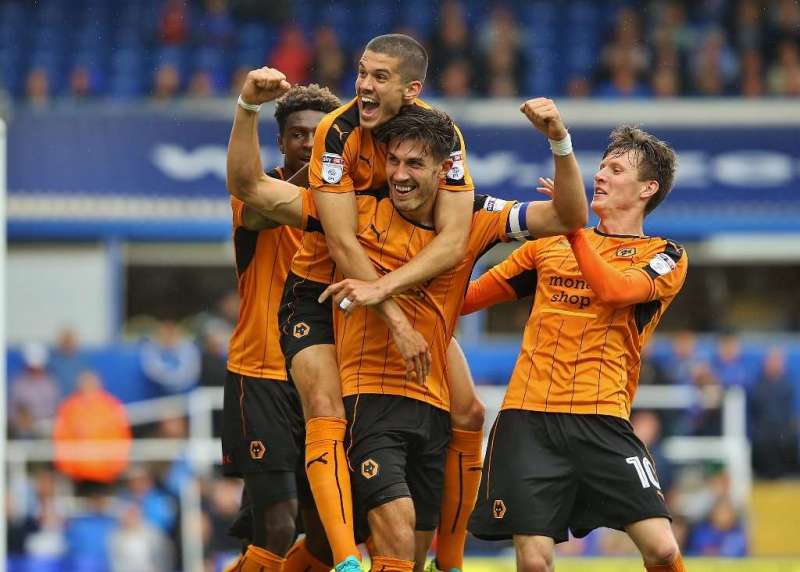 (Photo by Will Kilpatrick)

FOR A manager who rarely stays longer than a season at any one club, Walter Zenga has to make an immediate impact.

And that’s exactly what he’s done in his first month at Wolves.

For midfielder Conor Coady, it’s the legendary Italian goalkeeper’s ability to make little adjustments that has been the key to making Wolves into early promotion contenders.

Now 56, Zenga is already at his 16th different club as a manager, a remarkably nomadic existence for a man who racked up 328 appearances for Inter Milan over 16 seasons with the Nerazzuri.

But, after what Coady admits was a difficult summer at Molineux, with the club taken over by Fosun International at the end of July, Zenga has taken to English football like a duck to water.

“He’s been brilliant since he got here and his attention to detail is just incredible,” explained Coady.

“There was a lot going on within the club over the summer but we just had to be professional about it. We’re all footballers and that’s what we had to focus on.

“With the new gaffer coming in, we’ve been able to concentrate on that. He speaks to everyone and tells them what he wants from them.

“He’s had a great career in the game and is able to get his point across to everyone in the team.

“Hopefully, we can keep taking advantage of that to get some wins.

“He’s managed to make us into a really close-knit group and I think that’s very important to him. It’s something he’s been trying to bring in and it’s working.

“We’ve been going really well and we don’t want the international break to come.

“We’ve made such a good start you just want to keep on playing games.”

The 23-year-old Coady has more reason than most to have enjoyed Zenga’s arrival.

In his second year with Wolves, the former Liverpool academy product has clearly impressed the Italian, including netting the winner in the EFL Cup first-round tie against Crawley.

Coady was even trusted with the captain’s armband during the 2-1 EFL Cup second round victory against Cambridge United, with Zenga showing a lot of faith in the versatile midfielder. “It was special to be able to captain the club, especially one as big as this,” he said.

“I’ve never really done that as a professional – not since I played at age-group level. For me and my family, it was a real honour.”

Coady has had something of a nomadic existence of his own, with spells at Sheffield United and Huddersfield after making just one Premier League appearance for Liverpool.

But, while the likes of Newcastle and Norwich might currently be the bookmakers’ favourites to win promotion, Coady is convinced that Wolves have the quality, and the right man at the helm, to be very much in the mix.

To underline that, Wolves this week brought in Cameron Borthwick-Jackson from Manchester United, as well as Benfica’s Ola John, brother of former Fulham striker Collins, both on loan, Coady expects both to make a big impact.

“It’s a special club and the expectations are very high,” he said. “We have to live up to them, but you look at the guys who have come in. They are special talents.

“We want to have a really good season and we’ve made a good start. If we can keep this going we can be right in the race for the play-offs, at least.

“But we can’t afford to get complacent just because we have started well.

“When I came here I knew how big a club Wolves was, but I’ve experienced it for a year now. It’s just a great place to be.”