Home / Latest News / Capital One Cup / Top Five: Five matches to look out for in the EFL Cup

Top Five: Five matches to look out for in the EFL Cup 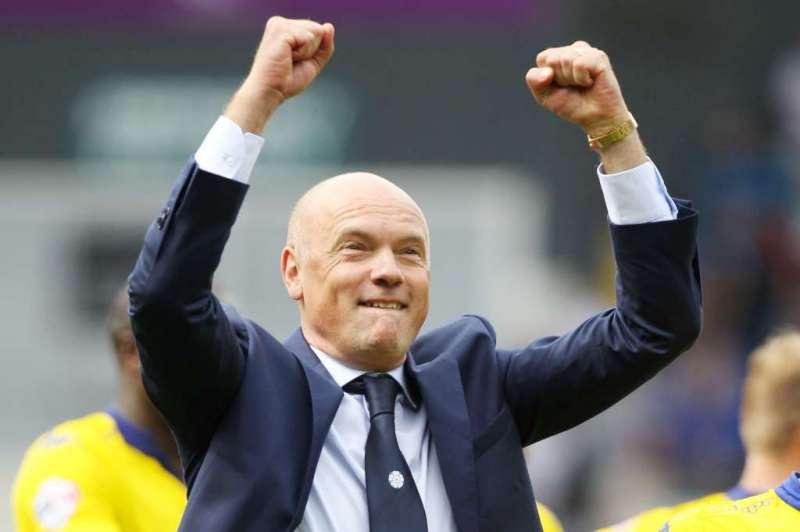 The EFL Cup is back, as Football League sides start their campaign to reach Wembley. With some Premier League clubs soon to enter the competition, here are five matches to watch out for as clubs hope for a big second round draw.

In only his second game in charge, Uwe Rosler faces his former employers Leeds at Highbury Stadium as both sides attempt to go one step further in this competition than they did last year.

This time last year, Rosler’s Leeds lost 4-2 on penalties away to Doncaster, the second game in a tough 12 game spell for the German that saw just two wins before his sacking.

Just like at the Whites, Rosler’s first game in charge at Fleetwood ended in a draw, this time against newly-promoted Northampton, while Garry Monk began his tenure at Leeds with a 3-0 thumping at the hands of QPR.

Monk of course has history in this competition, famously winning the trophy while a player at Swansea in 2013, so will fancy his side’s chances in this tie and will be hopeful he can carry them deeper into the competition. Nevertheless, Rosler will be hoping to silence his critics and have the last laugh against his former club, so this match should be a close one.

Exeter have asked Brentford fans to join in a minute’s applause in the ninth minute at tonight’s match, in honour of Adam Stansfield.

The EFL Cup game will be insignificant in the circumstances, but will still provide an interesting match up. Last season, Exeter beat Swindon on penalties at this stage of the competition before a crazy 6-3 defeat at the Stadium of Light against Sunderland, and will want another cup-run, not just for the added financial boost.

Brentford will also be hoping for a victory, after their 2-1 defeat at Huddersfield on Saturday didn’t provide them with the start to the season they wanted. They will be missing Lasse Vibe, who is in Rio at the Olympics with Denmark, but will hope they have enough depth to overcome their League Two opponents.

Cheltenham welcome league cup action back to Whaddon Road after a year in the National League, playing host to League One Charlton in their opening EFL Cup fixture.

It the first time the two sides have ever met, but after an encouraging 1-1 draw away to Leyton Orient on the opening weekend, Gary Johnson only has 14 fit senior players to choose from and a positive result could prove hard to come by for the Robins.

On the other hand, Russell Slade has a fully fit squad to choose from and will be looking for an immediate response after Saturday’s 2-0 defeat at the hands of Bury, so expect a fast start from the Addicks as they go for their first win of the season.

Like Cheltenham, Grimsby are also back in the EFL Cup after a spell in the National League, having been out of the league for six years.

Their first game back in this competition is the rather daunting task of a trip to the iPro, to take on Nigel Pearson’s Derby County, but it will be one the Mariners relish after their brilliant 2-0 win at home to Morecambe on Saturday.

It was like Grimsby had never been away, scoring either side of half-time, including Ben Davies’ fabulous free-kick, and despite playing the last 20 minutes with 10 men after Josh Gowling was dismissed, they looked comfortable and held on for their victory.

Derby also got off to a decent start, drawing at home to Brighton, and although Pearson has said they will take the game seriously, he will make the most of his deep squad and make changes. Changes a buoyant Grimsby could take advantage of.

Arguably the tie of the round, Championship newboys Aston Villa travel to Kenilworth Road to take on Nathan Jones’ Luton Town side for an intriguing opening EFL Cup fixture.

The sides had differing levels of success on the opening weekend, with Roberto Di Matteo seeing his side lose to Sheffield Wednesday in his first competitive game managing the club. They started slowly and looked extremely nervy in the opening stages.

Luton, meanwhile, lived up to their pre-season tag of promotion favourites in League Two with an eye-catching 3-0 away win against Plymouth, comfortably romping to the top of the table.

In front of the TV cameras and a packed crowd, Villa face a tough task to make the next round of the competition. They will probably make a host of changes ahead of the first game of the season at an expectant Villa Park on Saturday, so Luton will fancy their chances of an upset.

All odds provided by @MarathonBet.