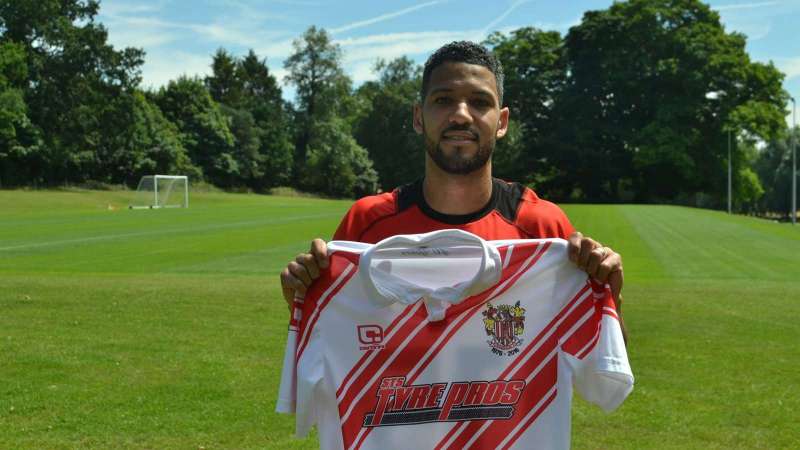 Stevenage have snapped up experienced winger Jobi McAnuff on a free transfer.

McAnuff was released by Leyton Orient at the end of last season and Darren Sarll was delighted to add the Jamaican international to his young squad.

“I wanted another role model for the younger players to look up to and be inspired by,” explained Sarll.

“Jobi fits that perfectly; he will bring that calmness and composure to our play in the final third.”

The 34-year-old played all three of Jamaica’s games at this summer’s Copa America Centenario and has made 29 appearances for his country.

He has spent the majority of his career playing in the top two divisions and captained Reading in the Premier League, as well as spending time at Crystal Palace, Watford and West Ham.

Stevenage have made six signings this summer as they look to improve on a disappointing season that saw manager Teddy Sheringham leave in February and the club finish in 18th position, their lowest since joining the Football League in 2010.

Sarll was appointed on a permanent basis in May and when Stevenage start their campaign at home to recently relegated Crewe on August 6th, and he will be the youngest manager currently in the Football League at 33 years of age.

Boro fans will get a chance to see their latest recruit in action sooner than that however as they take on Chris Hughton’s Brighton side at the Lamex this Saturday.