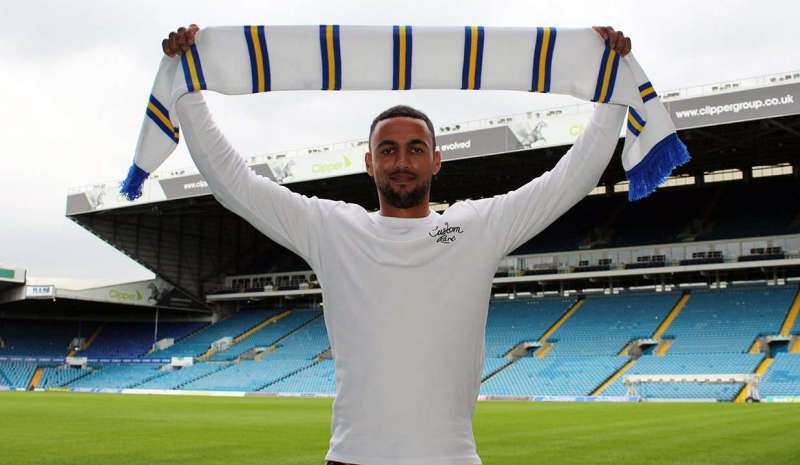 Leeds United have confirmed the transfer of Oxford United star Kemar Roofe for an undisclosed fee.

The Championship promotion hopefuls are believed to have met the U’s £3m valuation of the League Two Player of the Year Award winner and have finalised a four-year deal for the forward.

Roofe scored 18 goals in 40 league appearances last season as Oxford won promotion to League One in his first full season at the Kassam Stadium, having joined permanently from West Brom following a successful loan spell the previous year.

Roofe becomes the Whites sixth signing of the summer, following hot on the heels of Swansea midfielder Matt Grimes, who has joined the club on loan for the season, and ‘keeper Rob Green.

The 23-year-old expressed his delight at signing for a club of Leeds size: “It’s an amazing feeling,” Roofe told leedsunited.com. “I don’t think I’ll actually realise how big the club is until the first game of the season, but I’m amazed by what I’ve seen so far.

“As soon as I found out, I was really pleased to be a part of a club like this. The club has a great history and a bright future as well.

“You can tell there’s something exciting happening here with the signings we’re making – they’re all good signings.

“I can’t wait to start getting to know the squad and playing football again.”

Asked about his style of play, Roofe added: “I like to be entertaining – I like to play football how I would like to watch football. The fans want to be entertained, see creative play and goals.

“I think I can play in several positions and I wouldn’t like to nail myself down to one place. I like to have the ball in the attacking third and try to create something.

“I’ve worked hard on my finishing and scoring goals is something I enjoy. I was fortunate to do that a lot last season.”

For Oxford, the move represents a vast profit on the sum they paid West Brom just 12 months ago. Chairman Darryl Eales admitted he could not stand in the way of Roofe’s develop once the club’s valuation had been met.

“We would prefer to keep all players but Kemar wanted to test his talent at a higher level and ultimately, once Leeds met our valuation, we would not want to stand in a player’s way,” Eales said.
“We are serious about preparing for a strong campaign in the season ahead and will continue to enhance the squad over the next few weeks. Overall we are in great shape with a superb positive mood across the squad and we can’t wait for our first friendly on Saturday,” Eales concluded.

U’s head coach Michael Appleton heaped praise on the new Leeds signing saying, “Kemar has done brilliantly for us. His attitude has been spot on and he works so hard at his game that I am sure he will continue to develop and has a really bright future ahead of him.”

Roofe is in line to make his debut for the Whites when they take on QPR at Loftus Road in their opening Championship fixture.