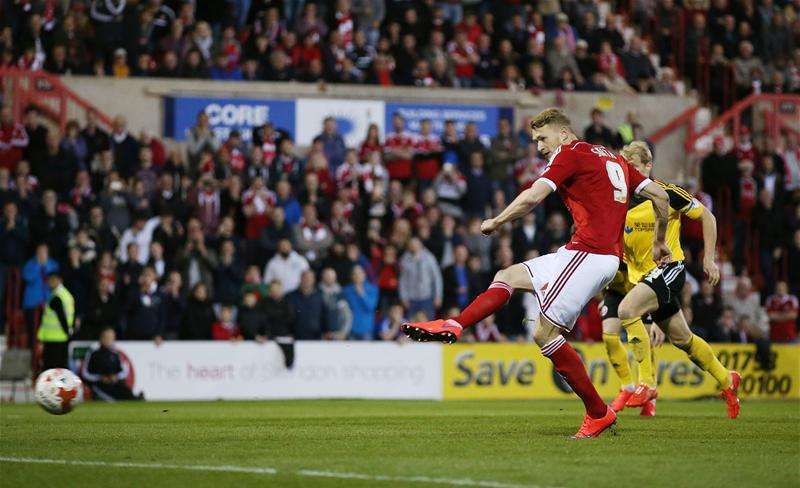 Portsmouth have completed the transfer of Swindon Town striker Michael Smith on a permanent basis, having spent three months on loan at Pompey last season.

The 24-year-old found the net four times in his stay, impressing boss Paul Cook enough to make his his fifth acquisition of the summer window and joins Matt Clarke, Danny Rose, Carl Baker and Drew Talbot at Fratton Park.

Smith told Pompey’s website: “I really enjoyed my time here last season and am over the moon to be a Pompey player again.”

Meanwhile, Swindon are now resigned to losing two key striking options in Smith and also topscorer Nicky Ajose, who is set to sign for Charlton within a week for a fee between £800,000-£850,000.

During his time at the Country Ground, Smith scored 26 goals in 72 games during his time with the Robins, helping them reach the League One play-off final in May 2015.

Interestingly, he and Ajose both renewed their contracts last month after being offered improved deals, but both are set to exit the League One club.