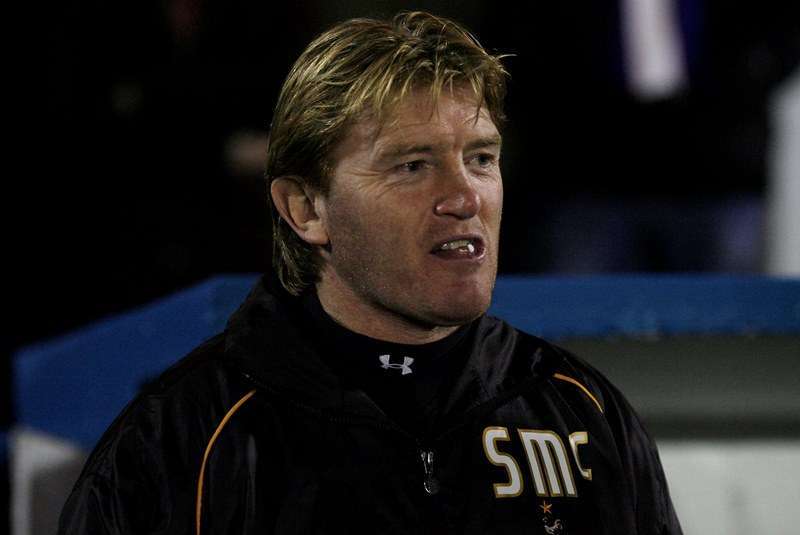 Bradford City have confirmed Stuart McCall will return to the club for a second spell in charge at Valley Parade.

Succeeding Phil Parkinson in signing a two-year contract, McCall agreed to become Bantams boss while on holiday last week in Tenerife and expressed his delight at moving back to Yorkshire 32 years after he made his debut for City.

“I’m delighted to be back at this great club and I’m looking forward to the exciting challenge ahead. Over the next few days I will be getting to know the staff and working with the chairmen on building a competitive squad for the new season,” McCall told the club’s official website.

During his career as both a player and a manager McCall has spent 13 years at Bradford, a big plus to co-chairman Stefan Rupp who said upon concluding the ownership’s search for a new manager: “Stuart’s fondness for Bradford City is evidently deep-rooted. He deserves this opportunity and I know the fans will join me in wishing him every success.

“Since his first spell as manager of Bradford City, Stuart has gone on to prove his credentials during a very successful spell at Motherwell and in the last couple of years has gained international coaching experience as Gordon Strachan’s assistant.

“Whilst we considered a number of high-calibre applicants for the post of manager, we were clearly of the view that Stuart was the best man to take the club forward. We look forward to working with him,” Rupp said.

Upon leaving Bradford back in 2010 by mutual consent, McCall briefly held a scouting job at Norwich City before being named boss at Scottish club Motherwell, where he would spend four seasons and guide the Steelmen to back-to-back runners-up places.

Chief operating officer James Mason added: “Bradford City is a very different club to the one Stuart first managed and clearly he is a different, far more experienced manager today.

“The platform and professionalism we can now offer his team has changed for the better. It’s a platform for success.”

After seeing released players Josh Morris and Billy Knott sign for other clubs last week, Bradford can now look to press on ahead of the 2016/17 season under their new German ownership and a former member of their old guard.