Heckingbottom made permanent boss at Oakwell 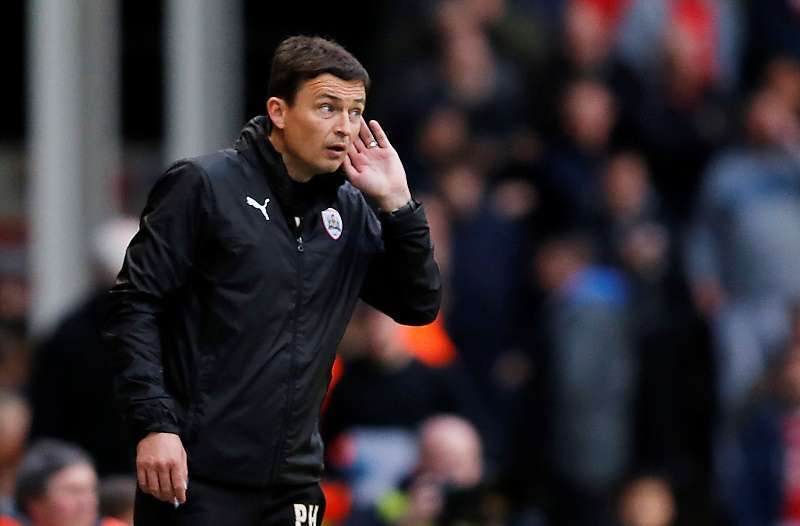 Play-off winners Barnsley will grace the Championship with Paul Heckingbottom at the helm after he agreed to become the club’s head coach permanently.

Heckingbottom signed a 12-month rolling contract to take charge at Oakwell where he enjoyed no shortage of success in his three months as caretaker boss, winning 3-0 against Bury in his first match in charge and capturing silverware to add to the trophy cabinet at S71.

Two trips to Wembley ended in smiling Tykes on both occasions with a 3-2 victory over Oxford United in the Johnstone’s Paint Trophy and a 3-1 win over Millwall in the League One play-off final sealing a memorable season where Heckingbottom progressed the club’s resurrection under Lee Johnson.

Hometown boy Heckingbottom, 38, said after promotion to the Championship, “Now we can sort everyone’s future out. Everyone knows I want to stay. If I hadn’t been on the bench I’d have been here watching.

With a permanent deal agreed, he told the club’s official website: “At the end of an unforgettable few months I am absolutely delighted to have signed as head coach for Barnsley Football Club. Only during the celebrations after achieving promotion, did it begin to sink in exactly what the players had achieved. They are a terrific group of lads and is important that we carry the momentum into the coming season.

“We have a clear vision of how we want to continue to improve the Football Club and Patrick (Cryne, Barnsley’s owner) and the rest of the board have already demonstrated to me their commitment to achieve this. It is this united front between everyone who loves the Football Club that is one of our strengths and one of the reasons why I am so excited for the season ahead!”

Languishing in the relegation zone at the start of December, with 21 points from 21 matches the Tykes sensational feat in scuppering the chasing packs efforts to clinch 6th place won many plaudits with the Barnsley board.

Reds chief executive Ben Mansford said: “We’ve enjoyed one of the most unforgettable and remarkable seasons ever here at Barnsley Football Club and it goes without saying that Paul has been instrumental in the success we have achieved. He’s one of the brightest and hard-working young coaches in the country and we’re absolutely delighted that he’s agreed to become our permanent Head Coach.”

“He’s Barnsley through and through and the connection that he has with the fan base is incredible, so I’m sure that the supporters will welcome the news and get behind him in his newly confirmed role. Paul has firmly embraced the playing philosophy and the direction in which we want to take the Club, and as a board we’ll be supporting him firmly over the coming months to ensure that we are ready to go in the Championship.”

The past 24 hours have seen a cause for celebration in Barnsley with midfield hero Adam Hammill extending his stay yesterday, by penning a new two-year contract.