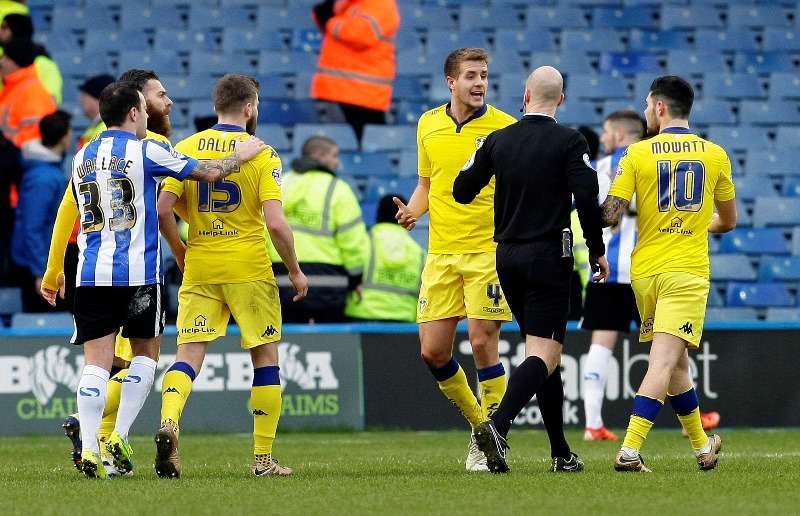 You may not have heard about them, nor of the governing body who has introduced them, but the International Football Association Board (IFAB) have made 95 alterations to the 17 laws that govern football that will be in effect for the 2016/17 season.

Present in the England national team’s recent friendlies against Turkey, Australia and Portugal the new laws came into effect on the 1 June and will apply to all 72 Football League clubs.

In a swift move to avoid the kind of controversy that shrouded Leeds United’s Championship clash against Yorkshire rivals Sheffield Wednesday in January, the IFAB have stipulated that a goal can stand if the referee has RESTARTED the match and an extra player is on the pitch.

As was the case when Leeds scored through Liam Cooper only for the goal to be disallowed because the substitution of Fernando Forestieri off for Lucas Joao had not been completed despite referee Anthony Taylor resuming the match, with United boss Steve Evans left fuming as his side tried to launch a comeback on the Owls 2-0 lead.

Elsewhere in the penalty box, some fouls that deny an attacker the chance at a goal-scoring opportunity will only warrant a YELLOW card. UNLESS, the offence is for handball, holding, pushing, making no attempt to play the ball or serious offences such as violent conduct and serious foul play, any of which remain a RED card.

The IFAB also reversed a rule they introduced last season by declaring that fouls which injure a player and earn the offender a yellow or red card will now see the injured player be allowed to be treated on the pitch rather than the mandatory assessment on the sidelines. This eradicates the numerical advantage that is often gifted to the offending team.

Other rule changes include:

In a move widely commended by the professional football community, the IFAB also granted a two-year trial into video evidence to assistant match officials. Video technology will be used to determine the following cases: if a goal has been scored, red cards, penalties and mistaken identity.

IFAB presentation document on changes: Revision of the Laws of the game