Hooper: I can take Premier League chance with Owls 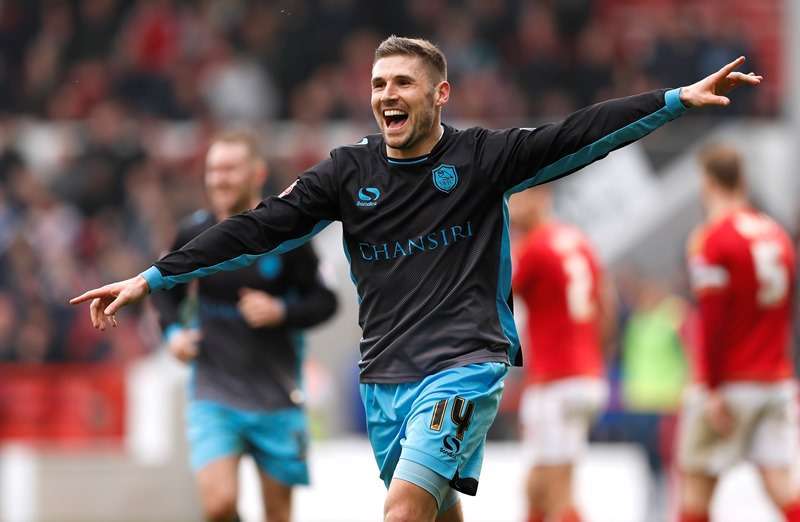 IT’S a long way from the cusp of an England cap to the bench at Carrow Road. Just ask Gary Hooper, who left an adoring Celtic Park to prove himself in the Premier League yet ended up a Championship outcast.

“It wasn’t the best couple of years,” admits the Londoner, whose 11 goals in 29 games have fuelled Sheffield Wednesday’s play-off bandwagon.

“But I don’t regret it. I loved my time at Celtic. It was the highlight of my career. Champions League, Europa League, Old Firm games. For a lad who started his career at Grays Athletic it was a dream.

“But the Scottish League doesn’t register in England. I was top scorer three years running up there. I scored against Spartak Moscow, home and away. But apart from that once, the England manager never watched me.”

That once was in November 2012, when Roy Hodgson called Celtic to ask if Hooper was fit. Had the Hoops hierarchy answered in the affirmative, the then 24-year-old would have been picked for a friendly against Sweden. Sadly, a hamstring injury saw Hodgson turn to Wilfried Zaha.

Carrot thus dangled, Hooper reasoned that a move south would recapture the attention of Hodgson. So in July 2013, he rejected QPR and made a £5m move to Norwich – with disastrous results.

Rocked by Paul Lambert’s defection to Aston Villa, a waning feelgood factor and duff recruitment saw the Canaries struggle from the off.

Hooper actually scored five goals in eight games but, as the trapdoor creaked, he was rarely trusted. That season, the striker started just 20 games and was subbed in 12 of them.

Norwich were relegated and a move designed to showcase Hooper’s talents turned him into the invisible man.

“It was frustrating,” he says. “It’s such a hard league and Norwich were struggling. We basically defended for 60-70 minutes of every game and that generally meant playing 4-5-1.

“It was hard enough to get on the pitch, and even if you did it was hard to get on the ball. I scored six goals from hardly starting in a team that didn’t make many chances so I’m not unhappy with what I did. Do I see myself as a Premier League player? Yeah, I do. I’ve proved it.”

This idea that Hooper was misused is backed up by Mark Stimson, the man who discovered him as a teenager at Spurs and later launched his career at Grays.

“With forwards you are only as good as your service and if Gary gets that, he’ll deliver,” said Stimson. “He got a lot of chances in that Celtic side and would always finish nine out of ten. If you give him the ball, he’ll put it away. That skill will never leave him.”

Stimson’s main memory, however, is of Hooper’s maturity. Promoted to the Grays first team at 15 and a starter by 16, he ended up playing for free because he was too young to sign a pro contract.

“He wasn’t fazed by playing in the Conference,” added Stimson. “There were a few defenders who thought they could intimidate a young lad but Gary coped with the physical demands. It gained him a lot of respect from the senior lads.”

As a result, the 28-year-old has now been playing full-time for the last 12 years and considers that rough and ready upbringing the making of his career.

“Stimmo was a great manager,” said Hooper, who scored 20 goals in 68 games and won the FA Trophy during his time in Essex. “He gave me a chance when I was a kid and nothing I’ve done would be possible without that.

“I was at Spurs until the age of 14 and leaving them was hard. I’d supported them when I was younger, made a lot of friends.

“But you’ve got to get out. I’ve played academy football at a big club and it’s great in terms of improving your technique. But you have to learn how to apply it in the real world.

“Men’s football is more physical, more competitive, more ruthless. You don’t get time to measure a finish or a pass.

Next came an unhappy spell at Southend, followed in 2008 by a seminal switch to Scunthorpe that yielded 50 goals, one promotion and caught the eye of Celtic boss Neil Lennon. 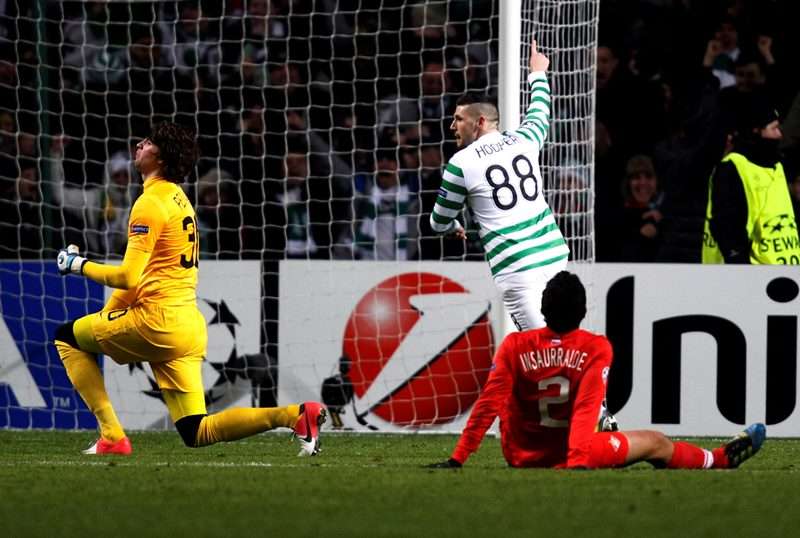 Goal: Hooper scores against Spartak Moscow in the Champions League (photo by Reuters)

“Neil actually came to watch me personally and when he asked me to join Celtic it was a no-brainer,” recalls Hooper, who made the £2.4m switch north in 2010 and went on to earn hero status with 82 goals in 138 games.

“It was strange because Scunthorpe were always the underdogs. Then I went to Celtic and was expected to win every game.

“Obviously I knew the club and the traditions but the scrutiny and the expectancy took me by surprise. I think it takes everyone who comes from outside Scotland by surprise.

“So did the intensity of the rivalry with Rangers. If you got noticed on the street you’d get the Rangers fans giving you abuse, the Celtic fans asking for photos. It was mad, but I loved it.”

Unlike Norwich. The final straw came last season when, despite scoring ten goals, Hooper was dropped for the play-off final victory over Middlesbrough.

“I knew then that I had to get out on loan,” he says. “Alex Neil didn’t say I wasn’t going to play but he did buy a couple of strikers so the message was pretty clear.”

Hooper joined Wednesday on loan in October before signing permanently for around £3m in January. Initial rustiness gave way to free-scoring form and a partnership with the mercurial Fernando Forestieri that is among the deadliest in the division.

“Me and Fernando work really well,” he said. “He’s unpredictable sometimes. Things come out of the blue with Fernando – you don’t know whether he’s going to pass it or put it in the top corner. He changes games, which is what all the best players do.

“It isn’t magic – if you watch and learn how your partner works, you can click with anyone. At Wednesday, one goes short, one goes long. Me and Fernando can both do that and we take our cues from each other on the pitch.”

And with Wednesday gunning for promotion, this might just be Hooper’s cue for one last England audition.