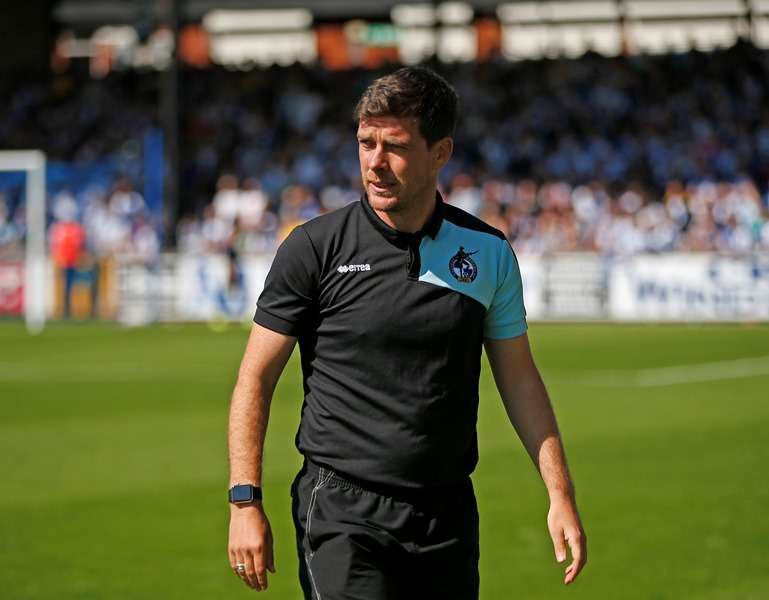 THIS time two years ago, Darrell Clarke was 14 days into his new job as the Bristol Rovers manager.

Previous boss John Ward had just moved upstairs to become director of football and Clarke stepped up from his role as assistant manager.

At the age of 36, Clarke was no rookie. His management CV already had two promotions on it after taking Salisbury from the Southern League Premier to the Conference in just three seasons, before the chance to be part of Rovers’ staff proved too good to turn down.

With eight games to go in League Two, the Gas had appointed one of the game’s rising stars with a view to preparing for the next season.

No one expected that to be in Non-League. Five defeats in those eight games – including a fatal final day loss to Mansfield – saw Rovers’ 87-year League stay come to an end.

A devastated Clarke faced the media, took full responsibility and vowed to build the club up again.

His first job in pre-season was to remove posters put up around their training ground calling for his resignation.

History was also against the former Mansfield Town and Hartlepool midfielder. Since Carlisle United managed it in 2005, no club had bounced straight back following relegation into Non-League.

They were forced to show bouncebackability last season, too. Lesser teams would have fallen away after missing out on automatic promotion to Barnet on the final day.

Rovers picked themselves up and negotiated the play-offs, eventually beating Grimsby on penalties at Wembley. 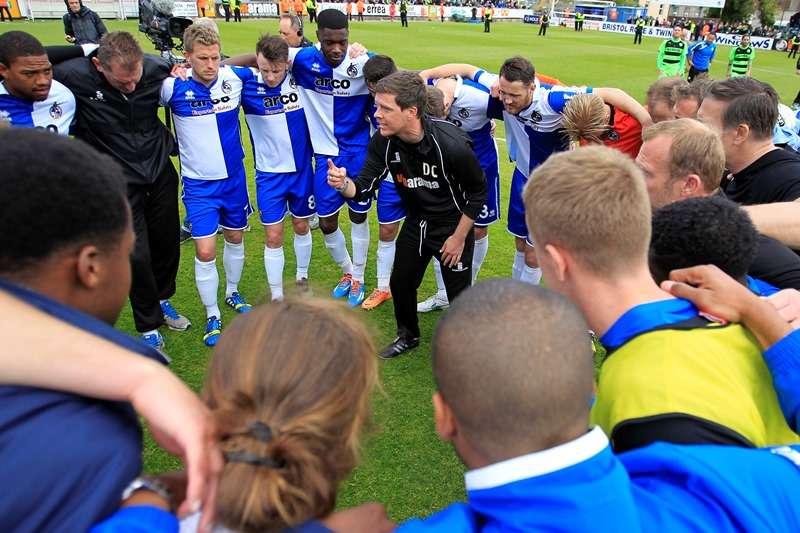 Clarke’s mad dash to celebrate with the 25,000 Pirates fans when Lee Mansell slotted in the winning kick was an enduring memory of the day.

“My hamstring has only just recovered now,” jokes Clarke, who won The Non-League Paper – sister paper of The FLP – Manager of the Year prize.

Less than a year on, Rovers are dreaming of another promotion. A run of six wins in a row in March has, whisper it, even got them dreaming of going up automatically – they sat third ahead of yesterday’s trip to champions-elect Northampton Town.

The starting line-up that swept Crawley Town aside 3-0 last weekend featured eight of the Conference team.

“Continuity is a rare thing in football,” Clarke says. “I had faith there was a lot more improvement left in the lads.

“We’ve got three lads who have made their Football League debuts this year. That shows the belief I’ve got in the likes of Matty Taylor, who is top of the scoring charts.

“I managed James Clarke at Salisbury, he was at Woking last year and had never played a League game. He’s come in and been fantastic.

“The same goes for Stuart Sinclair, who we had last year, too. Up until the New Year he was absolutely flying. It’s what you see in a player. I had great belief not just in those boys, but the boys who had been here for two or three years.

“They’ve helped turn the football club around, too. Lee Brown, for example, had a lot of League offers when we went down into the Conference. He was out of contract, but stuck by the club.

Striker Taylor has been a real success story with his 25 goals. The 26-year-old failed to make the grade at Oxford United so dropped down to English football’s eighth tier to play for village club North Leigh.

He scored 80 goals in two seasons while working as a teaching assistant in a school, before moving back into full-time football with Forest Green Rovers.

His scoring continued but he grew frustrated with being played out wide, rather than in a central position where he gobbled up chances for fun.

“I saw Matty play in one game – Kidderminster v Forest Green – and he played as a striker,” Clarke says. “I was actually there to watch another player but he certainly took my eye straight away.

“I couldn’t believe his movement. I looked into his background and thought to myself, ‘You’ll do for me if I get a number one job somewhere’.

“He’s been outstanding. Throughout his career he’s scored goals at most levels. People keep questioning the kid, saying, ‘Oh, can he do it in the League after doing it in Non-League?’ Well he’s certainly proved them wrong.

“Create chances, he’ll score goals and Matty will be the first to say about his team-mates. You always need individual players to perform well, but we have such a collective group with a real spirit that it keeps us focused. 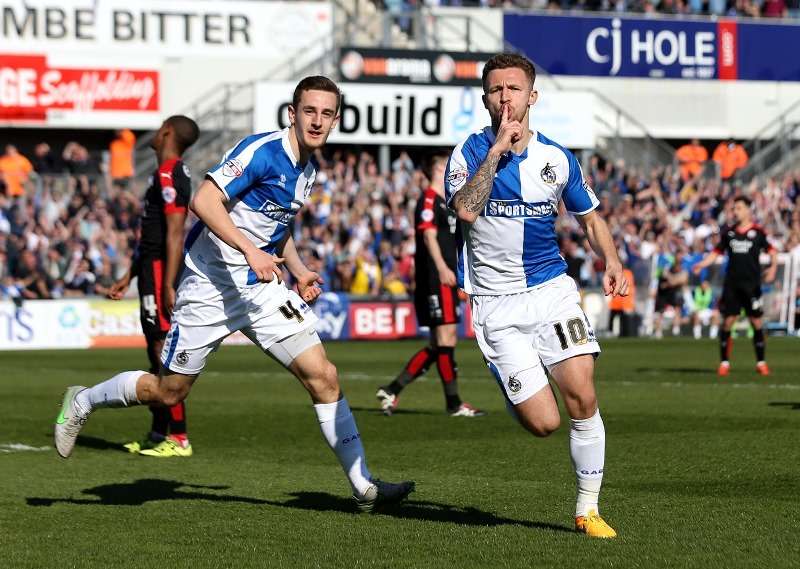 Clarke isn’t afraid of making decisions. He approaches each game as a separate project and is happy to rip up a plan that worked on a Saturday and change it for different opponents on a Tuesday.

Already he’s managed around 270 games and has a win rate of 75 per cent. He believes taking Salisbury’s job when off-field problems meant they were kicked down two leagues was the perfect learning ground.

“It makes you or breaks you,” says the 38-year-old. “There are a lot of first time managers out there now who get, what, three months? Six months? If you don’t do well in your first job then you’re struggling.

“I had the perfect background working at Salisbury. There were high expectation levels because we dropped down to the Southern Prem and it put me in very good stead.

“Both jobs have had their own big pressures. But no one can put any more pressure on me than I put on myself to win football matches. That is how I work.

“I’m a hell of a lot better manager now. You’ve got to have the downs as well as the ups to become a top class manager. You have to show how you get through the downs. I think I’ve done that with getting relegated and then, two years later, we might be talking about getting into League One.”

Might being the key word. The 7,500 average gate may be 2,000 more than when they last got promoted out of League Two, but Clarke won’t be getting carried away. And with a budget £300,000 less than the relegation season, not many expected them to be in this position now.

“I said at the start of the season the aim is to get into the top seven,” Clarke says. “Saying it and doing it is another matter. We’ve got some big clubs in this league.

“I always thought we’d be competitive but if you’re asking me did I expect us to be in this position at the start of the season, then no. But we’ve been outstanding and we’ll enjoy it.”