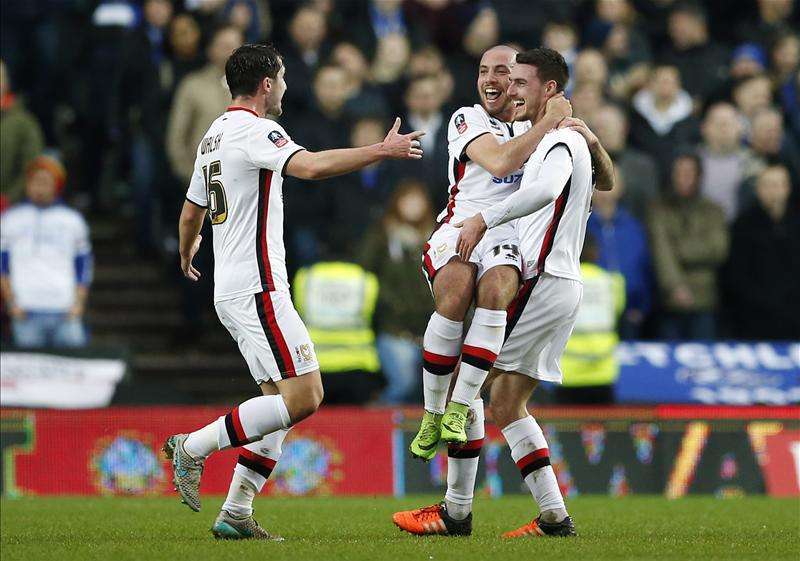 EARMARKED for greatness by Martin O’Neil. A Premier League debut at Anfield under Alex McLeish. At 19, it seemed Samir Carruthers was an Aston Villa star in the making.

Then Paul Lambert took charge in June 2012 and everything changed. Unwanted and unused, the playmaker spent the next two years festering in the reserves, playing just three times before a blissful escape to Stadium:MK.

At the time, rejection stung. Carruthers even questioned his own ability.

But after resurrecting his career in Milton Keynes – and capping his 100th game for the Dons with a fine strike against Lambert’s Blackburn – the 22-year-old says ditching Villa Park was the best thing that could have happened.

“I’m sure Paul Lambert had his reasons but, the truth is, we never saw eye to eye,” explains Carruthers, who said scoring in the Dons’ 3-2 defeat to Rovers had been “a sweet moment”.

“That first year, I wasn’t even allowed out on loan. I just travelled up and down the country.

“I wasn’t even making the bench – he just made me sit there in the stands, watching like I was a fan.

“At first, it’s all good experience. But it becomes demoralising, especially when it stretched into a second year. There was no real explanation and you start thinking ‘I’m not good enough’.

“There were so many youngsters doing really well and he never gave any of us a chance. Look at Jack Grealish. Under Tim Sherwood, he came straight into the team. I did think ‘If I’d stayed, would that have been me?’

“But I’ve got no regrets. The decision to leave was perfect. I’ve played 100 games since then and, 100 per cent, I wouldn’t have got that at Villa.

“I’ve been through a promotion battle, a relegation battle. I’ve learned so much about how to deal with pressure, how to close out games, what you need to dig yourself out of certain situations.

“If I was on a bench at Villa, what would I have? A good bonus. The odd few games at famous stadiums, but I wouldn’t really understand football.

“You can’t tell me someone like Marc Albrighton would be this good if he’d stayed, either.

“Of course, dropping out of the Premier League is a big deal. But, being pragmatic, it doesn’t matter now, does it? If we stay up, we’ll probably be playing Villa next season.

“That would be lovely, to be honest.” 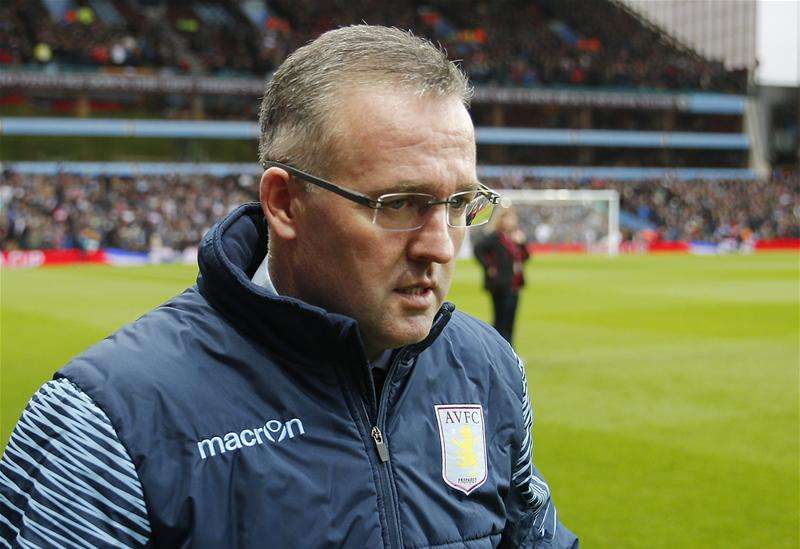 Hard times: Under Lambert, Carruthers made only three appearances for the Villans and has since become a key cog in the Dons engine room (photo by Action Images)

Carruthers is the archetypal Karl Robinson player: talented and technically adept, but also erudite and intelligent, clearly comfortable in his own skin.

For that, Robinson must take some credit.

“He gives players belief and confidence,” explains the midfielder. “He doesn’t have a problem with mistakes. He’ll never have a go at you for trying to beat a man or trying something audacious.

“If you work hard and listen, he gives you freedom to express yourself.

“That’s why it is so attractive to young players. I’d been here six months on loan and when he called to say ‘I want to sign you’, I was ecstatic.”

Yet Carruthers also owes much to his parents, whose determination to see their son succeed even extends to criticism of his goal tally.

“The Gaffer is always on at me to score more goals,” he laughs. “But he needn’t worry – I get it every time I go home!

“My parents are great. From a young age, my dad was focused on me playing football. But, at the same time, my mum put education first.

“They both said ‘focus on school and see if football happens’. Even after football, you never know what qualifications you’ll need.

“I was at Cambridge United as a kid. They got relegated to the Conference and the centre of excellence folded. Arsenal came in and I was there from the age of 12-14.

“They offered me a scholarship, but I didn’t want to stay. When you get held back and knocked down so many times, you just get fed up.

“I didn’t feel wanted and I couldn’t see any sign of progress.

“If you look back six-seven years ago, almost no English players came through at Arsenal. My parents realised that, too, and saw that Villa was the total opposite. They told me to go for it.”

Carruthers also has his folks to thank for his secret dressing room weapon, perfect Arabic.

“My mum is Moroccan,” he explains. “She moved to England for university and met my old man.

“I’ve never actually asked why she left Morocco. I guess she just wanted a better life. She’s a pharmacist now, working in a hospital.

“I’ve got loads of family out there. Before the football got serious, I used to go every summer. I’m fluent in Arabic.

“I was just lucky to grow up speaking both languages. If you’re picking something naturally up from an early age, it’s much easier than being actively taught as an adult.

“When I was at Villa, they had a Moroccan lad, Karim El Ahmadi.

“Whenever we need to speak personally, we’d switch it to Arabic. If we wanted to complain about somebody or say something bad, we’d make sure nobody could hear.

“I use it a lot with my mum, too. Her English is perfect but, when we need to speak in private, we use Arabic. My dad doesn’t like it much, though. He always thinks we’re talking about him!”

Right now, most people are talking about Dele Alli, the 19-year-old Spurs and England star with whom Carruthers shared a midfield last season.

“To be truthful, I don’t think anybody saw Dele doing this,” says Carruthers, of Alli’s seven goals in 37 games for Spurs. “You’ve got to give the kid so much credit and respect.

“But you always knew he’d do big things. He’s a goalscoring midfielder who always seems to be in the right place.

“He’s got an engine that never dies. He can run all day. He’s also got no fear, which I’m sure came courtesy of Karl.

“The things he’s doing, not many people have done at 19.”

Carruthers is grateful for the “window” that Dons alumni like Alli and Benik Afobe have opened for scouts, but for now his focus is simply on keeping the club in the Championship.

“Nobody expected it, especially on the lowest budget in the division,” he says.

“We tried to keep our principles. We tried to play football. Sometimes that’s hurt us, but it is something we all believe in.

“We’ve tightened up a lot. Against Derby and at Middlesbrough, we’ve shown we can defend.

“We are learning lessons in terms of blending those principles with being hard to beat.”