Home / Featured / Mike Williamson: I want to repeat my Toon title at Wolves

Mike Williamson: I want to repeat my Toon title at Wolves 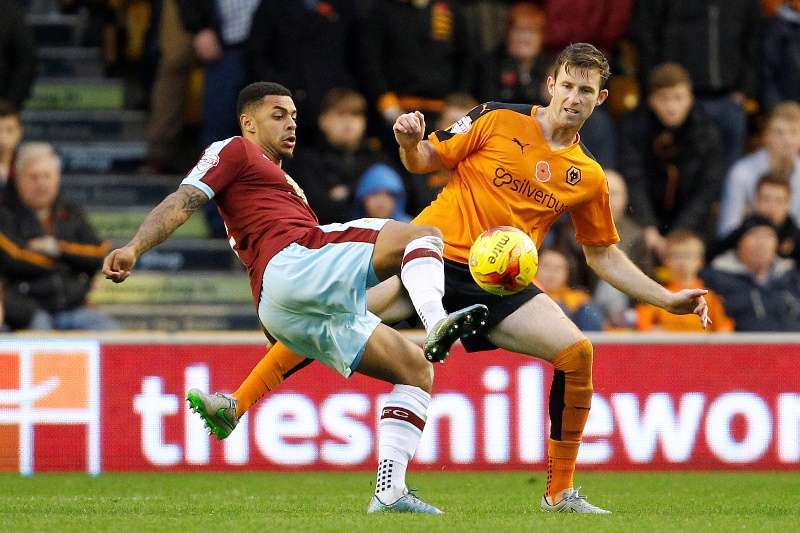 THE Northumberland village of Heddon-on-the-Wall couldn’t be much further from the Devon coastline where Mike Williamson grew up.

“About 400 miles,” he laughs. “Or seven hours. Either way, it’s a trek.” Yet in six years on Tyneside, the centre-half never once pined for the family and friends he’d left down south.

“I loved it,” says the 32-year-old, who this week swapped Newcastle for an 18-month contract with Wolves. “The people were welcoming. You’ve got beautiful coastlines, spectacular countryside, a great city.

“I’ve got three children in school, one in nursery. Two of them were born up there and they absolutely love it.

“Above all, it’s just such a great club. I had more good times than I can count. The Championship title year, finishing fifth in the Premier League, playing in Europe. We beat Man United 3-0 at home, beat them at Old Trafford for the first time in about 60 years. We beat Arsenal at the Emirates, did Sunderland 5-1.

“Even the tough times, where we had to win to stay up – it’s not where you want to be but the euphoria of winning those games was amazing. Those six years are priceless.”

Yet if Williamson loves the Toon, the feeling wasn’t always reciprocated. Like skipper Fabricio Coloccini and the rest of Newcastle’s shaky back four, the former Watford centre-back has taken plenty of stick from supporters in recent seasons. 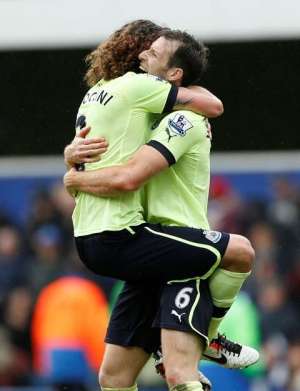 Give me a hug: Williamson celebrates with Coloccini (Photo by Action Images / John Sibley)

Castigated by stand-in boss John Carver for a red card against Leicester, accused of being slow and error-prone, dug out on Match of the Day. Did he ever feel victimised?

“No, no,” he insists. “That’s part and parcel of the industry. All players will tell you that the older you get, the thicker your skin grows.

“You come to accept that you’re open for criticism and every fault will be scrutinised. And of course, the bigger the club, the harsher the spotlight.

“Did I make mistakes? Yeah, like everyone. But remember, the season we finished fifth, we had a record number of clean sheets. We had a solid back four, players in the team who took their chances. It wasn’t a free-flowing side, but we were organised, disciplined and very effective at what we did.

“Every fan in the country wants to see fast, forward, offensive football. Who wouldn’t want to be like Arsenal or Barcelona? But the key is to find a balance between your best strengths. In recent years, we struggled to do that and we conceded goals as a result.”

Williamson certainly learned from the best. Most recently, that was Coloccini, the bubble-permed Argentina international and Newcastle skipper.

“I’ll stay in touch with him for life now,” says Williamson. “He’s a good guy, a good friend. And undoubtedly one of the best I’ve ever played with. In my eyes, he should have far more caps for Argentina.

“Colo’s never been that vocal but I think we complemented each other as a pair. I organised, kept the shape. Technically, he’s incredible and he reads the game so well.

“He’s not slow by any means. But I think he’s a perfect example of why centre-halves develop later. Experience is more crucial there than in any other position. The older you get, the more you can predict situations and react before it occurs. He’s a master at that.”

Earlier, the lessons came from the mouth of an Arsenal legend. As a 20-year-old fresh out of Southampton’s academy in July 2004, a coach pulled him aside and asked if he’d like to spend a season on loan at Wycombe, then coached by Tony Adams.

“When I found out Tony wanted to sign me, it was a true no-brainer,” he recalls. “I’d always looked up to him, as a leader, as a captain, as a defender. In my eyes, he’s one of the best players England has ever had.

“It was unfortunate that it was cut short. I wish I’d got longer than six months with Tony. But even that time was invaluable. Not so much individually but defending as a team – I think he had some really innovative ideas and for a young defender his advice and guidance was priceless.”

Williamson eventually made over 150 appearances for the Chairboys, then played 21 times for Watford under Malky Mackay before a controversial £2m move to Portsmouth in 2009. 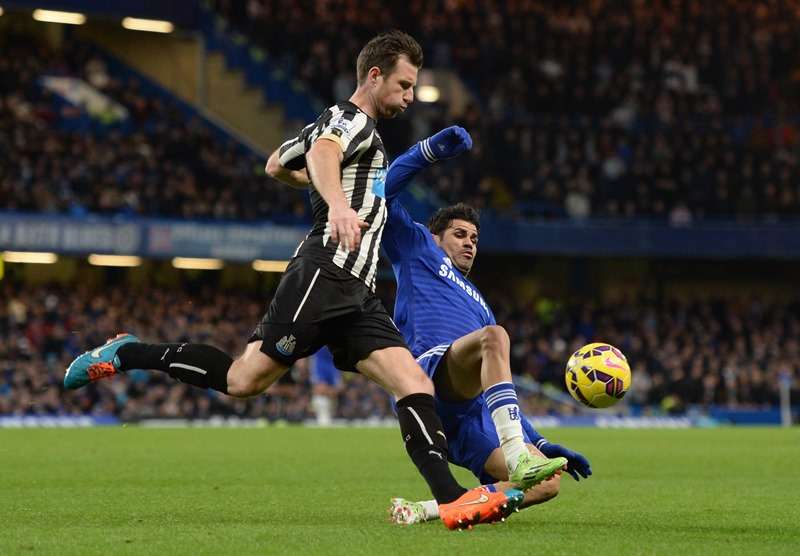 Yet nothing could prepare him for the maelstrom of discontent that was Newcastle under Mike Ashley.

The Toon’s London-based owner rarely showed his face and never gave interviews, leaving gaffer Alan Pardew and his players to bear the brunt of complaints. Yet Williamson says the players were never affected – and that was thanks to the man now in charge at Crystal Palace.

“One thing I’ve realised about Alan – and this is something I didn’t see at the time – was the way he handled the amount of pressure he was under,” explains Williamson,  who made 169 appearances for the Magpies.

“He had a fantastic aura about him and the way he led the team and kept spirits up was quite extraordinary. Even in the most extreme situations, he never let it show.

“You’d see the protests and the banners and the stuff in the papers. But the way he presented himself to the team, day in, day out, you’d think nothing was wrong.

“Whether he went behind closed doors and let it all out in private, I don’t know. But he never let anything through to us. That was very commendable and very necessary.”

Unwanted by new Newcastle boss Steve McClaren, Williamson initially joined Wolves on loan in October, then made the deal permanent this month.

And having tasted title glory with Newcastle last time he played at this level, he sees no reason why Kenny Jackett’s men can’t gatecrash this season’s promotion party.

“That was the big attraction for me,” he says. “I look at our squad, the blend of youth and experience and it’s all there to make a late surge.

“Fundamentally the division is still the same. It’s competitive. It’s physically and mentally gruelling. The standard has risen but we have a good team, with quality in every position.

“Yes, Newcastle had proven players. But the biggest thing was getting on a roll and breeding confidence. That made us unstoppable and that’s what we need to grow here.”