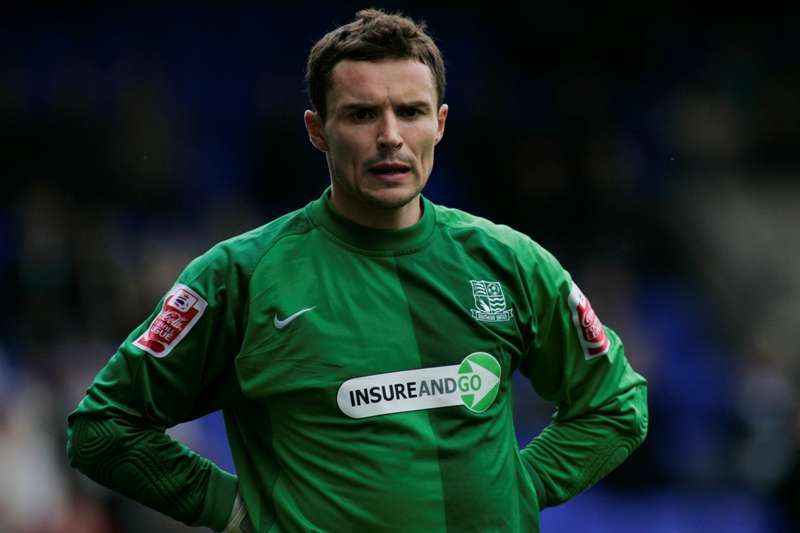 WHEN I left Bournemouth in the summer, I thought I’d be fine. OK, so I’m 37. But I’ve played more than 450 games, hardly been injured and I’m still in good shape.

In fact, I found it very, very tough and, in the end, I wasn’t signed by Crawley until the middle of October. Now, I’m out of contract again.

I wasn’t alone. I spoke to a lot of very good, very experienced keepers who couldn’t find clubs willing to take them on. Some of them are still searching.

The reason? More and more these days, clubs in League One and Two are getting young kids on loan from the Premier League.

So far this season, 22 different goalkeepers have played in Leagues One and Two on loan from clubs in the top two divisions – some of them for two teams. One club has had five different keepers.

These big sides will give you these players for next to no money. They say ‘We want this lad to play every game for his development and, if you do that, we’ll pay his wages’.

From the club’s point of view, I understand that. At that level, money is tight and, if you speak to the manager or chairman, he’ll probably say ‘This is how I manage the budget’.

But their cost-cutting is leaving good people out of work and means people with families and mortgages are worrying about their future. I know a lot of older guys who are seriously considering quitting the game.

You might argue that loans are a part of the game, so why should keepers get special treatment? But remember, other players have ten places to fight for. We have just one.

That’s why I believe the Football League should stipulate you start the season with your own contracted goalkeeper. If things go wrong, through injury or suspension, then by all means go out and get a youngster in. But we should never have a situation where a club don’t have a recognised No.1 on their own payroll.

In a similar vein, I’d like see more home-grown lads get a chance in the Premier League. I watch some of the goalkeepers up there and are they better than guys like David Marshall and Keiren Westwood? I don’t think so.

Marshall has won international caps, played in the Premier League with Cardiff and had a fantastic season there. He shouldn’t be at this level. Westwood has proved time and again with Sheffield Wednesday that he deserves another chance after that misstep with Sunderland.

But, for some reason, clubs at the top favour foreign players. Again, maybe that’s just the market. Maybe clubs charge top dollar for a British keeper and managers feel they can get a better bargain abroad.

Maybe they think the fans will be more excited by a guy from Croatia than a bloke from the Championship. But I see plenty of people in the Premier League who, in my opinion, simply aren’t good enough.

I’ve even heard stories about clubs buying keepers purely on statistics. One very big club ran an analysis and discovered the majority of goals were conceded in the 18-yard box.

I think I could have told them that! But, purely on that basis, they went out and signed the keeper with the best saves-to-shots ratio inside the box.

Whatever the case, it’s very frustrating. Because I bet those lads would do a better job than some of the people there right now.