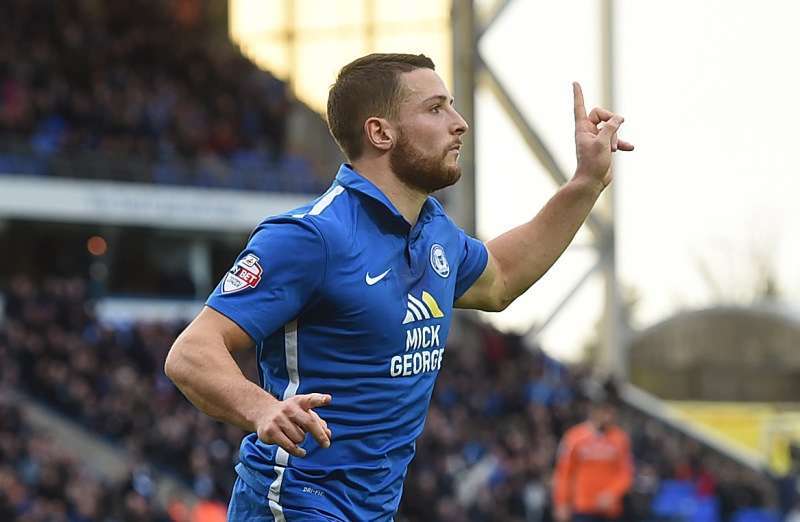 The 23-year-old had been the subject of interest from seven other Championship clubs and following Charlie Austin’s departure to Southampton last week, QPR stepped up their chase to land the former postman.

Washington has scored 15 goals in 30 appearances this season, finding form under Graham Westley to warrant the R’s paying a reported £2.5m for his services and handing him Austin’s no.9 shirt.

In a deal that could see Peterborough receive more money in add-on clauses, the forward’s old club Newport County stand to earn a ‘seven-figure sum’, according to Posh chairman Darragh MacAnthony.

Washington told the club’s website: “As a striker, having someone like Jimmy Floyd Hasselbaink here as manager was a massive pull for me. He’s been there, seen it and done it at the very highest level and that can only benefit me as a player.

“I feel I’ve improved as a player over the last 18 months. My mentality has changed and I’m a better player for it. But I also feel there’s a lot more to come from me and I believe I can properly go on to fulfil my potential at QPR.

“I know I’ve still got a long way to go in my development but I’m relishing the chance to prove my worth. I’ve proved I can do it at every level I’ve played at so far, so I don’t see any reason why I can’t do it here with QPR.

“I can’t wait to pull on the QPR shirt and show the fans what I’m capable of,” Washington stated.

QPR head coach Jimmy Floyd Hasselbaink added: “Conor is a player I’ve admired for a while now, so I’m delighted he’s agreed to join us,” he said.

“I’ve seen first-hand what he’s capable of and his all-round game has always impressed me. Of course he’s still got a lot to learn – he’s by no means the finished article – but I am convinced he has what it takes to succeed at a higher level with us.