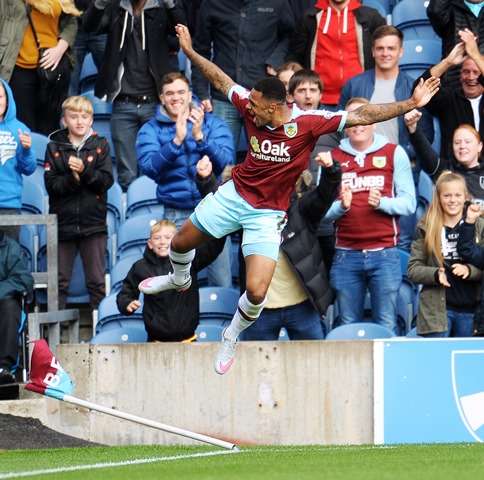 REWIND 18 months and Andre Gray is sitting in the lobby of a five-star hotel in downtown Amman, Jordan. The striker, in the thick of a title run-in with Luton Town, is on international duty with England C and taking time out to tell this reporter what’s driving him on.

He opens up about becoming the man of the family following the death of his step-dad and father of little brother Cody.

“He’s three-and-a-half so that’s going to be hard for him,” Gray said back then. “I have to take care of him. He’s not going to have a dad now and no one to teach him men’s things.”

He also explains how he owes mum Jo everything, along with his late grandad and nan who brought him up.

Fast-forward to the present day and it’s easy to see Gray has come a long way in a short space of time.

He returned to Luton to fire them back to the Football League with a season-haul of 30 goals before landing a move to the Championship with Brentford.

Relatively unknown, unproven and still raw, Gray continued his remarkable rise by crashing in 18 goals as Mark Warburton’s Bees caught everyone by surprise to finish in the play-offs.

Cue a scramble for his signature. Bristol City had bids rejected, Hull City wanted him too, but it was Burnley – fresh from Premier League relegation – who forked out a club record fee to take him to Turf Moor.

So, what does Cody, now five, think of big bro ripping up the Championship?

“He loves it,” Gray laughs. “As you can imagine, he’s understanding it even more now – he’s got all the kits. My mum takes him to football. I’m not sure where he plays – I think he’s just running up and down at this stage.

“I can provide for them a lot more now and hopefully soon I’ll be able to get them out of their house in Wolverhampton. That’s the main thing.

“I’ve been able to do little things for them already, but the main aim is getting the house.

“They’ve not been up yet. Our timescales are different with me at football and Cody at school and we’ve only had two home games since I’ve been here, but I’m sure they will soon.”

When they do, they will see one of the most powerful forwards in the league running himself into the ground for his team. Hard work has taken Gray from the muck and nettles of Non-League to the Championship and a club pushing for the Premier League.

“It’s funny when you look back,” Gray says. “And I do look back at everything, my Hinckley days and my first call-up for England C. It’s been a mad few years.

“It’s given me a good grounding. But I just get on with it. You know you’ve worked hard to do it so it was always going to happen.

“I tried to tell the young boys at Brentford that it’s never a bad thing to go down. If you have to go to the Conference North or South then that’s what you have to do. It’s got me to where I am now.

“It’s happened to a lot of the boys in the Premier League, even now at Burnley, and it’s not a bad route to go down. There are some long, cold nights but it gives you that drive.” 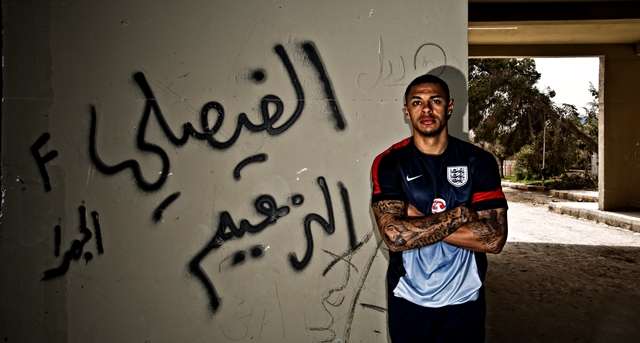 For those who have followed Gray’s progression closely, his game has grown noticeably. A player who was equally as capable of smashing the ball into the top corner as he was into the scoreboard high above Luton’s Oak Road End, he’s become more ruthless in front of goal.

“It still happened last year where I missed chances but I scored a lot more than I probably would have,” Gray says. “I’m getting better and it will keep coming over time.

“I could have easily scored 25-30 goals last season if I’d been more clinical, but it will come. I’ve scored four already this season and hopefully I can get more than I did last year.

“It took a few games when I first joined Brentford. But after getting a couple of goals I knew I could score at this level and that obviously helps your confidence. Now coming here I know I can do it in the Championship.

“It’s always hard to make the step up the leagues but I’ve got to thank Mark Warburton for that as well. He believed in me, put me in straightaway, kept faith in me and it paid off in the end.

“He’s a great man-manager. He’s helped me massively. Every day he was out there coaching us with his assistant David Weir and giving his all to make us all better.

“You notice if you’re working hard every day then it comes naturally and it’s something you end up not thinking about. Natural instincts take over.”

Gray’s grounded demeanour means he’s not fazed when he does miss and he’s not worried about living up to the pressure of his price tag, which Burnley say is £6m, or filling the goal void left by Liverpool-bound Danny Ings.

After all, although on a different scale, he did experience the pressure of playing in front of a demanding crowd at Luton, desperate to see their club’s five-year Non-League nightmare end.

“It helped because it was early in my development,” says Gray, who has spent the week in Spain with his team-mates for a training camp.

“Getting over that hurdle at Luton was difficult at times. But I got used to it and I know how to deal with that stuff now.

“Even not scoring for nine games last season, I know how to go about it mentally now. You have to know it’s just one of those things.

“Last year I was still learning and I was putting too much pressure on myself when I wasn’t scoring.  I knew I could score but I wasn’t. I don’t think I’ll go back to that now.”

Gray scored in his first game in front of his new fans against Sheffield Wednesday and grabbed his second before the international break with a smart finish at Rotherham.

“It was good to get off the mark early, especially on my home debut as well,” Gray says. “It’s a good club. It’s been easy to settle.

“The players and fans have welcomed me and the manager Sean Dyche is great. It was a big hole to fill with Danny Ings leaving. If I can do half of what he did at Burnley then hopefully that can help get us up. It doesn’t faze me.

“I feel like I’ve started well enough. As long as that can keep going it’s good, but the main thing is to get promoted.

“It’s massive in this league. They’ve got that experience and they’re always going to help me.”