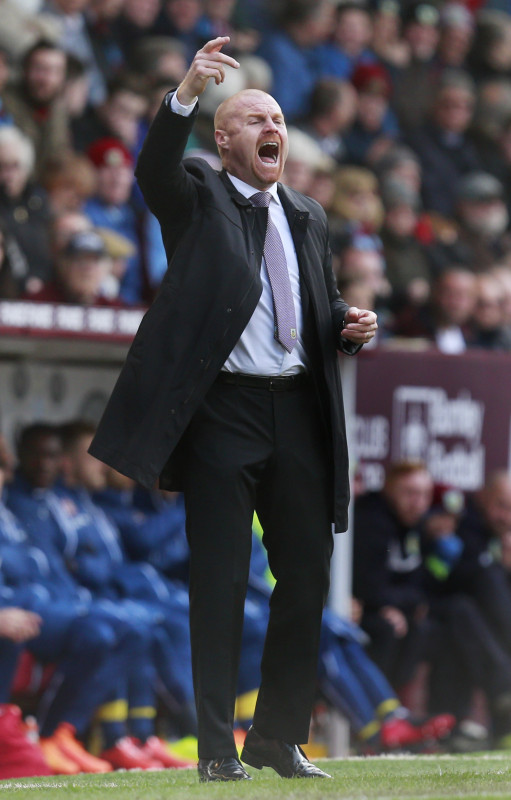 It wasn’t the Premier League that shocked Sean Dyche. It was the return to the Championship.

“The division has moved on so much,” says the Burnley boss, an air of exasperation in that famously gravelly voice.

“Some of the wages that people pay, the transfer fees flying around. The fees we’ve been quoted for some players are quite incredible. I didn’t see that coming two years ago. I really didn’t.”

Dyche, a man who won the Burnley job after a slick powerpoint presentation, rarely speaks without full grasp of the facts and, naturally, his observations are born out by hard data.

Over the last two seasons, average spend per club has risen from £1.3m a year to £2.3m. And of the six highest transfer fees in Football League history, five have changed hands in the 18 months since the Clarets won a shock promotion to the top flight.

Ross McCormack’s £11m switch from Leeds to Fulham in August 2014 was the most notable, a Championship record that left pundits incredulous.

No end is in sight, with Boro reportedly preparing to offer a player plus £14m for Jordan Rhodes and sought-after Brentford striker Andre Gray festooned with an £8m price tag. 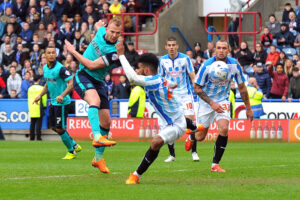 “The biggest change has undoubtedly been Championship to Championship,” adds Dyche, whose side’s transfer record remains the £3m paid for Steven Fletcher in 2009.

“In the Premier League, you expect the market to jump radically. You’re not talking about jumping from £1m to £2m. You’re jumping from £2m to £10m for players that, arguably, you’re kind of turning your nose up at.

“But because you’re in the Premier League, that’s the standard. You accept that players of a certain quality will simply be out of your league.

“Now, though, some of the owners in this division are prepared to spend huge amounts. And when somebody moves for big money, it makes it tougher for everyone because a new standard is set. For clubs like ours, that’s very, very difficult.”

Clubs like ours? Surely not. If the headline figures are to be believed, Burnley pocketed £120m from promotion to the Premier League, not to mention more than £10m from the summer sales of Danny Ings, Kieran Trippier and Jason Shackell. Can’t they simply join the jamboree?

“Look,” says Dyche, who has added the likes of ex-Boro striker Jelle Vossen, Aston Villa full-back Matt Lowton and Chesterfield defender Tendayi Darikwa to his squad. “I want to be back in the Premier League as much as anyone. But not at any cost. After all, I was the manager who unfortunately got told ‘You have to sell Charlie Austin for the club to survive’.

“The fans remember that too and I think there’s an element of reality to this club. We haven’t got owners who can write off losses left, right and centre. We haven’t got huge resources.

“Yes, we’ve got a level of finance available but we won’t spend it stupidly. Some clubs haven’t taken Financial Fair play as seriously as they might have, but we are. And remember, when we went up two years ago, our budget was in the bottom five of the Championship. Money is great but it’s no guarantee.”

Yet if spirit and belief was enough to escape the Championship, it proved less than adequate at the highest level.

Though perpetually competitive and capable of the odd upset – most notably a 1-0 win over Man City’s millionaires at Turf Moor – Dyche’s squad, largely unchanged from the promotion season, rarely clambered from the bottom three and were eventually relegated in 19th place.

After the rip-roaring ride to promotion, was it possible to enjoy a season that yielded just seven victories and 26 goals?

“Not overly, no,” says the 44-year-old. “It’s a challenge mentally because you start questioning everything you do, everything that brought you success in the past.

“It is tough emotionally because you’re used to winning games and suddenly that stops. It becomes very difficult to re-motivate people, but I thought we did OK. We took seven out of the last nine points, so there was plenty of life in the team. At the time, it’s hard. But in hindsight, there’s no negativity. We were energetic, we had belief. What we lacked was real quality at killer moments, especially in games we were dominating. I thought we maximised the potential of the players but, at some point, the reality does bite.” 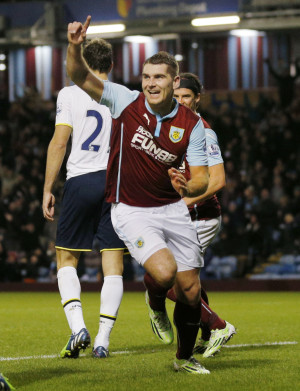 Would the Clarets still be in the Premier League had Sam Vokes not ruptured a cruciate at the back end of the 2013-14 campaign? He and Danny Ings netted 47 goals between them to seal promotion yet Vokes missed almost the whole of last season as he returned to fitness. “It would have helped,” he admits. “They had such a good relationship and were scoring goals for fun in the Championship. But what can you do? If people are picking up muscle injuries, you can change your training programme. If somebody ruptures a cruciate in a game, that’s rank bad luck.”

Burnley’s gallant struggle to beat the drop impressed many, not least fellow strugglers Sunderland who were preparing to offer Dyche the manager’s position before Dick Advocaat performed his last-ditch u-turn. Would he have gone?

“There was no offer,” he sidesteps. “It’s flattering when clubs are linked with you. Sometimes there’s reality in it, sometimes not. On this occasion, I don’t know. I read a lot in the papers but it was nothing to do with me. I was on holiday in Turkey.”

So if Dyche is to return to the top, it must be with Burnley. And he knows it will be much harder to surprise people now.

“We’re looked at differently,” he says. “We’re by no means giants, but we’re a team that was good enough to get into the Premier League. That demands a level of respect.

“There’ll be a perception from the outside too – that almost mystical thing that just because you’ve been relegated you’ll automatically be up there again. But we don’t think like that. We know the challenge. And with all the money flying about down here, we’ll have to be up for it.”