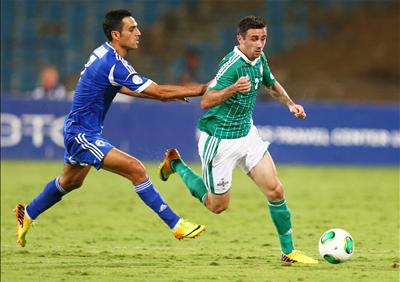 The Millers have conceded 15 goals in their last five games, dropping points that have allowed Wigan to claw back their hopes of Championship survival to leave the Yorkshire club looking over their shoulder at the six-point advantage.

Lafferty has found himself shadowing the first team at Turf Moor this season making only two appearances, with the 25 year-old delighted to learn of Rotherham’s interest.

“I’m definitely looking to achieve some game time and some experience here,” said the Derry-born international.

“I got the phone call yesterday (Wednesday) afternoon and spoke to Sean Dyche the manager and he confirmed it. It all moved quite quickly and by the middle of yesterday I knew I was coming here and it was all done and dusted,” Lafferty revealed having travelled to Liverpool with the Burnley squad for Wednesday night’s league encounter at Anfield.

He is available to play against 16th placed Huddersfield Town on Saturday and is the 28th signing made by Evans since the start of the summer.