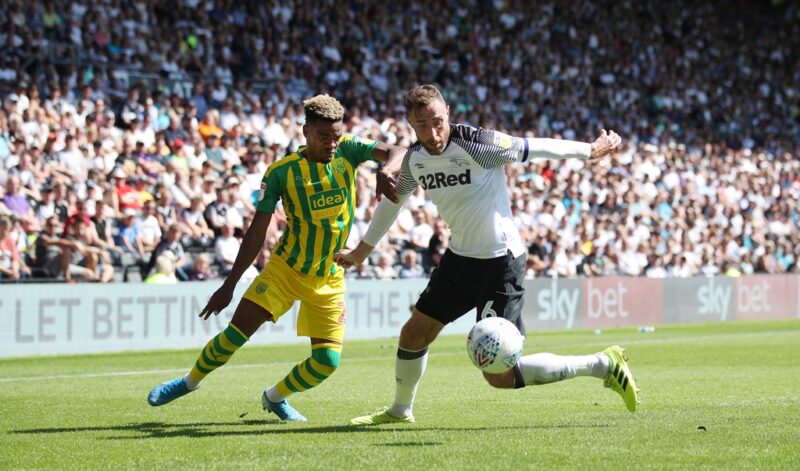 Innocent until proven guilty? Not, it would seem, in the case of Tom Lawrence and Mason Bennett.

Arrested on suspicion of drink driving on Tuesday night, social media swiftly lit up in condemnation.

Plenty of Rams fans want the duo sacked, and Derby wouldn’t be unique in meting out the ultimate sanction.

In May, Stoke City tried to sever ties with Saido Berahino after he was convicted of driving whilst three times over the limit.

A lawyer effectively fought the striker’s corner and, in the end, he was paid to leave.

Sunderland didn’t even wait for a conviction, canning Irish midfielder Darron Gibson just two weeks after his arrest in March 2017.

Yet Wayne Rooney, local hero and former England captain, was fined just two weeks’ wages by Everton when he got caught drunk at the wheel a few months later.

It would hardly be the height of cynicism to suggest the punishment doesn’t fit the crime so much as the status of the player.

Both Bennett and Lawrence are young, saleable assets. Neither man is likely to find himself on the dole queue, despite a Derby statement promising that each would pay a “heavy price” for his actions.

But what of Richard Keogh, the third man involved in the incident? Bennett and – to a lesser extent – Lawrence can at least claim to be youthful and stupid.

Everybody can be forgiven for transgressions in young adulthood, even if theirs did fall at the more serious end of the scale.

Keogh is 33, a husband and father. More importantly, in this context, he is the captain of Derby County, the man expected to set an example.

Indeed, it is telling that the Derby statement focused heavily on his involvement. “The players were out as part of a scheduled team-building dinner with staff,” it said.

“While the majority of them acted responsibly and left at around 8pm and were not involved, a small group, including the team captain Richard Keogh, continued drinking into the night.

“They should have known when to stop and also ignored the opportunity to be driven home using cars laid on by the club, and chose to stay out.”

Keogh eventually climbed into a Range Rover driven by Lawrence, which was then involved in a collision with Bennett’s Mercedes before ploughing into a lamppost.

The Rams skipper suffered a broken wrist and a knee injury that will keep him out until next season.

By then, he will certainly have been stripped of the captaincy. His body may be failing. He will also be pushing 34 and into the final year of a contract he signed under a completely different manager.

If Phillip Cocu remains in charge at Pride Park, will he be willing to trust a man who has let him down so publicly, and imperilled his formative reign at a time when he could scarcely afford more problems?

Will supporters – many of whom already feel Keogh has outstayed his welcome – turn on his every mistake?

Keogh, an ostensibly decent man who suffered a lapse of judgement, may not be sacked outright.

But after 355 performances in eight distinguished years at Pride Park, it would be a surprise if he is ever seen in a Derby shirt again.