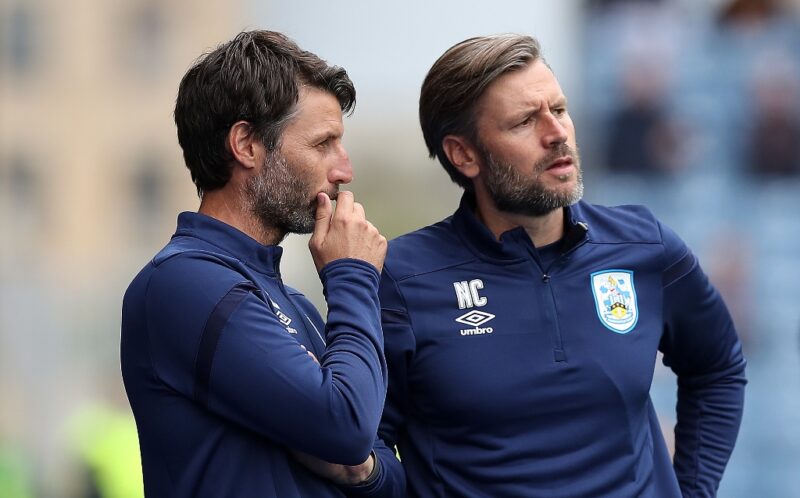 Can the Cowley brothers turn Huddersfield Town around? Absolutely. They’ve overcome far bigger challenges in the past.

When Danny and Nicky went into Lincoln, the Imps were a mid-table National League side going absolutely nowhere. They weren’t even a shadow of the team they’d become.

Within three years, they’d taken them to the title, beaten a Premier League side in the FA Cup, won the Checkatrade Trophy and promotion to League One.

At Braintree, their budget was £150,000. In the National League, that’s bottom six. Yet they took them to third-place and a play-off semi-final against Grimsby.

Not only that, they did it with a part-time side. Kenny Davis, the captain of Braintree, was a taxi driver in London.

He played in the semi-final first leg on a Thursday night, worked his taxi round on Friday and Saturday, then played the second leg on Sunday.

If they can deal with that, they can certainly deal with an underachieving squad in the Championship.

For anybody who leaves a successful job, the next step is always a risk. The best example is Nathan Jones, who enhanced his reputation so much at Luton.

Great football, promotion. He was widely seen as one of the best young managers around. Now, after a nightmare year at Stoke City, he’s fearing for his future.

After back-to-back defeats to start with, plenty of people are wondering if the Cowleys have walked into a similar minefield, but I can’t see them failing.

Of all the managers in the EFL, they are probably the ones I know best. Just this week I sent Danny a message wishing him luck.

I remember going up to Lincoln the year they won promotion and sitting in their office listening to them talk football.

The attention to detail was like nothing I’ve ever heard, and I’ve worked with some good managers over the years. It was phenomenal, it really was.

They’re quite high into their stats. They have a lot of little phrases to describe areas and situations, like ‘Safe Zone’ and things like that. It’s quirky, but the basic philosophy is simple and easy to follow. Players love it.

They will face new challenges. Danny is very intense, and thinks about the game in abstract and unusual ways. Can he get those ideas across to foreign player who doesn’t speak good English?

He’s also a former schoolteacher who hasn’t played the game at any serious level. Certain players at that level will be sceptical of that.

At Lincoln, some of his first signings were men like Alex Woodyard and Bruno Andrade. They were players he knew and who knew about him. With the window closed, he can’t do that at Huddersfield.

But he’ll be putting the hours in. He’ll be doing the analysis. It might just be a case of playing a little bit more direct and working a bit harder. When times are tough, the simple things work best. What he needs – above all – is a win.

I’ve just been doing my B Licence in London, and we were talking about the role of luck. You’ll see managers win three games out of four, and every one was fortunate.

A deflection, a wrongly-awarded penalty, a dodgy red card. Then somebody else will lose three out of four and play brilliantly in every game. The Cowleys just need one of those lucky wins.

In the Championship, momentum can switch in a heartbeat. In the Premier League, you could win three straight games and if you play Man City next, you’ll probably lose.

In the Championship, if Huddersfield beat Stoke and got on a run, they could easily go to Leeds and win. Get that win, get on that roll and, believe me, you will see how good the Cowleys are.