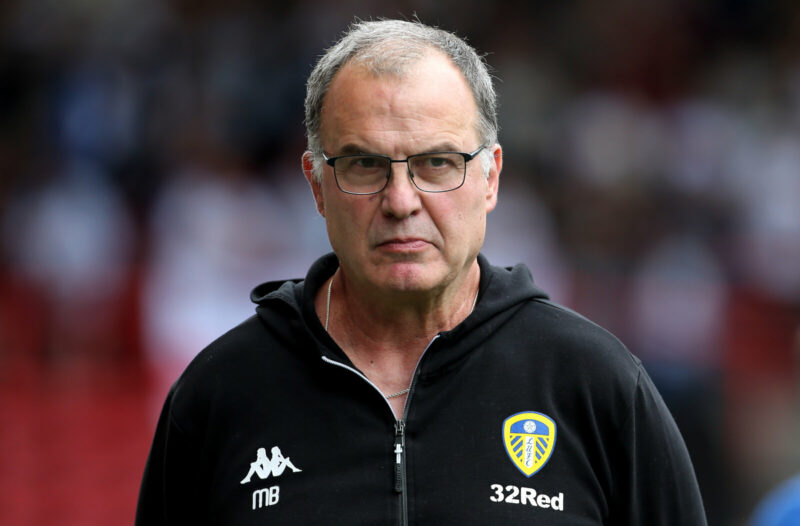 Leeds United manager Marcelo Bielsa is under no illusions about the challenge that faces his side when they take on Barnsley in a Yorkshire derby this Sunday lunchtime.

Now in his second season at Elland Road and looking for three points to bolster United’s promotion charge, Bielsa shared how he has been impressed by the Tykes’ unique style of play.

Addressing the media in his pre-match press conference Bielsa warned, “We have never faced a team like this one, it’s a different kind of team”.

“They press high and run a lot, their position in the table is not linked with the style of play they have shown.

“This team is built to move the ball in a good way.

“I don’t know the manager, but the team speak for him,” Bielsa explained.

Despite their difficult start to the campaign Daniel Stendel’s Barnsley have clearly caught Bielsa’s eye most notably with their opening day victory over Fulham.

Defender Luke Ayling is also nearing a return and is expected to play for the under-23s twice next week in a bid to improve his match fitness.

A win for Leeds United could take them back to the top of the table depending on other results.