Posted on August 28, 2019 by admin in Columnists, Featured, Features | 0 Comments 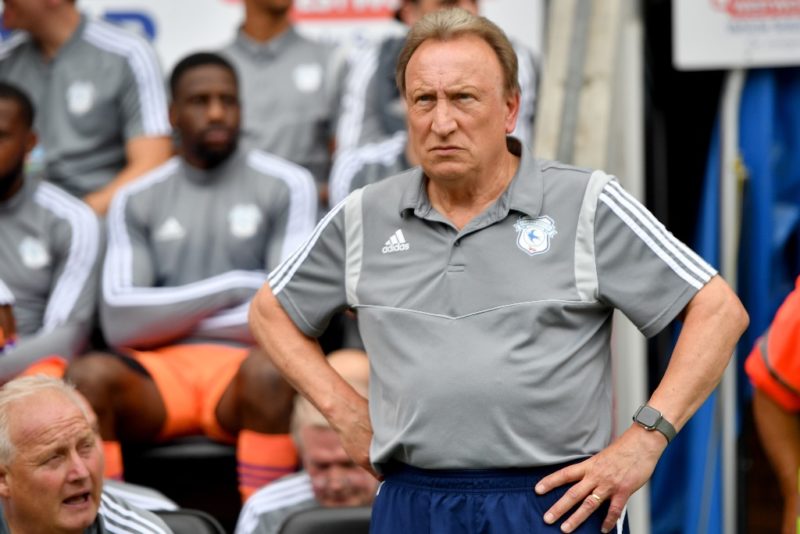 ACCORDING to Nathan Blake, Neil Warnock has set Cardiff City back four years with his style of football.

He knows nothing about how you manage a football club. When you look at Neil’s record, he certainly does.

He got Cardiff promoted from the Championship on one of the lowest budgets in the entire division. He then spent less on transfers than anybody else in the Premier League and very nearly stayed up.

Fulham spent £130m, tried to play good football and got miserably relegated. That shows you the value of having a successful manager who knows how to maximise the players he’s got.

People in this country have been brainwashed to believe that football should only be played one way. Not only is that impossible, it would be incredibly boring.

There’s too much white noise – papers, television, social media – trying to impose on managers a single style of playing.

It’s become a big problem for managers because they fear that if they don’t play that way then they won’t get a job.

But if your players aren’t capable, you’re in trouble. You will see many teams this year concede a huge amount of goals because they lack the capacity to play out from the back but try to do it anyway. Opponents will simply pinch the ball and shoot.

If you throw a ball out to the full-back and it goes under his foot for a throw-in, then you throw the ball out to him again and the same thing happens, do you continue to flog the same dead horse? Some do, but not me.

I’m the opposite to most managers. I’m pragmatic. I’m not hell-bent on a system of play or a single philosophy.

Pep is like that. Brendan Rodgers is like that. They are two fantastic managers and that’s their choice. It’s their responsibility to sign players who can do it. But if you’re pragmatic, you find a system of play that suits the team.

Sometimes, that does mean going direct. But when I was at Sunderland, Jermain Defoe played up front on his own.

Did we play long ball? Did we heck. He was 5ft 9ins, so we obviously couldn’t play off him. It would have been ridiculous. We created a system that got balls into the box, he scored a lot of goals and we stayed up comfortably.

For me, it’s not about playing styles. It’s about training your players to be capable of change. So when you do need to alter something, it isn’t disruptive.

Some managers these days say ‘I worry about us, not the opposition’. It’s fine if you’re Manchester City or Liverpool.

But if the opposition is better than you – as they often were in my time – it’s just irresponsible.

You have to mix things up. You have to create doubt. You have to get the opposition coach thinking ‘Hang on, why’s he suddenly playing there?’ If you stick to one idea, you’re predictable.

During my time at Crystal Palace, we beat Chelsea at Stamford Bridge the year they won the title. We beat Liverpool 2-1 at Anfield, which is still their last home defeat. We beat Arsenal 4-0 at home.

It’s easy to criticise managers, but there’s much greater depth and complexity to the job than people realise.

It’s also unrealistic to expect great football straightaway. As you evolve, you naturally sign players who are better and more capable. Your football changes and improves.

Like myself, Neil will always take stick. But we’ve both got records that suggest we know what we’re doing. And we’ve both been around too long to care.