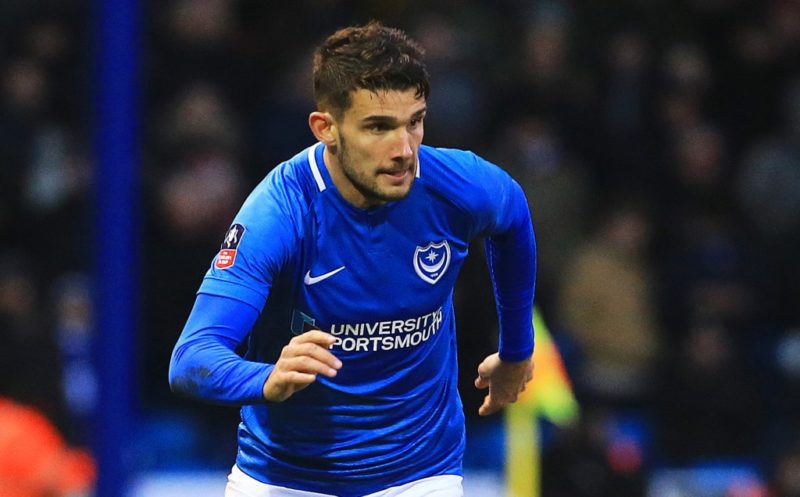 GARETH Evans is having a ball at Portsmouth – and promotion to the Championship and Checkatrade Trophy glory in the next couple of months would cap it all.

The 30-year-old attacking midfielder moved to Fratton Park in the summer of 2015 and has played a full part in helping Pompey out of the doldrums.

They reached the League Two play-offs in his first season, won the title the following year and finished a highly creditable eighth on their return to the third tier last term.

Now, however, there is the chance to outdo those deeds by aiming for a double. Kenny Jackett’s troops headed into the weekend in fourth position in League One and still with a chance of bagging one of two automatic berths into the Championship.

If not, there is also the opportunity of going up via the play-offs, and Portsmouth had a ten-point buffer pre-weekend. That could end in a trip to Wembley – and Pompey will already have some experience of the home of football having earned their spot in the Checkatrade Trophy final.

Portsmouth will face fellow League One promotion-chasers Sunderland in a mouthwatering Wembley showpiece on Sunday, March 31, after the Black Cats won 2-0 at Bristol Rovers in midweek.

The previous week, Evans had set Pompey on their way with a beautiful free-kick to open the scoring in the 3-0 semi-final victory at League Two high-flyers Bury. No wonder he’s revelling in life on the south coast.

“Every year has been really good and there’s always been a bit of drama,” he said. “It’s a fantastic club to play for and you could say I’ve found a bit of a home in Portsmouth.

“This is my fourth year now and hopefully I’ll sign a new contract soon and make that even longer. Everyone knows how good the fans are and I love playing at Fratton Park

“Portsmouth against Sunderland means it’s two big clubs, well backed by their fans, in the Checkatrade final and it will be a good occasion. It will be a tough game as they are a very good side, but I feel we can win it.

“If we can win at Wembley and then take that into the league and get ourselves promoted, it would be perfect.”

“I’ve already had one promotion here and to get another one would be unbelievable. The main thing this season is to get promoted.”

Last Saturday’s 5-1 thumping of Evans’ former club Bradford – he netted the opener from the spot – came on the back of reaching Wembley and is a sign they mean business.

With 12 goals to his name this season already, he’s one of the men Jackett will be relying upon at the business end of the campaign. A switch of position from his more accustomed right wing role has paid dividends.

“I’m playing as an attacking midfielder in the No.10 position,” said the former Macclesfield, Rotherham and Fleetwood man. “I hadn’t played it until this season and it was a bit strange at first, but I feel I have adapted and that I’m getting in the right areas.

“I’m pleased with my personal form and that I’ve been able to contribute to the team. We have to concentrate on the league at the moment, but all the lads are really excited about playing at Wembley. If we can win and I could score a goal in the process that would be the icing on the cake.”

If Pompey can get the better of Jack Ross’ resurgent Black Cats, then Evans could be the one lifting the trophy.

“Brett Pitman is our official captain, but he hasn’t been starting as much recently,” added Evans. “As the vice-captain, it’s come to me and I’ve taken it in my stride.

“I’ve worn the armband at a couple of previous clubs and I’m proud every time I wear it at Portsmouth. I’ve taken a bit more responsibility.”