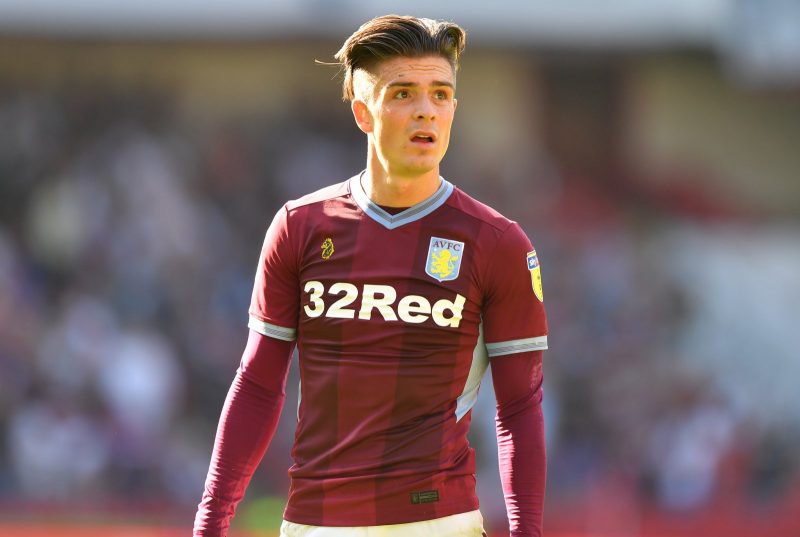 Aston Villa star Jack Grealish has revealed just how close he came to leaving his boyhood club over the summer.

Speaking to the Telegraph, the 23-year-old admitted that he was sure that the game against Hull City on the first day of the season would be his last for the club, with Tottenham Hotspur looking likely to swoop.

“At Hull, I was 95 per cent sure it was going to be my last game.” he said. “I waved to the fans when I got taken off as I thought I was going. Even on the Thursday morning of the transfer window, I thought I was leaving.”

Although he confesses that he was initially disappointed that the prospective move to Spurs broke down, he now insists he is happy to stay at Villa, and signed a new five-year deal this week,

““Of course, there’s going to be disappointment there.” he said. “You’ve just got to look at what Spurs have done this season. They’ve beaten Manchester United 3-0 at Old Trafford, they’re playing Barcelona in the Champions League next week. I felt that if I’d gone there I could have maybe been in the England squad by the end of the year.”

“It’s not like I was devastated it didn’t happen, though, because I’ve still got to realise how lucky I am to be playing for my boyhood club. I’ve played over 100 games for Villa and I’ve only just turned 23.”

Grealish will be looking to inspire his side to bounce back from their 2-1 loss to Sheffield Wednesday last weekend when they travel to Bristol City on Friday night.