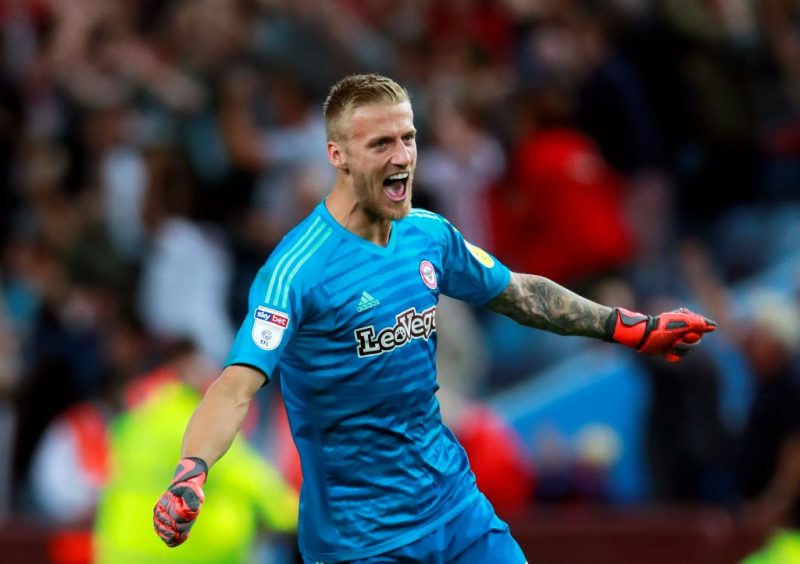 AS A goalkeeper for the club that have at times been branded the Barcelona of the EFL on social media, Daniel Bentley knows better than most about what it takes to play out from the back.

The 25-year-old has been an integral part of Dean Smith’s Bees vision over the past two seasons, working tirelessly on his game in that time to provide the base for the Bees’ eye-catching style, which has led to some fans comparing them to the Spanish giants.

And having just missed out on the play-offs last season, Brentford’s promising start to the new campaign has already seen them being tipped as promotion candidates.

But despite being touted as the best in his position outside the Premier League, former Southend man Bentley admits he still has room to improve when it comes to being a sweeper-keeper.

“It’s something that I had to develop a lot from when I came from Southend – in League Two and League One, it’s not something that you have to do often,” he said.

“I believe I have got a lot better at it and I’m more than comfortable and confident with the ball at my feet.

“When I first came, I was more than capable technically but in terms of confidence, that was something I had to build on and I can still get better in terms of my technique and my range of passing.”

Bentley’s transition from a traditional shot-stopper to a goalie just as adept with his feet has not been without its hiccups as evidenced by the defensive mix-up that let in Benik Afobe in a draw at Stoke earlier this month.

But it happens to the best of them, with Bentley taken aback when he sees Arsenal goalie Petr Cech or England outcast Joe Hart come in for stick.

“Petr Cech has been disrespected in the press,” said Bentley. “I’ve read a lot of ‘old dogs can’t learn new tricks’ and that kind of thing but for someone of his stature and calibre, and the career that he’s had, I think he deserves a bit more respect than that.

“It’s very similar to Joe Hart – Pep Guardiola has decided that he wasn’t fit for the model that Manchester City have got and he was surplus to requirements.

While Brentford were unbeaten in the Championship heading into this weekend, the Bees have also raised eyebrows off it with their decision to scrap their traditional captaincy in favour of a voting system.

The innovative approach resulted in Bentley wearing the armband for a 2-0 win over Sheffield Wednesday at Griffin Park last Sunday – seemingly, the approach has gone down a storm.

“It is a little bit of a vote,” he explained. “We want 11 leaders on the pitch, seven on the bench and whoever is left out is also a leader. We want leaders everywhere.

“We don’t want it to be the responsibility of one individual who is the captain and the rest kind of let the captain do his job. We want 11 people who are all capable of being that leader.”