Lamps shines light on cause 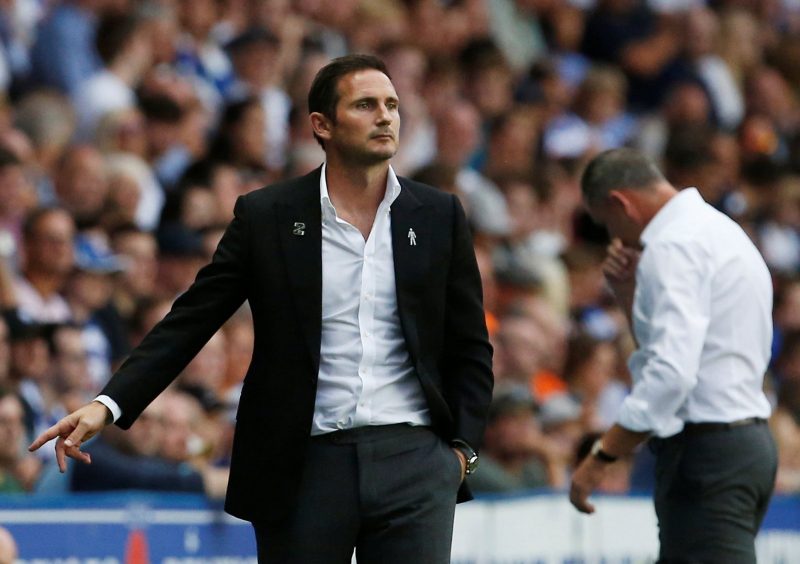 Derby County manager Frank Lampard has given his full backing to Prostate Cancer UK’s latest plans to tackle the killer disease – and bring rival fans together.

The charity has announced an official partnership with two sets of Championship rivals – Derby and Nottingham Forest, and Queens Park Rangers and Millwall  – which will see the EFL clubs unite off the pitch this season to help raise vital funds and awareness of a disease that kills one man every 45 minutes.

All four clubs will support the charity through a structured calendar of activity, including dedicated match days and collections in their respective fixtures, special stadium events and Prostate Cancer UK’s ever-popular Football to Amsterdam cycle ride, which returns for a seventh year next June.

The deal follows a successful recent six-year charity partnership between Prostate Cancer UK and the EFL, which saw all 72 member clubs adopt the charity’s ‘Man of Men’ logo on the back of their shirts.

That relationship will continue through legacy activity over the next two seasons, which includes the support and promotion of Football to Amsterdam via the EFL until 2020.

The new initiative has been praised by Rams boss Lampard.

The 40-year-old former Chelsea and England midfielder said: “To know that we will lose one man to prostate cancer every 45 minutes is a shocking and saddening stat, and one that we need to confront and tackle head on. More than 11,000 men die of prostate cancer every year. I’ve worn Prostate Cancer UK’s Man of Men pin badge and I know Derby have backed the charity’s work in lots of ways over many seasons now. It’s excellent to see the club are continuing that strong support during the 2018/19 campaign.

“Football remains a fantastic vehicle for driving awareness and raising funds to combat the disease which will affect one in eight men in their lifetime.”

At the heart of the new partnerships is a message of footballing rivals coming together for one cause – to help stop prostate cancer being a killer.

He said: “Prostate Cancer UK’s work in football has been so important in helping men be more aware of the risks of the disease.

“Derby and Forest uniting to support Prostate Cancer UK is great. Myself and Keith came together on the Football March for Men and I’m sure we will be friends for years to come, regardless of results during the season. Let’s hope we are the first of many fans to unite to fight this disease.”

Prostate Cancer UK have also teamed up with League One Southend United to become the official shirt sponsor for both the club’s home and away kits this season.

For more info about Prostate Cancer UK’s work in football, go to https://prostatecanceruk.org/football or to buy a Man of Men pin badge, text BADGE to 70004.